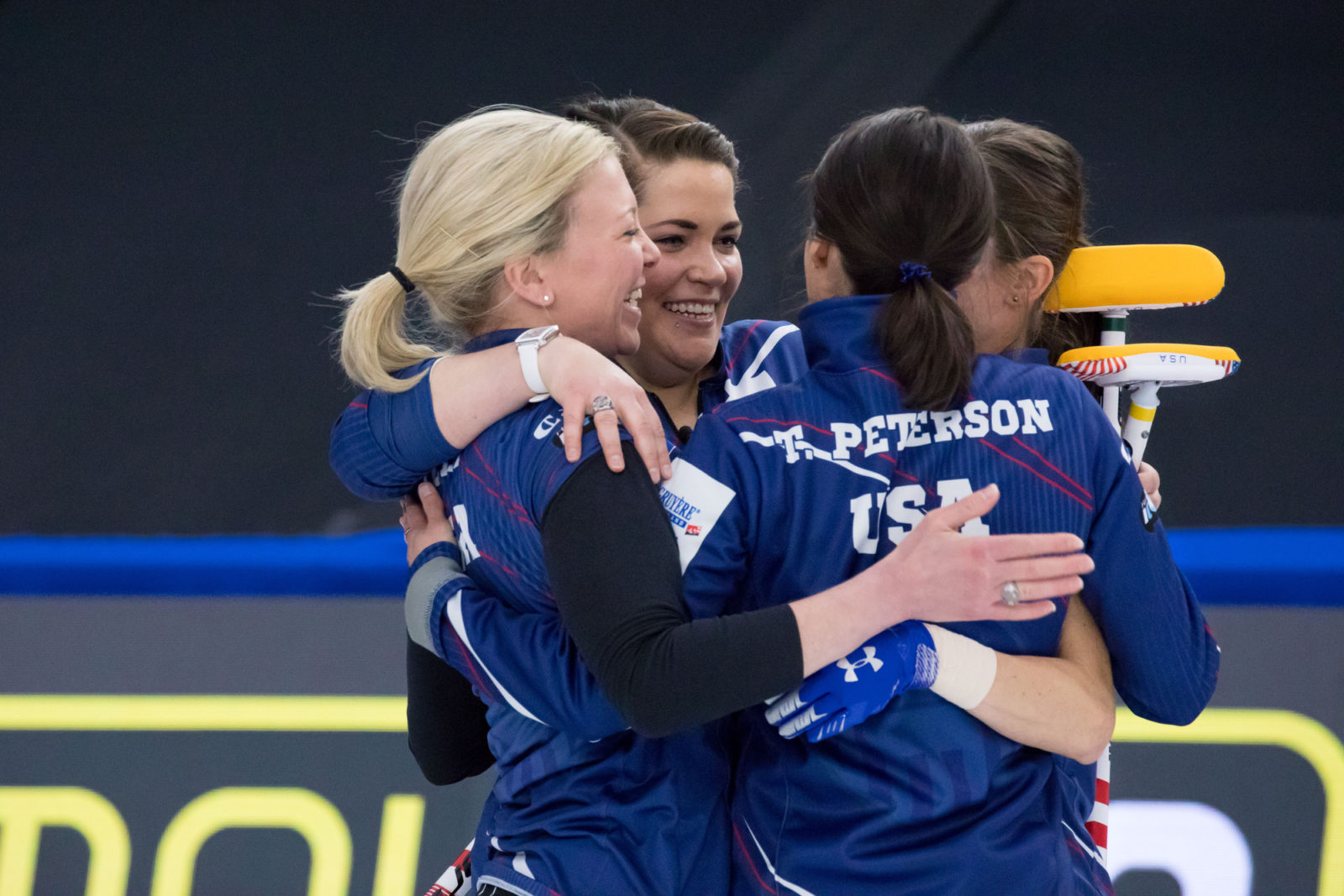 United States defeated Sweden to win the bronze medals at the LGT World Women’s Curling Championship 2021 on Sunday (9 May) morning at the WinSport Arena at Canada Olympic Park in Calgary.

Sweden blanked the first end of the game. Then in the second end, after pressure from United States, Hasselborg was forced to draw to the four-foot ring with her last stone to open the scoring with one point.

Facing multiple Swedish shot stones in the third end, United States skip, Tabitha Peterson attempted to promote one of her own stones into shot position, but that stone spun through the four-foot ring to give up a steal of one point.

Then in the fourth end, Hasselborg tried a runback double take-out to clear the United States’ stones from the house. But one of the American stones jammed, allowing Peterson the chance to draw for two points. However, her final stone was short of the four-foot ring, only scoring a single point for United States.

In the fifth end, Sweden faced a United States shot stone sitting on the button. With her final stone, Hasselborg attempted a hit-and-roll on a wide Swedish stone to put themselves in shot position but were unable to remove the United States stone from the button and gave up a steal of one point, leaving the score level at 2-2 going into the fifth end break.

Sweden started the second half with the first multiple-point score of the game. Hasselborg played an open tap on a United States stone in the four-foot ring to score two points.

Then in the seventh end, Peterson played a raise take-out — and kept the shooter around — to remove the lone Swedish stone in the house to score five points and take a 7-4 lead.

Peterson played another take-out with her final stone of the eighth end to remove the Swedish shot stone and sit two United States counters, forcing Hasselborg to play the draw for one point.

In the ninth end, United States sat two shot stones before Peterson threw her final stone of the end. The draw was heavy, but the score of two points was enough for Sweden to concede with the score 9-5 to United States.

United States skip, Tabitha Peterson said after winning bronze medals: “We’re so excited! We had a good hard-fought week, so it feels really good to end on a win and finish things off. We did as much as we could with what we were giving, given the circumstances, so we just tried to do all the little things to make sure that we took care of everything and left it all out there on the ice.”