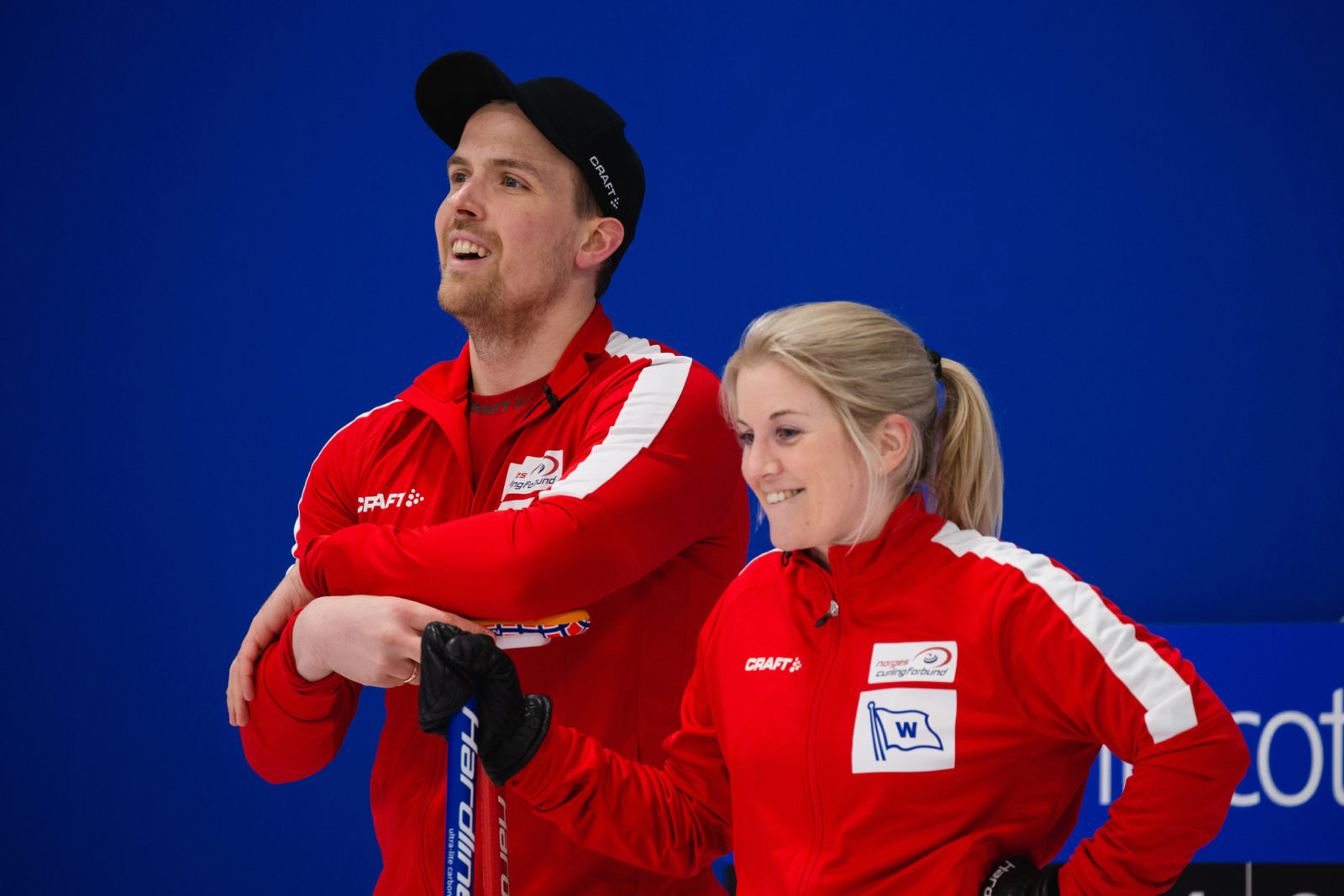 Defending champions Sweden faced Norway in the first of the World Mixed Doubles Championship semi-finals on Saturday (22 May) afternoon in Curl Aberdeen, Scotland.

The Swedes started with last stone advantage and scored one point in the first end. In the second end, there was no route for Norway’s last stone to reach a scoring position, so the Norwegians had to settle for just one point to level the game.

Sweden had built a strong position in the third end, and when Almida De Val drew her last stone into the house, they made the first breakthrough in the game with a score of three points.

Norway partly retrieved the position in the fourth end when Kristin Skaslien scored two points with her final draw, to go into the break just one point down as Sweden led by 4-3.

In the fifth end, Norway were able to draw level, at 4-4, with a single-point steal when Sweden’s last draw was slightly wide and nudged at the wrong angle.

Sweden took the lead again in the sixth end when they opted for a power-play that eventually allowed De Val to have a nose-hit on a Norway stone and score two points.

Norway selected their power-play in the seventh end and Skaslien drew her final stone into position to score two points and level the score again, at 6-6.

The eighth end came down to a final draw for the Swedes. This time De Val was too heavy, with her stone slipped just past a Norway stone already sitting in the house, giving up a steal of one point and Norway the 7-6 win.

Norway will now face the winners of the second semi-final between Canada and Scotland for gold medals, while Sweden will play the losers for bronze medals.

Afterwards, Norway’s Magnus Nedregotten said: “We played a good game there. We put them under pressure in the middle of the game, but in the end they had a draw — I feel sorry for Almida about that shot, but that’s curling.”

Looking forward he said: “Who do we want to play?  Either way, we’ll be up against some of the best players in the world.”

At the same time as this semi-final, Czech Republic and United States played off for the seventh available place in the Beijing 2022 Olympic Winter Games.

The Czechs had the better start, with Zuzana Paulova drawing for three points in the first end.

In the second end, America’s Joe Polo skimmed a guard as he attempted a delicate tap, to give up a steal of two points as the Czechs took a 5-0 lead.

United States then scored in the next three ends to reduce the Czech lead to 5-4.

In the seventh end, Polo played a heavy-weight hit to clear out Czech stones, scoring two points to level the game at 6-6.

In the eighth end, Polo faced two Czech counters when he played his last draw, which was too heavy, giving the Czechs a score of two points and an 8-6 win without having to play their last stone.

This puts Czech Republic into the Olympic line-up and a delighted Zuzana Paulova said: “It’s huge for us. The Czech Federation will be very happy.  It is their ambition to be at the Olympic Games, and I hope this will help to promote curling in our country.  It’s hard to believe that we’ll be ambassadors for the sport.”