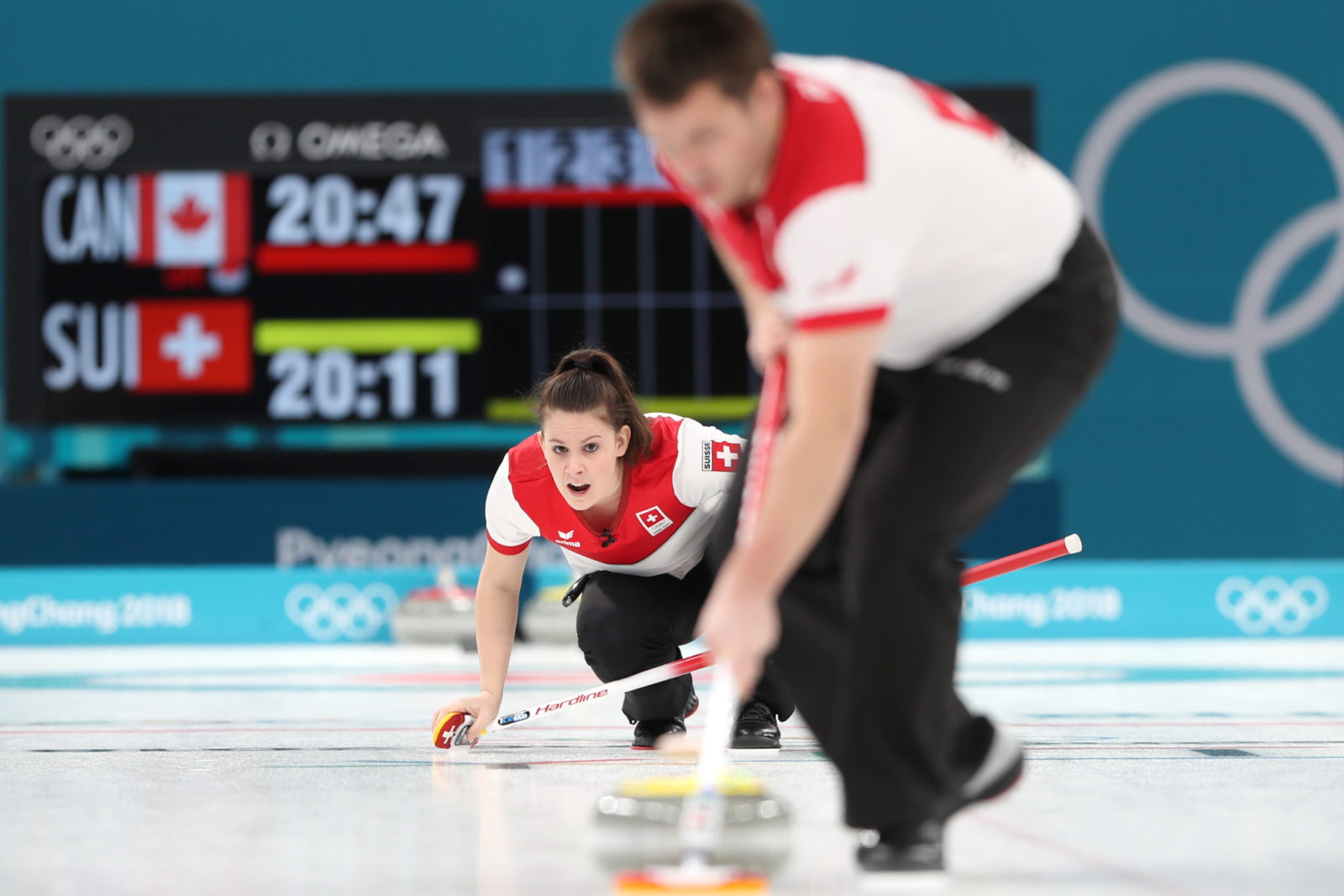 Due to take place between 17–23 May, this championship sees teams representing 20 international Member Associations, and is the fourth event to be staged by the World Curling Federation in a 2020–2021 season truncated by pandemic challenges.

To allow this competition to go ahead, and to keep all players and competition officials and event staff safe, special Covid-secure arrangements have been developed in consultation with the Scottish government and relevant authorities.

Until 2019 — when a record 48 teams competed — the World Mixed Doubles was an open-entry competition, available to all Member Associations. However, from the 2020 edition of the championship onwards, it was agreed to limit the field to the top twenty eligible Member Associations.

This new approach was due to be used at the 2020 edition of the championship in Kelowna, Canada, which was cancelled because of COVID-19.

The Member Associations who qualified for last years’ championship, will now compete at the 2021 championship. This edition will be the thirteenth World Mixed Doubles Championship to be held since competition’s first event held in Vierumaki, Finland in 2008.

Divided into two round-robin groups, the 20 teams are:

Among these teams, in Group A:

Round-robin play begins on Monday 17 May and continues until Friday 21 May. The round-robin stage will determine the top three teams from each group, who then move onto the play-offs.

The bronze medal game and the gold medal final will both be staged on Sunday 23 May.

At the foot of the round-robin rankings, the teams finishing at the bottom of each group will be relegated to next season’s World Mixed Doubles Qualification event.

There will be relegation games that will see the eighth ranked team of each group playing the ninth ranked team the other group. The winners of these games will become the last two of sixteen teams to qualify directly for next year’s championship, while the losers will move onto next season’s Qualification Event.

While the stakes are always high at any World Championship, this event also acts as the only direct qualifier for the Beijing 2022 Olympic Winter Games mixed doubles event.

The Olympics will involve ten teams (expanded from eight teams when Mixed Doubles made its debut at the PyeongChang 2018 Olympic Winter Games) and the results from this world championship will qualify seven of these, in addition to hosts China.

The remaining two available places in the Olympic line-up will be determined at an Olympic Qualification Event later in 2021, with all teams taking part in this championship that have not qualified directly eligible to compete.

World Curling TV will be broadcasting a single game from each session of play during the round-robin stage. A single Qualification game will then be broadcast, then followed by each semi-final and both medal games.

The initial broadcast on Monday 17 May will feature Canada versus Spain at 17:30 British Summer Time (BST), which is Universal Coordinated Time (UTC) +1 hour. Hosts Scotland will first appear in the broadcast game at 09:00 on Wednesday 19 May.

For more information about the games being broadcast on World Curling TV and with our broadcast partners around the world, visit https://worldcurling.org/events/wmdcc2021

What is mixed doubles?

Mixed Doubles made its Olympic debut at the PyeongChang 2018 Olympic Winter Games.

Instead of playing in teams of four, mixed doubles curling is for teams of two players – one female and one male (no alternate player is allowed). The game is played on the same sheets of ice as “traditional” curling, with some differences, including:

The World Mixed Doubles Curling Championship 2021 is made possible by the funding and support of Event Scotland and the National Lottery funding provided by UK Sport.