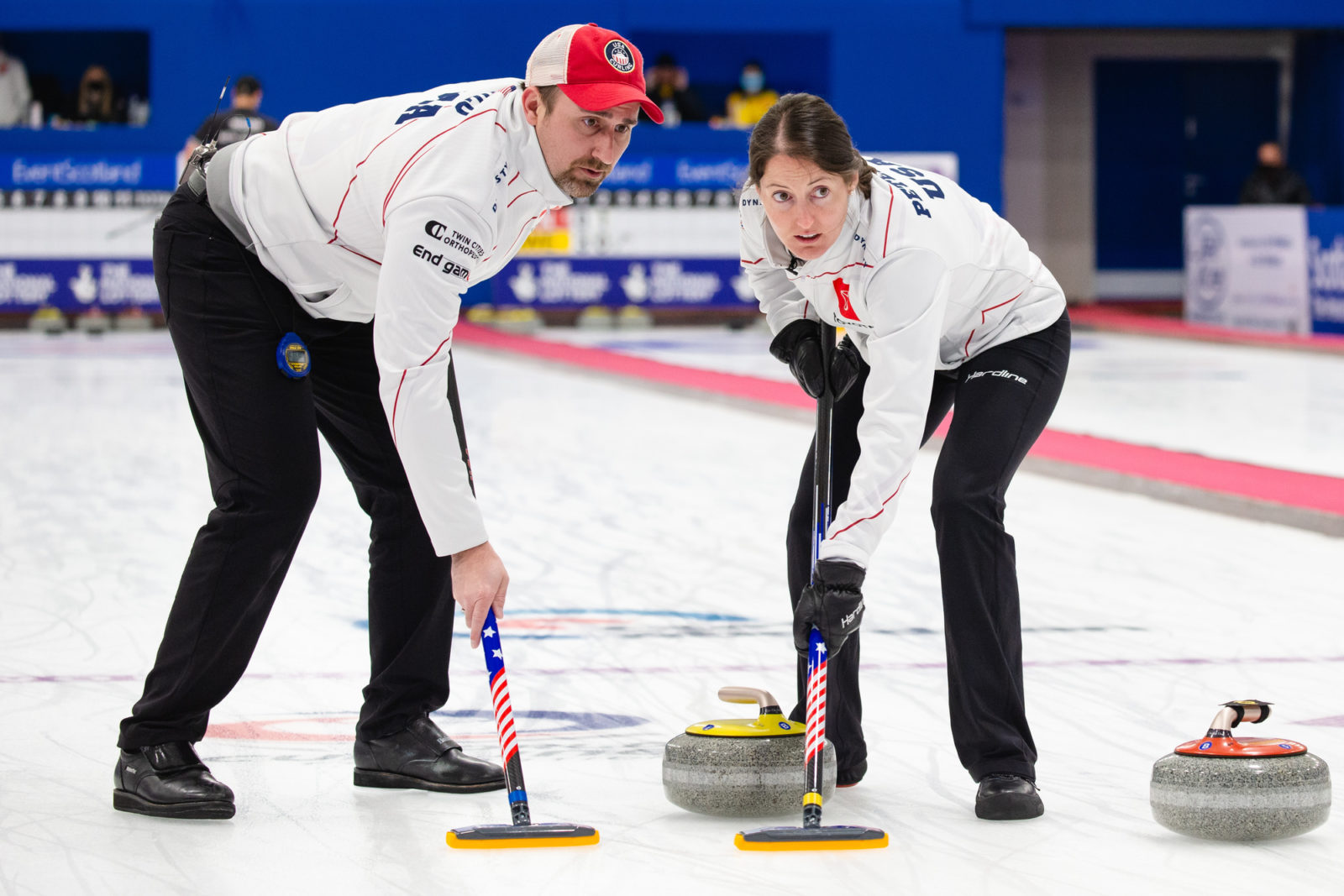 With the three teams already qualified for the weekend play-off stage — Sweden, Norway and Switzerland — the focus of the last Group B round-robin session turned to who would finish fourth in the rankings to give themselves a chance of joining these three in next year’s Olympic Winter Games.

However, the Finns had a strong start, scoring four points in the first end, then stealing another point in the second end for a 5-0 lead.

After this, the Americans fought back to take a 7-6 lead. After Finland levelled the scores, at 7-7, in the seventh end, United States had last stone advantage in the eighth end. Joe Polo then played a double take-out to score two points for the 9-7 win.

This means that the Americans will now face whichever team finishes fourth in Group A for the seventh and final Olympic spot available from this event.

Afterwards, United States’ Tabitha Peterson said: “That was a tough first couple of ends for us, but we had a strong second half and we got into some good positions,” adding “now it’s one more game – one more win and it’ll be fine.”

Joe Polo also reflected on the team’s next challenge, saying: “If we can just keep playing like we did for those last six ends there, I quite like our chances. It’s been a bit of a struggle for us this week, stringing a lot of shots together. We did it there, so if we can continue that…”

Sweden have unbeaten round robin

Norway set themselves on the way to their eighth win of the week in their game against Japan, when Kristin Skaslien played a nose-hit on a Japan stone in the second end to score four points and take a 4-2 lead. Norway went on to win by 11-5.

Also in this session, Estonia faced England. Estonia opened the scoring with three points in the first end before finishing the game off with a score of four points in the seventh end for an 11-5 win.

This was a second win of the week for Estonia, but they finished in tenth place, to be relegated to next season’s qualification event.

Afterwards, Harri Lill said, “It’s nice to finish with a win, but I guess we had more in us than just two wins. Sometimes you have to learn, the most difficult thing was that we had a chance to win more games but just couldn’t turn the last few ends towards us. It wasn’t our week.”

In the fifth game of this session, China faced a New Zealand team looking to claim the fourth place and chance at Olympic Qualification.

China had a 4-2 lead at the break, but the New Zealanders fought back in the second half. In the sixth end, Courtney Smith drew inside four Chinese stones lying in the house to score one point to reduce the deficit. Then, in the eighth end, Smith was heavy and through with her final draw, giving China a 7-4 win.