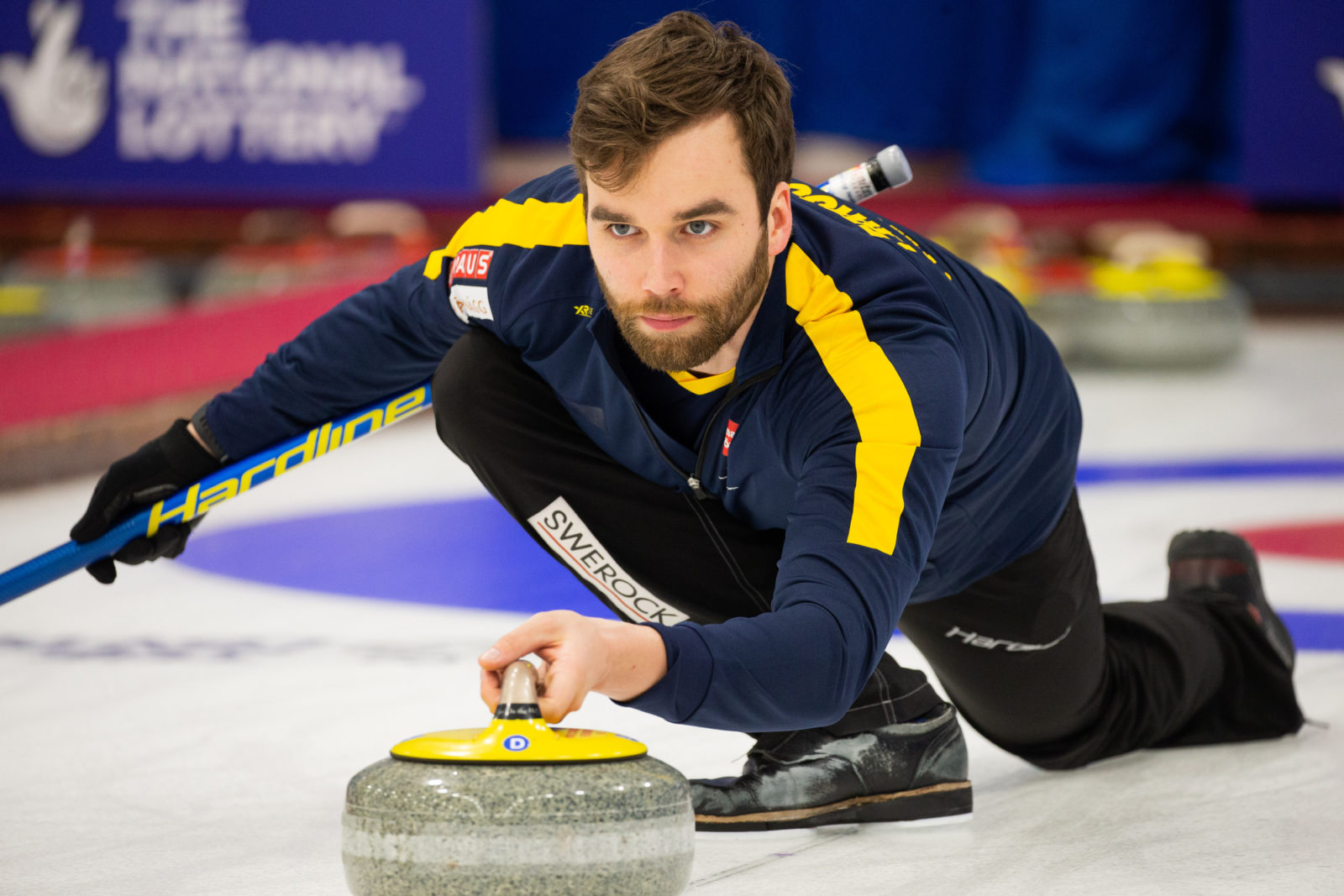 Sweden and the United States remain unbeaten at the top of the Group B rankings after Tuesday (18 May) night’s third round-robin session at Curl Aberdeen. Meanwhile, England and Japan both recorded their first wins.

Defending champions Sweden faced Norway and, after opening with a score of three points in the first end, looked to be in control, leading by 6-2 as the teams played the sixth end.

But in that sixth end, Norway’s Kristin Skaslien tapped her last stone into what was already a crowded house, to score three points and reduce Sweden’s lead, to 6-5.

Eventually, despite Norway’s best efforts, a steal of three points in the eighth end by Sweden closed the game with the score, 10-5.

After the game, Sweden’s Oskar Eriksson said: “It feels great, this is just the start we wanted in the championship. There’s a lot of good teams here and only three teams qualify from our pool. We need to aim to win seven games to be in that spot, so this game against Norway was huge. Norway responded well and it came down to the last shot.”

United States keep pace at the top of the table

United States beat Estonia, by 6-5, to join Sweden at the top of the table, but had to recover from being 1-4 down at the halfway point to do so.

A single point in the fifth end, followed by a steal of two points in the sixth end brought United States level. Then, trailing 4-5 going into the eighth end, a score of two points for the American’s was enough to take their third win of the week.

China faced England and going into the fourth end China held a 2-1 lead.

England stole two points in that fourth end, when a China hit could not dislodge England stones, to take a 3-2 lead into the break.

Later, in the eighth end, with England leading by 5-4, another clear-out attempt by China left three England stones lying in shot position to seal England’s first win so far, by 9-4.

And reflecting on their previous games, she added: “We were really close in our last two games, both came down to the last shot, and I have to say we felt a bit unlucky, so it’s great to get the win this evening.”

Japan also recorded their first win when they beat Finland in this session.

In the second end of this game, Finland’s Oona Kauste could not remove three Japan stones, and this gave the Japanese a 4-0 lead.

In the seventh end, Japan played a hit to score the two points that gave them their win, by 8-3.

Switzerland climb up the table

In the fifth game of this session, New Zealand played Switzerland.

The Swiss were leading by 5-2 in the seventh end, when New Zealand’s Courtney Smith drew her final stone onto the button to score one point and reduce the Swiss lead to 5-3.

However, in the eighth end, Switzerland played a hit to run New Zealand out of stones and win by 5-3.

“We’re still trying to find our game and we’re struggling a little bit,” explained Switzerland’s Martin Rios. “But we’re just going step-by-step and game by game, trying to improve and finding our level. We’re not happy yet but at least we’re getting some wins.”