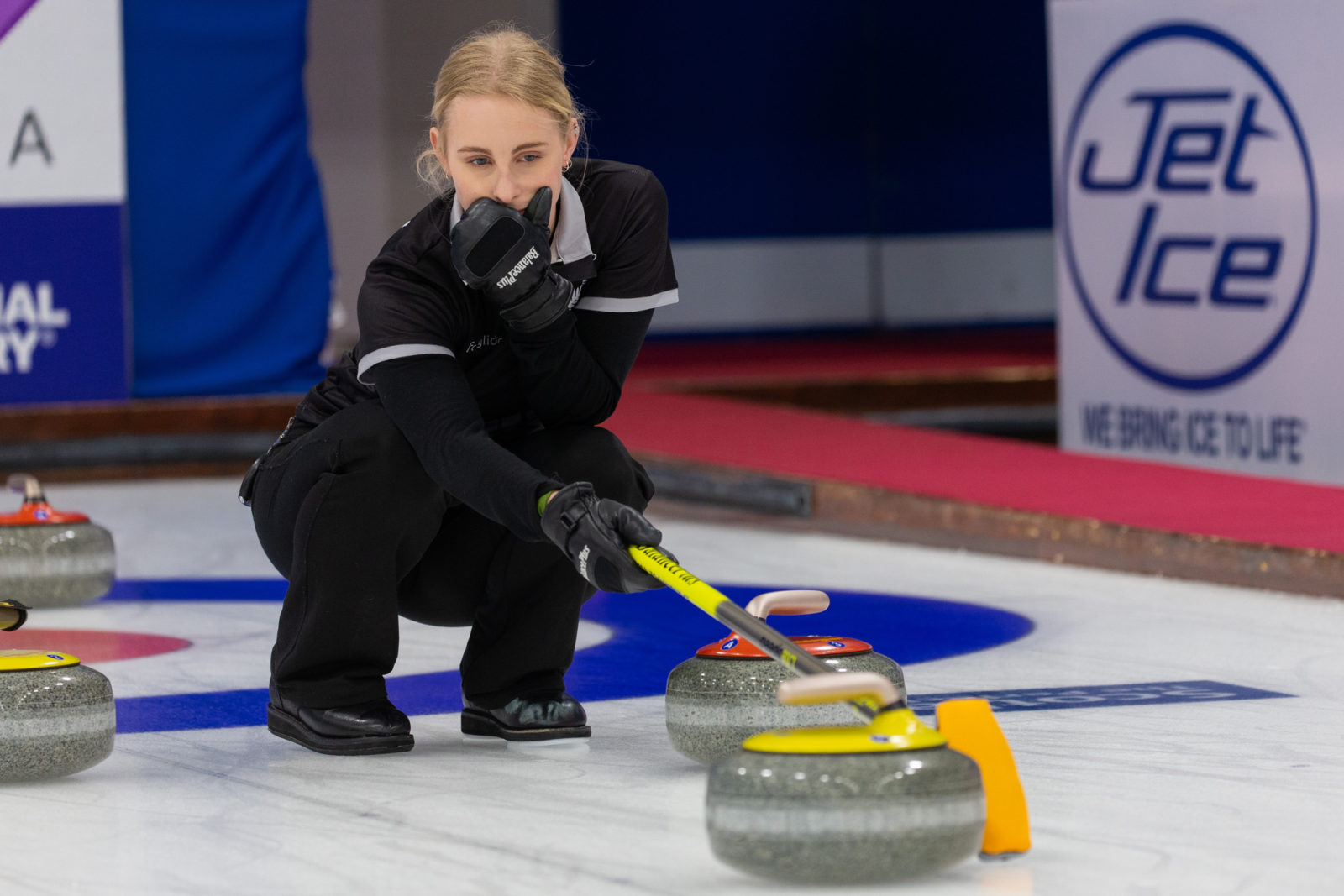 New Zealand recorded their first win of the championship in Tuesday (18 May) afternoon’s second session of Group B round-robin play in Curl Aberdeen, Scotland.

It took all the way to an extra end, but thanks to a perfectly delivered final draw by their female player Courtney Smith, New Zealand beat England, by 7-6. More than that, for a delighted Smith, it was a first-ever win at world level.

Despite the win, Smith was still not completely happy, saying: “That wasn’t the game that we wanted. I think there were times when I should have made more shots, but we managed to keep it calm”. However, she still managed a smile, adding, “this is my first win at a world event, so it’s nice to get one on the board.”

The game between Switzerland and China also went to an extra end.

Trailing by three points after five ends, China used their Power Play to score a single point in the sixth end, then stole single points in both the seventh and eighth ends to level the score.

Tied at 6-6, Switzerland player Jenny Perret’s last attempted nudge-shot in the extra end was just mis-judged, giving China a steal of two points and their first win, by 8-6.

Later, China’s male player Zhi Ling said: “It is difficult to win here, so we’re very pleased. We feel that our performance is not at our best yet, the ice conditions here are different from what we’re used to in China.”

Japan and United States played each other in this session, and in the fourth end, Japan’s male player Yuta Matsumura drew his final stone to score one point and increase his team’s lead to 4-2.

In the seventh end, United States’ Joe Polo drew his final shot onto the button to score two points and level the game, at 6-6 giving Japan last stone advantage in the games eighth end.

Then, in that eighth end, Japan were  heavy with their final draw, giving United States a steal of one point and a 7-6 win that puts them in joint top spot on the round-robin standings.

Both Estonia and defending champions Sweden had won their openers before they faced each other in this session.

Sweden opened the scoring with a steal of three points when Estonia’s last stone came up short.

In the seventh end, Estonia were down by 4-9, but a score of two points reduced Sweden’s lead to 9-6. However, after this end, Estonia conceded the game.

This second victory puts Sweden into a three-way tie at the top of the group standings.

In the fifth game of this session, Norway faced Finland.

Norway held a 6- 2 lead after five ends, but in the sixth end, Finland’s Oona Kauste nudged a Norway stone, to score two points and reduce the deficit.

Norway went on to win by 8-4, putting them into the three-way tie at the top of the table along with Sweden and United States.