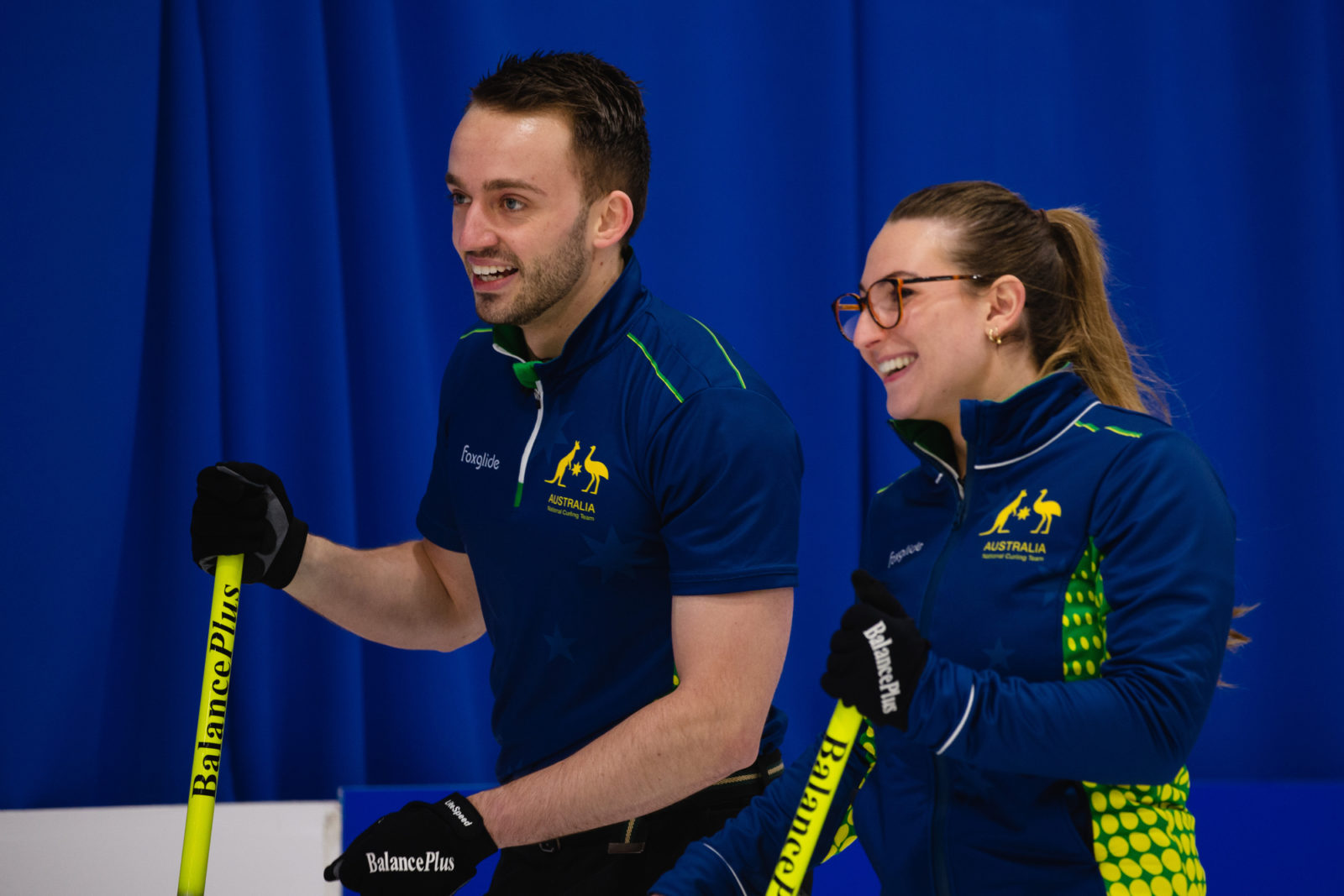 Australia and RCF both recorded their first wins of the week in Wednesday morning’s fourth Group A round-robin session, while all three of the previously-unbeaten teams in the Group – Canada, Czech Republic and Scotland — suffered their first losses.

Canada opened the scoring against Australia, scoring two points in the first end with a controlled draw by Kerri Einarson.

Australia responded with two points of their own in the second end, before the teams traded two-point scores to go into the break tied at 4-4.

With Australia leading, by 7-5, in the eighth end, Canada’s Einarson accidentally nudged an Australian stone into scoring position to give up a steal of one point and Australia an 8-5 victory.

After this win, Australia’s Dean Hewitt said: “It feels great, finally we got to put a full game together. Last night we had a really good first five ends and then fell away a bit with a couple of errors. We just wanted to come out today and put a full game together. Especially in that last end, we got our draw weight really good and put them under a bit of pressure for that last one.”

RCF get first win on the board

RCF faced Scotland in this session and the Scots held the last stone advantage and a 6-5 lead as they played the eighth end.

However, Scotland’s Jennifer Dodds was heavy with her final draw attempt, giving up a steal of two points and handing RCF their first win, by 7-6.

After the game, RCF’s Aleksandr Eremin said: “We played much better today compared to the two previous days. Finally, we played like we usually play, so it’s a very great result because of this.”

Hungary faced the previously undefeated Czech Republic in this session in a tight game.

With the teams tied at 6-6 going into the eighth end, Czech Republic’s Zuzana Paulova facing three Hungarian shot stones, came up short with her last draw. This meant Hungary had no need to throw their final stone and scored the single point from the end to claim their 7-6 win.

“It was obvious that it was going to be a tough game, we’ve been fighting against this team for eight or nine years, and it’s always a good fight – we know them well,” said Hungary’s Zsolt Kiss. “That was an important win – we’re still fighting for the play-offs.”

Italians move into joint first place in the group

Germany faced Italy in this session and opened the scoring with three points in the first end, when Pia-Lisa Schoell hit out two Italian stones in the house.

In the eighth end, Italy were ahead, by 8-6, when Germany’s attempt to score two points went wrong, giving Italy a single-point steal to complete the 9-6 victory.

This win means Italy join the four-way tie at the top of the rankings.

In the fifth game of the session Korea beat Spain, by 8-5, opening with a score of three points in the first end.

This result leaves the Spanish as the only team in the Group without a win.