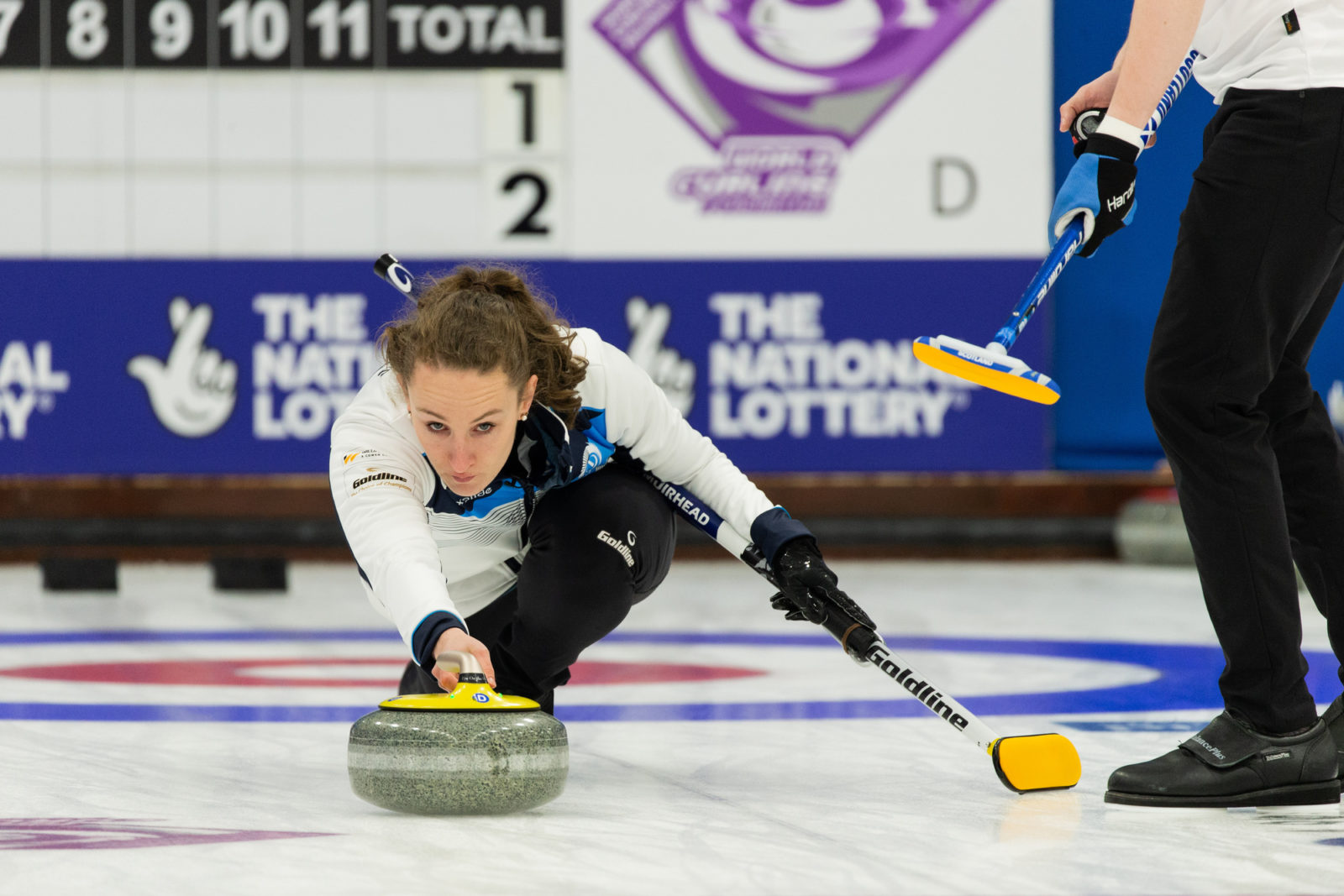 Hosts Scotland and — after an extra end — Korea were among the winners in Monday (17 May) evening’s opening session of play at the World Mixed Doubles Curling Championship 2021, being staged in a COVID-secure “bubble” in Curl Aberdeen, Scotland.

This session saw all ten teams in Group A starting their campaigns as the Scots faced Italy. After giving up a single-point steal in the first end, Scotland scored in the next three ends, following up a score of two points in the second end with steals in each of the third and fourth ends, to take a 5-1 lead into the break.

Italy could not build a response in the second half of the game and Scotland went on to win by 7-4.

Afterwards, Scotland’s Bruce Mouat said, “That was a good solid game. We just played great, which I’m pretty pleased with – it’s nice to come out playing like that in our first game. We got control of the ice early and capitalised in the first half.”

The game between RCF and Korea was tight until RCF scored three points in the fourth end, to take a 4-2 lead.

Korea then fought back, scoring one point in the fifth end and carving out single-point steals in the sixth and seventh ends, to take a 5-4 lead.

One point for RCF in the eighth end tied the game at 5-5 then, in the extra end, Korea’s Ji Yoon Kim drew for the one point that gave her team a 6-5 victory.

Canada faced Spain in this session and found themselves down by 4-0 after Spanish steals in the first two ends.

The game was tied at 6-6 after seven ends and Canada scored two points in the eighth end when Spain’s Oihane Otaegi was heavy with her final draw.

After the game, Canada’s Brad Gushue said, “I thought the Spanish team played really well early and we didn’t get the ends set up at the start. Then we started to execute a whole lot better in the last six ends of the game.”

Czech Republic faced Australia with the Australians putting points on the board first, stealing a single point in the opening end.

The Czechs responded with a score of three points in the second end, then went on to establish a clear 5-1 lead with single-point steals in both the third and fourth ends.

Czech Republic went on to win, by 9-3, and afterwards their female player Zuzana Paulova said, “That was fun. We thoroughly enjoyed it, it was great to be back on competitive ice and playing in a real competition. We’re here and we’re enjoying every moment.”

In the fifth game of this session, Germany beat Hungary, by 8-5, helped largely by scores of three points in the third and fifth ends.

“That was a little bit closer than we wanted,” said German male player Klaudius Harsch. “We had a little bit of a slow start, we had chances in one and two, but we just couldn’t capitalise. We finally got it together in the third end.”