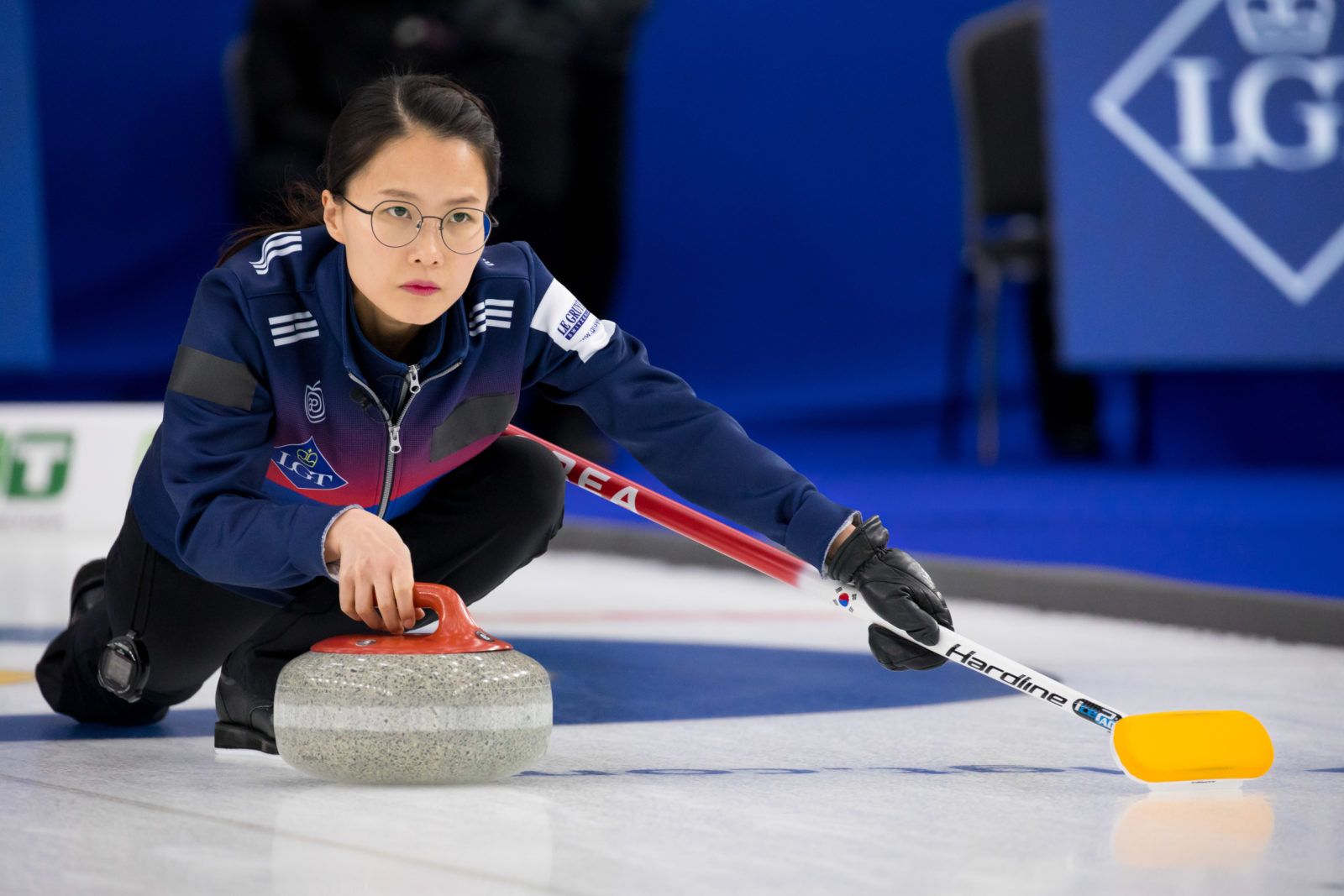 Almost three years since their last appearance at an international competition, the World Championship has provided the Korean women’s team with a renewed sense of optimism.

Korea claimed a historic silver at the PyeongChang Winter Olympics in 2018, but the Coronavirus pandemic – amongst other off-the-ice issues – saw the team led by EunJung Kim kept out of global action.

Kim’s reign as the country’s skip has seen curling progress massively in Korea, with the accolades beginning to trickle in before their monumental success in PyeongChang.

Korea’s return for the World Championship this year is another huge step in their journey, as they look to build on their memorable Olympic performance.

How EunJung Kim inspired a nation

Kim was a key component in several prosperous years for Korean curling, culminating in that silver medal at the Olympics.

At just 21-years-old, she skipped Korea to a bronze medal at the Pacific-Asia Championships (PACC) in 2012, before picking up a silver medal in the same event two years later.

Back-to-back PACC gold medals then came in 2016 and 2017 as Korea asserted themselves as one of the top women’s sides on the continent.

Donning her distinctive owl-eyed glasses as-ever, Kim returns to the ice in 2021 with high hopes for her Korea team.

“Our team has not been able to compete in the big competitions since the 2018 World Championship,” she explained.

“It is meaningful to participate on the international stage again without changing the [team] members. I am looking forward to seeing if I can do well again.”

The pandemic saw curling brought to a standstill around the world, but Kim and her team have made the most of any chance they’ve had to get out on the ice.

“Not only our team, but all teams and players were [finding it] difficult to complete training due to the Coronavirus,” she recalled. “The training time was short, but we tried to increase our concentration.

“We couldn’t play a lot of games, so we did a lot of strategy training to the specific situation. And the Chang-min Kim (men’s) team helped a lot, including practice games.”

Kim cast her mind back to the moment Korea clinched their silver medal at the Olympics, remembering how the country got behind her team as they overcame some of the world’s top curling nations.

“I am very happy and grateful for winning a silver medal while receiving a lot of support and interest during the Olympics,” she stated.

“There were many more outstanding teams, other than ours, at the Olympics. But these are unforgettable moments in my life that I am grateful for winning the medals.”

She explained her team’s mindset heading into the showpiece event, noting that their attentions were on each individual game rather than winning medals – something she believes worked in their favour.

“If we had aimed to advance to the finals during the Olympics, the results would have been different,” she claimed. “I believe that there will be good results as we focus on the process.

Korea’s performance at the Olympics had a profound impact on the popularity of the sport in the country, but Kim is eager to continue that success into the future in order to inspire the next generation.

“Since the PyeongChang Olympics, the Korean women’s curling team has grown a lot, but there are still many highly skilled teams around the world,” she pointed out.

“I want to be a team that always competes for the podium on the global stage. In Korea, I want to work hard to increase the number of teams who see our team and raise their dreams.”

Off the ice at the World Championships, the Korea team will be guided by the coaching duo of Peter James Gallant and Myung Sup Lim.

Lim, who has also been involved with coaching the men’s team in the past, is equally as eager as Kim to get back to competing at the top level.

“Watching international competitions such as the World Championships for the past two years, it was regrettable that we did not join,” he said. “But now, I’m more excited than worried. We also prepared a lot in Korea.”

Lim also reflected on the impact of the silver medal at the Olympics, and highlighted the influence Kim has had on Korean curling.

“After Team Kim’s silver medal at the PyeongChang Olympics, curling has become an impressive sport for Koreans,” he explained.

“Young people are playing a lot of curling with EunJung Kim as a role model. I believe that her international curling activities will play an important role in helping Koreans love curling more. Her curling highlights are just the beginning.”

He commented on the strong bond Kim’s team have formed after years of playing together, and called on his players to remain focused throughout the World Championship in Calgary.

“They are always bright and positive, [and] good friends,” he revealed. “It would be nice to see this kind of appearance in this competition as well.

“And I feel that curling is developing rapidly recently. There is no team that wins easily. It is a long tournament, so the emphasis is placed on maintaining concentration until the end.”

Lim affirmed that he is grateful to see Korea simply competing at international once again, but couldn’t hide his desire to win medals, which he believes would be a fitting reward for his team’s dedication.

“I think it’s more important to enjoy the moment and show a ‘Team-Kim-like’ performance.”