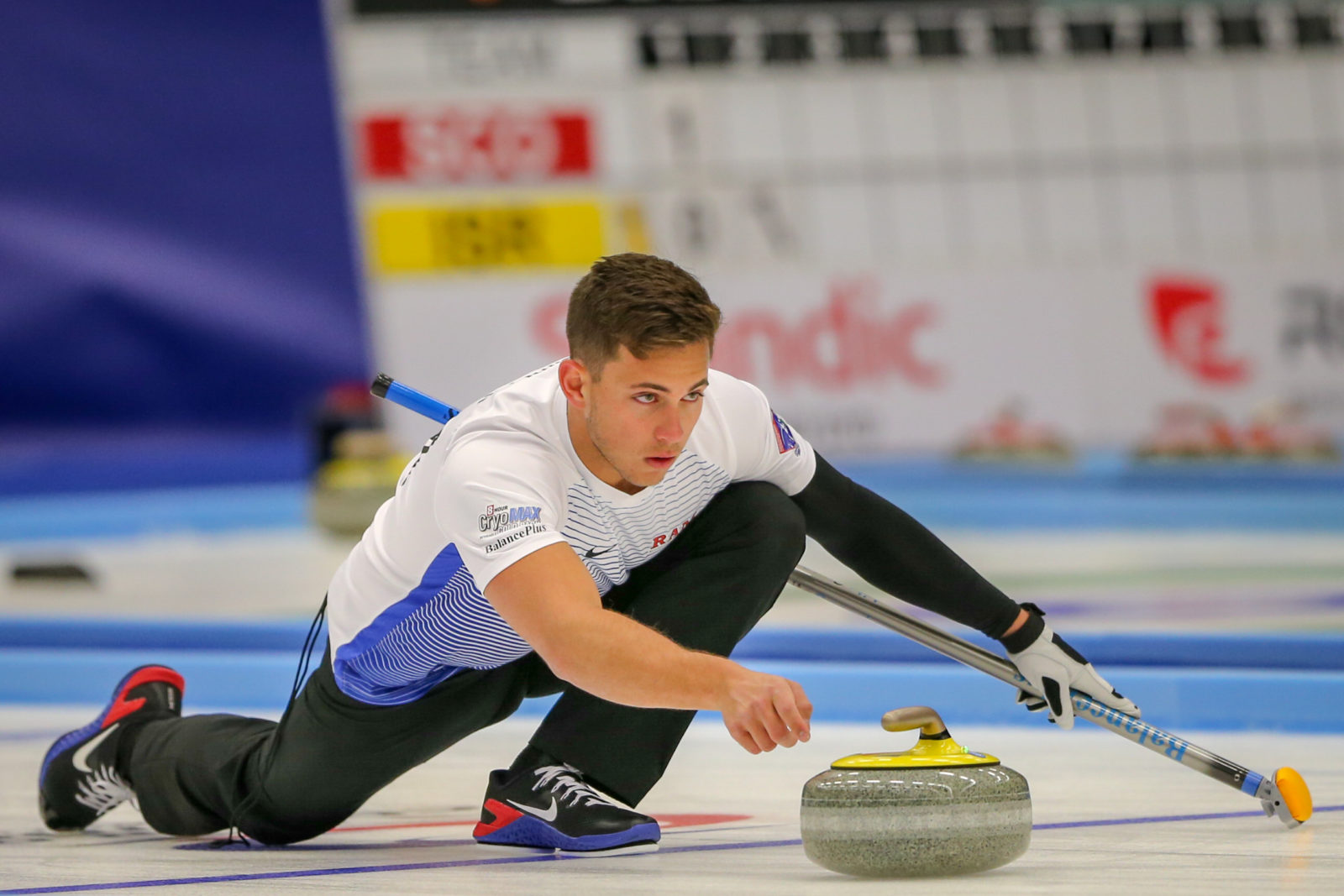 The glitz and glamour of the Olympics in Beijing can appear a far cry from America’s Midwest. While the pandemic has allowed many to slow down and reflect, Korey Dropkin has been spinning multiple plates in a bid to progress “outside of the curling world”.

Like many curlers, fitting training and competitions into a hectic working schedule is a skill on its own. Dropkin’s array of interests span from his career as a recently qualified realtor and landscaping for extra cash, to attending college and delivering curling seminars.

“I’ve been refocusing on a different career path, outside of the curling world,” says the 25-year-old American, who is finishing up his degree at the University of Minnesota.

“The pandemic has certainly pushed a lot of athletes to start figuring out what we’re going to do after sport – which is difficult because I’ve been curling all my life.”

To say a typical day for Dropkin is intense might be an understatement. A five a.m. alarm kicks off his morning and he arrives at the gym around half an hour later. This is followed by throwing 40 rocks, mainly focussing on line and delivery, before heading back home to shower and eat breakfast.

After several hours of studying, he shifts his attention to real estate work before attending a few more classes. A return to the curling club for “another round of reps” and some recovery ends his day as he hits the hay before nine o’clock. Dropkin is clearly a man of regime and dedication.

Why the unforgiving routine? Well, the runner-up at the 2018 United States Olympic Trials is fully aware of the challenges that lie ahead. In order to reach one of his Beijing 2022 goals, he needs to oust the current Olympic champions – Team John Shuster.

The teams train in close proximity to one another and are “good friends”. Dropkin even mentions he would love to cook him dinner, but the quartets are very “respectful of each other’s space”.

He says: “Team Shuster has every right to go back there and try to repeat their title, but they’re gonna have to get past a few good teams, including us, to get there. And I think we’re pretty hungry to get there.

Doubling up in Beijing

Of course, the four-person game is not Dropkin’s only focus ahead of Beijing 2022. He says he splits his time 50/50 between his traditional team and his mixed doubles partner Sarah Anderson.

The pair, who have known each other since they were 10 years old, have won two national mixed doubles titles, as well as a bronze medal at the Youth Olympic Games in 2012.

“Over the years we’ve become really good friends again and at this point, she’s kind of like a sister to me, alongside her twin Taylor.

“The journey we’ve been through together means we’ve got a tight relationship on and off the ice and it really helps with our communication skills.

“We know what we need in terms of supporting one another and what to say on the ice. All that factors in as a huge benefit for us as teammates when we go up against the best of the best.”

The opportunity to compete in both the men’s and mixed doubles disciplines at Beijing 2022 is something Dropkin relishes.

After coming so close to representing the stars and stripes in PyeongChang three years ago, the Boston-born skip is eager to make the next 12 months count.

“I think every athlete should have the opportunity to prove themselves in both [disciplines] just as Michael Phelps would do in his different races otherwise there’s no way we can catch up with his medal tally,” jokes Dropkin.

“Ever since I lost the final match in the best of three at the last trials, I have had this hunger to get to Beijing. To get so close and for it to be taken away is something that can either burn or fuel you.

“I think it’s fuelled me and my teams. I’m just really looking forward to getting another opportunity to fight for that title and earn our spot at the Olympics.”