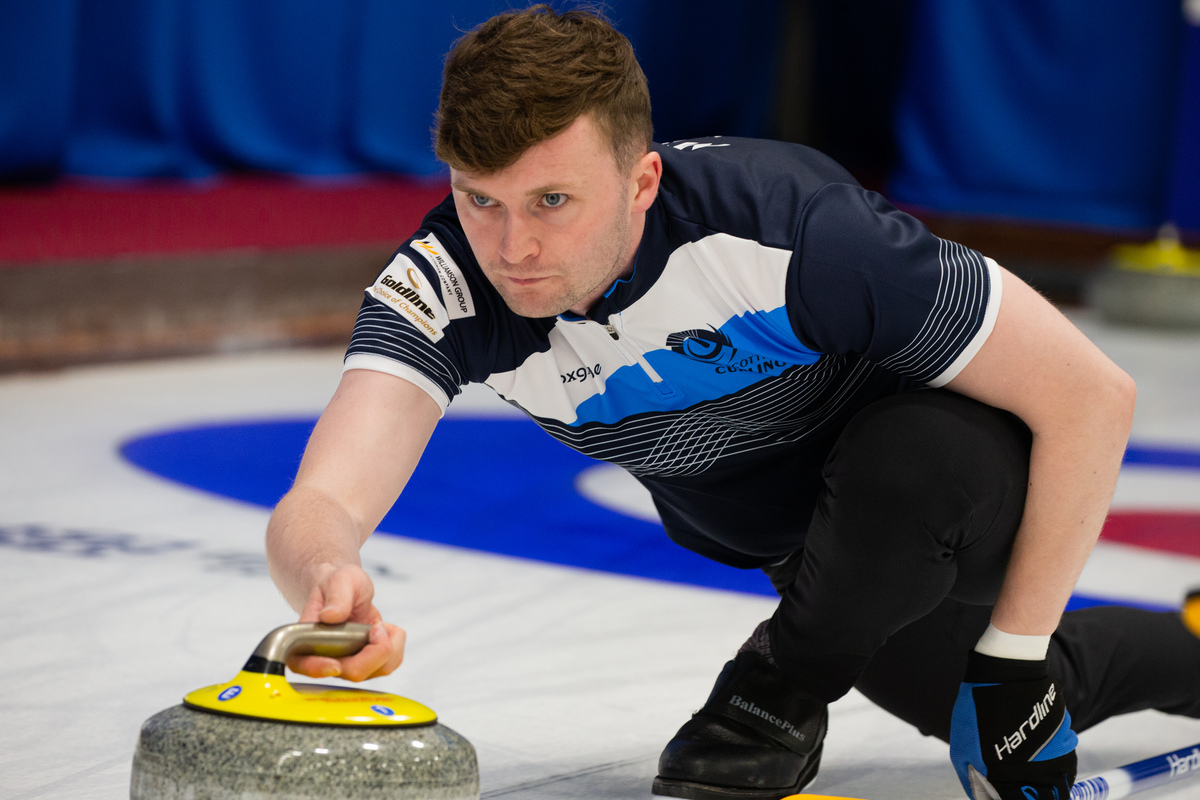 Scotland’s Bruce Mouat has enjoyed an almost flawless 2021 campaign so far as he takes on the world once again in the World Mixed Doubles Curling Championship in Aberdeen, Scotland.

The 26-year-old skipped his team of Grant Hardie, Bobby Lammie and Hammy McMillan to consecutive Grand Slam of Curling event victories – lifting the Champions Cup and Players’ Championship titles during a hectic April schedule in Calgary.

The only blemish – if you could even call a silver medal a blemish – was his team’s runner-up performance in the World Men’s Curling Championship 2021, where Niklas Edin’s Swedish rink topped Team Scotland in a closely contested final.

Other individuals may have been satisfied with their winter’s work having cemented their place in the men’s competition at the Beijing Olympics next year.

Not Mouat, however, who quickly switched focus to the Mixed Doubles Championship where he pairs with Jennifer Dodds, who recently returned from the Women’s event in Calgary as part of Eve Muirhead’s Team Scotland rink.

Rather than settle for one Olympic berth, Mouat is keen to double up in Beijing and compete in the Mixed Doubles competition as well.

“It’s a very exciting time in the lead up to the Olympics and to compete in Beijing will be a dream come true for me,” explained the Scotsman ahead of the Aberdeen event.

“Having the possibility to play in both the Men’s and the Mixed Doubles Olympic events would be a surreal experience – and I will hopefully have that chance to compete in both disciplines.”

To achieve his lofty ambition, Mouat and Dodds must finish in the top seven to qualify for the Olympic Games.

Eighth place may also be good enough to earn a berth in Beijing. However, that would rely on the Chinese pair of Yang Ying and Ling Zhi finishing in a qualification spot – they will take part in the Olympic tournament as hosts.

“In recent months, I’ve not had a great deal of training with Jen [Dodds] due to our commitment with our own teams,” explained the skip.

“But since August the two of us have been playing Mixed Doubles each week against the other British Curling Teams. We played two events and a season-long league — where we played a triple round robin against seven other teams, so we have done a lot of work together.”

Having spent a long time in the bubble in Calgary, with both Grand Slam events and the Men’s World Championship condensed into the month of April, the potential for burnout is certainly a consideration for a number of the world’s elite.

“I got back to Scotland about two weeks ago from the trip to the Calgary Bubble,” said Mouat when discussing the relentless schedule.

“Since then, I’ve been able to enjoy some down time and get some training sessions in at the National Curling Academy, in Stirling, in the lead up to the World Mixed Doubles. “

Going from bubble to bubble can also take its toll both physically and mentally, but Mouat was keen to emphasise the support he has had in the isolation bubbles from both his team, home association and the World Curling Federation:

“The bubbles have been easier than I anticipated, and I actually enjoyed my time in the Calgary bubble,” said Mouat of his time in the bio-secure facilities in Canada.

“I feel very fortunate to have such a great team beside me and obviously the success we had when we were out there helped.

“From where I have been standing the bubble has felt very safe and I am extremely grateful to the World Curling Federation for all their hard work in making the events so smooth and comfortable for all the athletes.

“Also, British Curling and the Scottish institute of sport staff have been very helpful in preparing us as well and I can’t thank them enough.

“I love our sport and given any opportunity to play it, I will jump at that opportunity.”