The changing face of mixed doubles 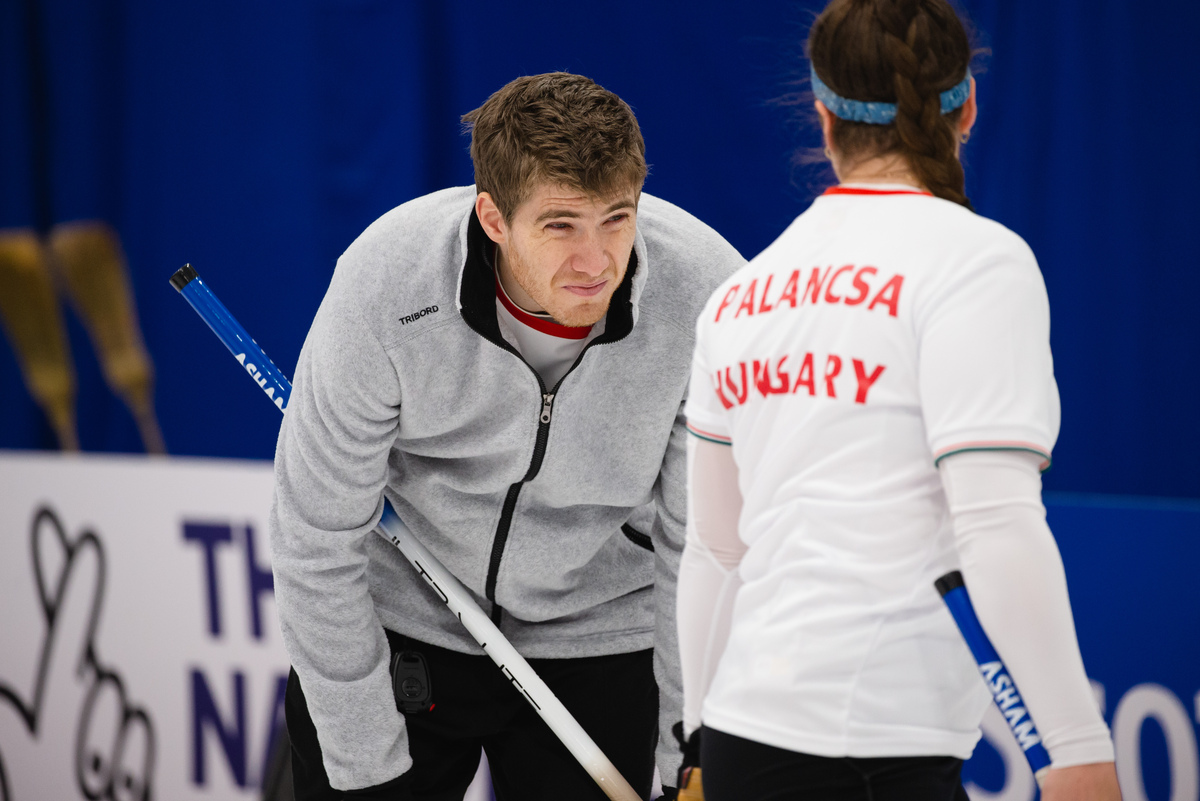 With the World Mixed Doubles Curling Championship 2021 well underway in Aberdeen, a poignant talking point has been the direction and the development of the discipline.

With the introduction of the pairs format to the Olympic schedule in 2018, world-class curlers across the globe who have specialised in the four-person format are splitting their focus with the “newer” discipline.

With an influx of talent into the format, pairs who have spent years developing chemistry, competing at the highest level and hoping one day to make an Olympic Games, have met the fresh challenge of dual-discipline athletes entering the fray.

Hungary’s 2013 and 2015 mixed doubles World Champions Dorottya Palancsa and Zsolt Kiss are one pairing who have dedicated their careers to reaching the pinnacle of the format – first playing together almost a decade ago.

“I think in the past nine years we became really good friends, and we behave like siblings,” explained Palancsa when discussing her relationship with teammate Kiss.

“We work together on and off the ice successfully.”

“Dori is a great team player,” added Kiss when discussing the dynamics of the pair. “She always helps where she can and is a great last shot thrower. I think I am a good sweeper and can help shots get to where we want them.”

Despite being somewhat rookies during the 2013 season, the Hungarian duo put their country on the World Curling map with a scintillating display when Fredericton, New Brunswick hosted World Championship.

“We just wanted to have fun,” expressed Kiss when reminiscing about the 2013 event. “Eventually things just went well enough to win the title, and it basically changed our life.

“That was the first time I had ever played in a curling event with spectators in the stands,” added Palancsa.

“Even international players and coaches were cheering for us. It was an unforgettable experience, which gave us a lot of encouragement during the whole competition.”

After going 7-1 in the Pool Stage, the Hungarian pair defeated Austria, Czech Republic and Sweden to lift the title – a feat they replicated two years later in Sochi, Russia, once again beating Sweden in the gold medal match.

Since 2015, however, the duo has exited the World Championship in the early knockout stages on each occasion, and the duo credited the increase in talent the format is attracting with players bringing their four-person shots and tactics into the pairs game.

“I think the biggest change in this discipline is that as soon as mixed doubles got a spot at the Winter Olympics in 2018, a lot of the four-person format players started to show an interest,” explained Palancsa.

“The field of play became better from year to year. There are a lot of chances to gain experience at different World Curling Tour competitions in Europe and Canada as well.

“The quality definitely has been levelled up [in recent years] and the shot variety is wider than before,” added Kiss.

“In the early days of discipline players were more likely to play draws all the time, but now, teams dare to play the runbacks and move things off the centre – a new way of playing the format.”

With the 2022 Olympic tournaments on separate dates, the opportunity has arisen for players to compete in both the four-person format and the mixed doubles in Beijing.

“A lot of top players started to play doubles and it drew the attention to this discipline, and this discipline deserves to be treated equal to the four-person game,” said Kiss.

Another experienced duo is the Swiss team of Jenny Perret and Martin Rios. Switzerland have dominated the World Championship since its inception in 2008, winning seven of the 12 tournaments to date.

As a pair they lifted the World Championship trophy in 2017, with Rios also holding a second world crown as part of a duo with Nadine Lehmann in 2012.

“In addition to that there were a couple of clubs who organised some mixed doubles tournaments during the early stages of the format’s inception, even before the World Curling Tour Mixed Doubles tour was created.

“This gave us the chance to try mixed doubles and get more experience with this discipline.”

In addition to their World Championship exploits, the pair won a silver medal at the 2018 Winter Olympics.

However, like their Hungarian counterparts, both have noticed the exceptional rise in talent that had flooded into the pairs game.

“It [the standard] has improved a lot, not only because we get more and more experienced, but also because a lot of the traditional four-team curlers are getting into it,” said Rios.

“This makes mixed doubles not only more interesting but also more and more demanding.”

“Obviously the introduction to the Olympic Games for the format has increased the standard of play, not only in Switzerland but also in some other countries such as Scotland, Sweden, Canada, USA, Japan.”

Despite the increase of participation in the format, Rios believes there is an opportunity for the sport’s governing body to improve pathways to the elite mixed doubles game:

“There’s currently no other choice than to grow up with traditional four-person curling and then try mixed doubles, this should not be the only way to get into the format.

“In my opinion there needs to be the creation of a mixed doubles programme, or an official World Junior Mixed Doubles Curling Championship, to motivate all national federations to push this discipline.

“This could be an important addition for the future of mixed doubles,” concluded the two-time World Champion.