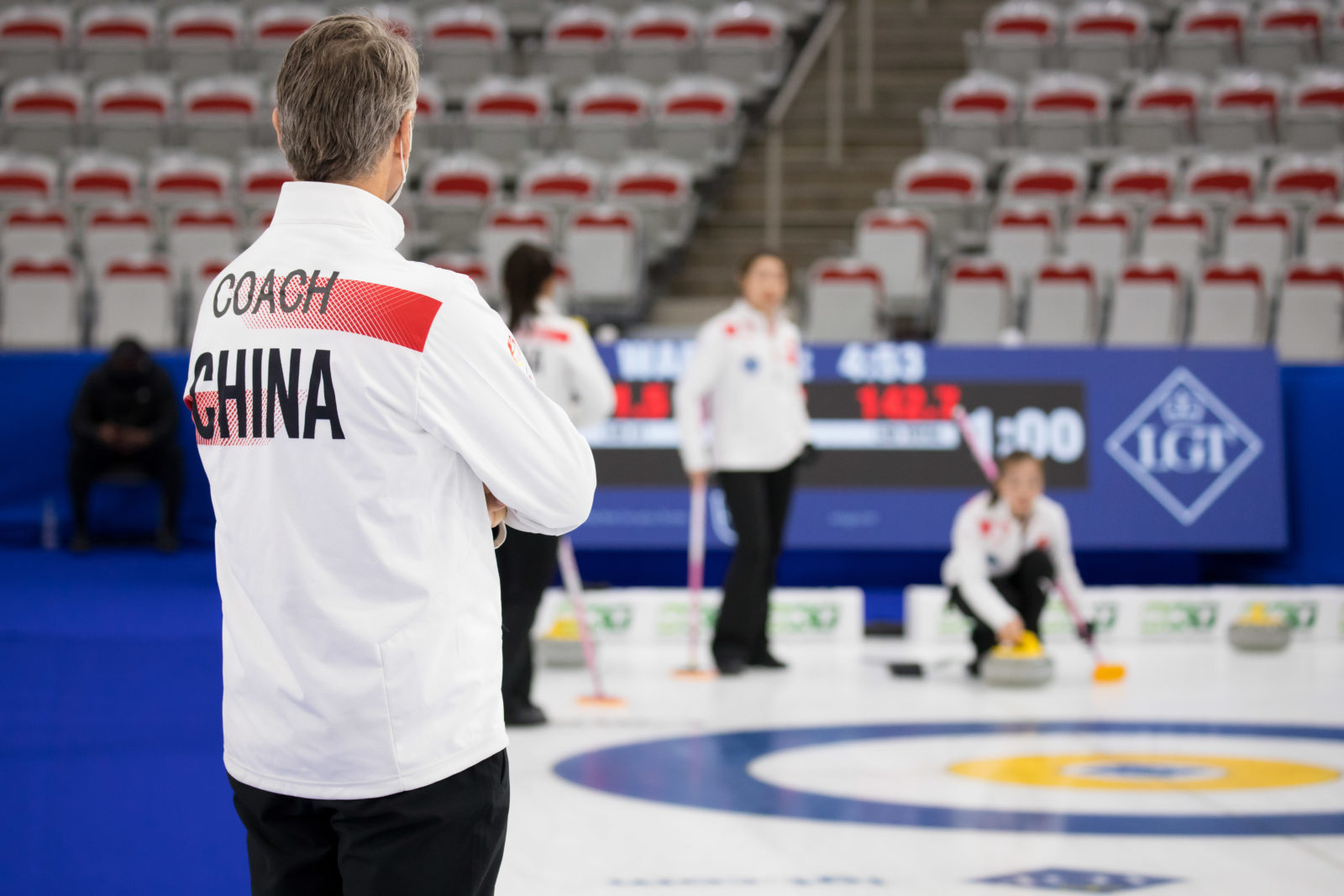 A three-time World Champion as skip of Sweden, it’s safe to say that Peja Lindholm is accustomed to delivering results under pressure.

He is well on his way to replicating his success on the ice after just over ten years in coaching, leading his home country to two World Championships before clinching Olympic gold in PyeongChang in 2018.

But he is now faced with the uniquely challenging assignment of taking charge of a host nation at an Olympic Games.

After taking the reins of the Chinese national teams, Lindholm has had to adapt to a new country, culture and language – all before he was able to begin passing on his curling knowledge and implementing his strategies.

He admitted that he has faced some difficulties with an unfamiliar language, but spoke of his fascination for experiencing a new way of living.

Lindholm has a multitude of titles to his name from his playing days, including gold medals at two European Championships as well as his trio of titles at the World Championships.

The 50-year-old says he takes just as much satisfaction from his successes as a coach and insisted that leading China to a World Championship title from off the ice would be up there with his best accomplishments.

“I would rank a gold at the World Championships very high [among my achievements],” he stated. “No matter if I am a player or a coach, I am 100 per cent committed to the role I have.”

Although he harbours lofty ambitions for his Chinese team, he reiterated that the performances of his team at the World Championship take precedence.

“To me the performance is more important than the result at the World Championships,” he commented.

“Of course, a good performance is most likely going to get us a good result, but the performance is also important to check for the upcoming road to the Olympics.”

The 2022 Olympics are set to be held in Beijing, China, meaning Lindholm will be leading a team that will have to shoulder the added expectations that are customary with host nations.

He believes that the support of the country will serve to benefit his team however, and is confident they can use the increased expectations as inspiration to spur themselves on.

“I do feel an advantage being the host at the Olympics and also some pressure,” he explained.

“But I think the pressure is good because that motivates us even more and also makes sure we work carefully with all details in the preparations.

“Historically all hosts at the Olympics have benefits and I think China will also have that.”

Following the conclusion of the World Championships, Lindholm will begin finalising his plans for the build-up to the Olympics, and it will be up to him ensure the team head into the event at the peak of their potential.

Four years on from his Olympic glory with Sweden, he is now hoping to produce another gold medal-winning campaign with China.

“The targets after the World Championships and before the Olympics are to make the teams and players ready for the Olympics concerning technique, tactics, teamwork and team dynamic,” he noted.

“I do hope my experience both as a player and coach at the Olympics will help China when they host the games.”

With a plethora of talented Chinese players at his disposal, Lindholm will have a number of difficult decisions to make when he meets with his colleagues to finalise the team for the Olympics.

“We have many players to choose from that are in the national program,” he pointed out. “We evaluate all players and try different positions.

“Me and the coaching team will meet sometime in the fall to select the final team.”

Lindholm refused to single out any Chinese player as one to watch in the future, instead maintaining that his focus is on the team as a whole, which he sees as ‘his star’.

Although the Olympics will be a monumental event in his team’s calendar, Lindholm asserted that their training will continue in the same vein as throughout his reign, while simply becoming more frequent.

“There’s no huge differences in the training just because it’s the Olympics,” he explained. “However, we will train at a high volume and focus a lot on good quality practice.”

Curling is still a relatively new sport to China, with national teams first appearing at the Olympics in Vancouver in 2010, when the women’s side picked up a memorable bronze medal.

Lindholm is optimistic for the future of curling in the country and touted the Olympics in 2022 as another potential milestone for the development of the sport.