Fowler and Fowler: A brother and sister duo at the Mixed Doubles 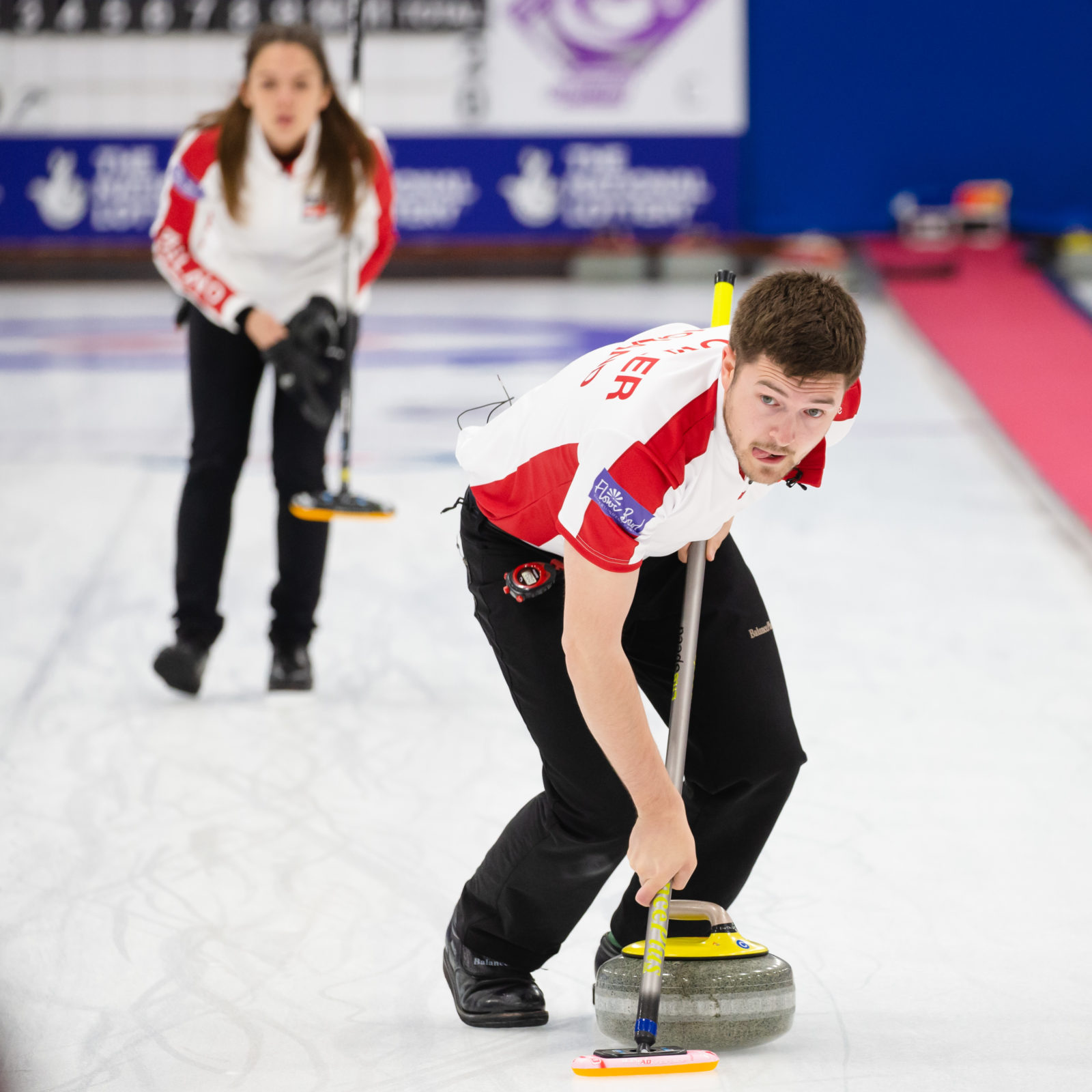 Home / News / Fowler and Fowler: A brother and sister duo at the Mixed Doubles

While the Mixed Doubles World Championship will see new partnerships formed between athletes of differing ages and backgrounds, there will be a strong sense of familiarity amongst the England team.

The brother and sister duo of Ben and Anna Fowler have been taking to the ice together for the best part of 12 years, and their sibling relationship has been the basis of their success in curling.

This Mixed Doubles Championship will see the pair represent England for a fifth time at a World Championship – evidence that they have been able to replicate their chemistry off the ice at the pinnacle of the sport.

For many families around the world, arguments are commonplace amongst siblings, but for Ben, 27, and Anna, 30, it is their closeness that has allowed them to settle any curling disputes with ease.

“We’ve known each other all our lives which helps massively,” Ben explained. “Knowing what to say and when to get the best out of your partner is a big aspect of Mixed Doubles.

“We also find that it’s a lot easier to say what needs to be said without upsetting each other. I think being siblings dampens any arguments.”

Anna added: “Of course, we have known each other our whole lives, so that bit comes easily to us. One of the benefits of being siblings is that you can say what you need to and move on. It’s all water under the bridge.”

Another aspect of the more typical brother-sister relationship is a heated rivalry, and while this is true for Ben and Anna, they see it as another benefit to their Mixed Doubles partnership.

“We are both very competitive which means there is a great rivalry between us to be the superior sibling,” Ben revealed. “I think this really drives us on to be the best we can be.”

While ability itself is a key component of a successful duo, Anna also highlighted the importance of knowing what makes your partner tick – something that comes naturally for her and Ben.

“Curling is primarily about shot making, but there’s a lot of other things that contribute to success,” Anna commented. “One of those is being able to motivate your team and know how to overcome adversity.”

When England’s first rink opened near Tunbridge Wells, the pair were immediately hooked on curling, and Anna would go on to play in the 2009 European Junior Curling Challenge (EJCC), in one of her few competitions without Ben.

“We both started together when the first rink in England opened up near to our home,” Ben recalled. “Anna is three years older so managed to get a team together to go to the EJCC before me, but I wasn’t far behind.”

There have been only a handful of occasions when Ben and Anna have curled in teams away from each other, but those moments have only served to underline the exceptional bond they have on the ice.

“I think the team dynamic is important in doubles and I’ve never found the same dynamic with another partner.”

Anna, who partnered with Tom Jaeggi for the 2018 Mixed Doubles, echoed her brother’s comments.

“I played one World Championships without Ben and although it was hugely enjoyable, Ben is a wonderful player, so it’s great to be playing with him again,” she stated.

Though Anna admitted that curling at the elite level can be challenging at times, the privilege of playing alongside her brother has made any tough moments completely worthwhile.

“There’s a lot of travelling involved in competing which can be quite intense,” she said. “However, this will be our fifth World Championship together, so something must be working.

“It’s definitely a very rewarding experience, competing on the world stage with your brother.”

Both Ben and Anna are determined to qualify for the play-offs at this year’s World Championship, with aspirations of winning a medal to commemorate the special partnership they have formed over their time in the sport.

They both also harbour ambitions of playing at an Olympic Games for Great Britain, which will mean earning a place ahead of Scotland’s most talented athletes.

“We want to medal this year to prove that we’re worth investing in for the Olympics coming up next year,” Ben asserted.

“Our main goal is to get to the Olympics. There’s a lot of competition over the border in Scotland for that Olympic team spot but we believe we’ve got what it takes to get there”.