The Rise of Estonian Curling 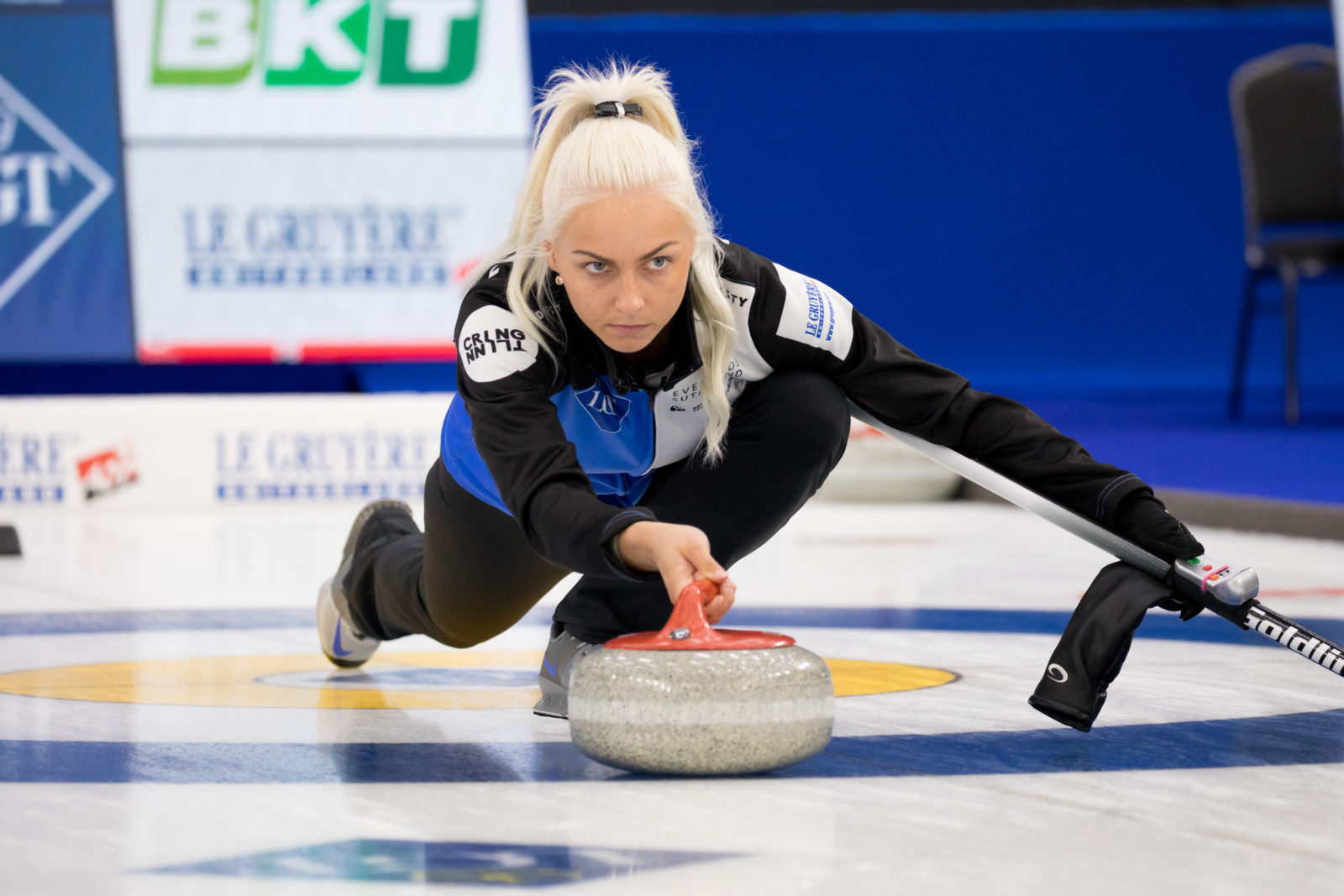 When people think of World Curling on the international level, those countries that may come to mind include Canada, Sweden, Scotland, Switzerland, United States and Norway, to name a few.

Many would also look to the emergence of the game in Eastern Asia – China, Japan and Korea are starting assert themselves on the global circuit.

Well, it’s time to add a new name to that list; the Estonian women’s team, skipped by Marie Turmann. They make their bow on the World Championship stage at the upcoming competition in Calgary.

Harri Lill, General Secretary of the Estonian Curling Association (ECA), was keen to emphasise the progress that has been made in the country over the last two of decades.

The Association was formed in 2002 before joining the World Curling Federation a year later. The ECA opened their first two curling sheets in 2004 at Jeti Jäähall – in a converted soviet missile factory.

“We have worked hard to get better with the resources we have,” added Turmann. “Even if we as a small curling nation do not have many competitive teams as there are in Scotland and Canada.

“We feel extremely proud of how far we have come as a nation even though we do not have that many curling hours and international competitions under the belt as other players at the Worlds have. “

That is the major goal for the team skipped by 26-year-old Turmann who approached the World Women’s with the aim of displaying their talents on the international stage, and earning qualification to the 2022 Olympics in Beijing.

“It feels special to skip the first Estonian women’s team into a World Championship tournament. It is always nice to be the first in these big championships, it gives me confidence that this has been a great thing I have been working for and it has paid off.

“Everybody dreams of the Olympic Games – so do we,” remarked Turmann when discussing the ambitions of the Estonian team over the upcoming 12 months.

“Qualifying directly with a top six finish at the Worlds is going to be difficult in our first appearance in the competition. It may be more realistic that our route to the Olympics comes at the Olympic Qualification Event in December.

“This dream might be hard to get in this field of teams with high experience and skill this season. Our goal is to finish as high as possible to guarantee best funding opportunities towards preparation of 2022.”

Funding appears to be the key ingredient for the continued rise of the sport in the Northern European country, with both Turmann and Lill emphasising the importance of financial support within the sport national.

“A big part of the effect of qualifying to the World Women’s Championship is an economic one, explained Lill. “Our ladies will receive more financial support from the government and Estonian National Olympic Committee.”

“If the team were to equal the efforts of our 2015 World Junior Championships final ranking (8th), we would be very happy.”

Turmann, who is the star of the sport in the country, was keen to point to the importance of two individuals off the ice for the progression – Nicole Strausak and Derek Brown.

Strausak, a former international curler with Switzerland, joined the Estonian programme in 2017 after a spell as coach of the Latvian women’s team – who competed at the 2013 World Championship. Brown, meanwhile, has vast experience across the globe as a coach and a performance director.

“Another important part about the development is to surround the curling Estonia with people who already know how things should be done,” explained Lill, “having Nicole and Derek support us here, plays a big part in that.”

“We are happy to have the support of Derek and Nicole with us at the Worlds – as we do need all the help we can get,” joked Turmann. “We have qualified for the Worlds as a team, but we wouldn’t have done this without the help of our Nicole.”

Marie hopes that the experience Estonia has in coaching, coupled with her experience as a two-time competition in the World Mixed Doubles Curling Championship, can be a recipe for continued success for the programme – beginning in Calgary.

“I do have three years of World Championship experience in the Mixed Doubles field. Having played on arena ice at these events against highly competitive teams will help me to get through this week.”

With the world’s best preparing for competition in the Calgary bubble, the Estonian team are hoping to revel in the role of underdogs during the tournament, with Turmann communicating a simple approach to her team’s game plan.

“There is an easy formula we like to go by as well:  play rock by rock, end by end, game by game. Aside from the result we are already winners as we are gaining a valuable experience for our team.

“Every game is valuable for us and whatever happens, we will enjoy this championship and possibility to play this during a pandemic and a season full of cancelled events.

“A successful event for us is one we can have fun, give it all we have and annoy some well-established teams with our performance.

“I think the biggest takeaway is that anything is possible – you can be the underdog but with a good week and a little bit of luck, you can reach your dreams.”