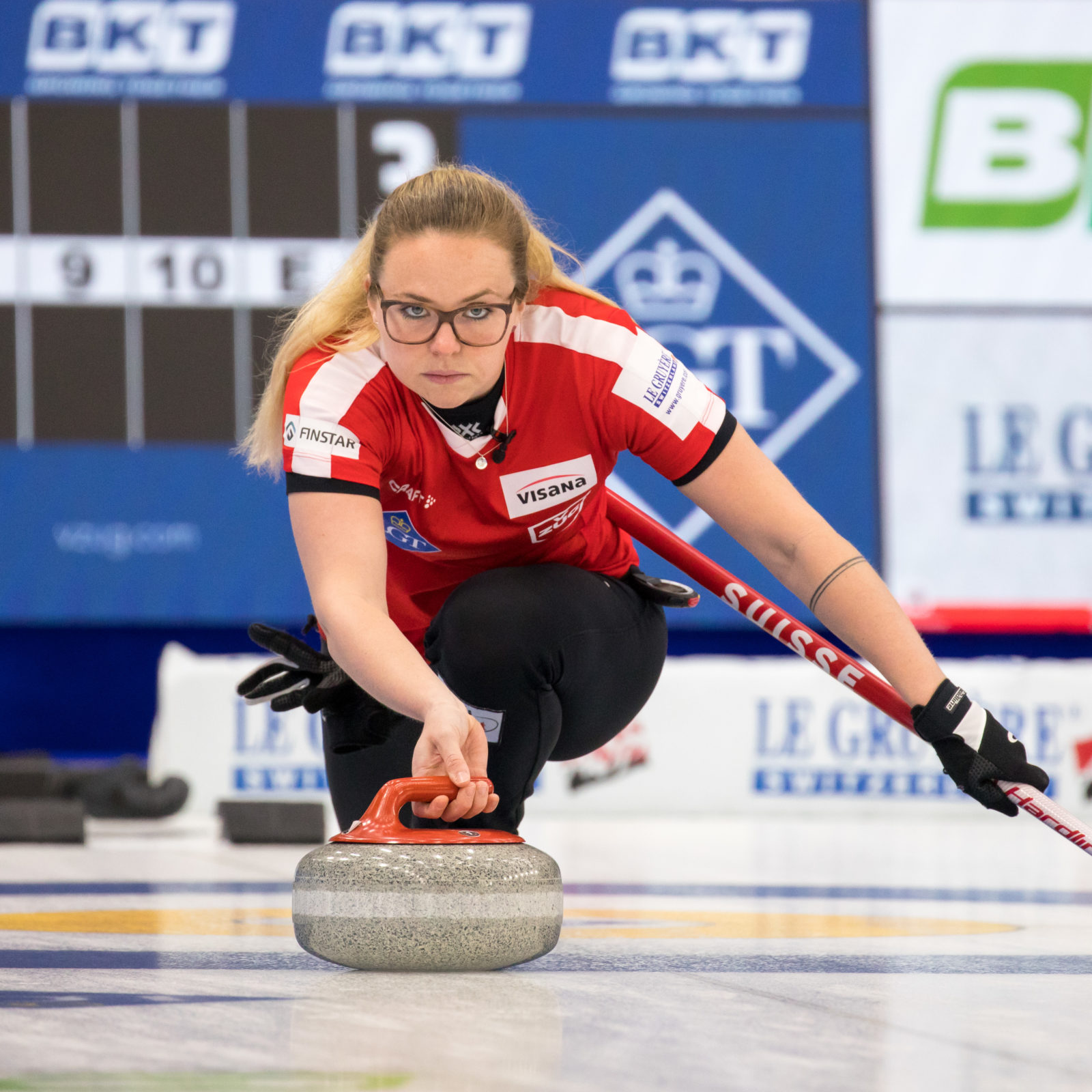 Defending champions Switzerland faced Olympic silver medallists Korea in Friday morning’s opening round-robin session of the LGT World Women’s Curling Championship. The event is being staged in a COVID-19 secure bubble in Calgary’s WinSport Arena in Canada, as eight of the fourteen teams taking part opened their campaigns this morning.

Due to the cancellation of the World Championship in 2020, the 2019 gold medallists from Switzerland came into this event as the defending champions.

After blanking the first end, the Swiss opened the scoring with one point in the second. They moved that onto a 3-0 lead in the fourth end when Korea skip Kim EunJung came up short with a final draw to give up a steal of two points.

At the beginning of the ninth end, Switzerland took the opportunity to bring on alternate player Carole Howald in place of second player Esther Neuenschwander. In this end, Korea came up short with their final draw to give up a steal of three points and hand Switzerland a 10-2 lead and conceded the game.

“It’s the same bubble, same building, but it’s a totally different event,” said Switzerland skip Silvana Tirinzoni. “It feels like we are playing somewhere else and the ice is different, but I think we did a good job in the first end.”

Scotland and United States opened their campaigns against each other in this session and it was United States who took the early lead, with a score of two points in the first end. Scotland could only respond with one point in the second end, and the Americans built their lead in the third when their sweepers brought skip Tabitha Peterson’s final draw in the house for one point and a 3-1 lead.

The Scots levelled the score at 3-3 in the fourth end with a promote of their own stone to score two.  After this, the Scots took control of the game, scoring two in the sixth and eighth ends. They went on to win by 10-6 when their skip Eve Muirhead played a nose-hit for three points in the tenth end.

With only three of their five players eligible to play due to positive COVID-19 cases, Germany took to the ice against RCF in this session. RCF took a 4-3 lead into the fifth-end break and built on that in the sixth when their skip Alina Kovaleva tapped out a German stone to score three points for a 7-3 lead. RCF then had single steal in the seventh end on the way to an eight-end win, 8-4.

German skip Daniela Jentsch said, “Obviously I have to sweep more than I am usually sweeping, so we prepared for this, it isn’t a problem [playing with three]. But of course you have to adjust the ice and manage your energy out there. For us it’s overwhelming to be here right now, but I think it’s ok, we rise to the challenge – it’s fine.”

Italy faced Czech Republic in the fourth game of this session and scores of two in both the third and seventh ends were enough to give the Czechs an opening win, by 7-5.

Standings after session one:

Engage with the World Curling Federation during the LGT World Women’s Curling Championship 2021 on Twitter, Instagram,Facebook and Weibo and by searching the hashtag #WWCC2021 #curling #Roadto2022