Sweden and Scotland advance to finals, Switzerland and RCF to battle for bronze 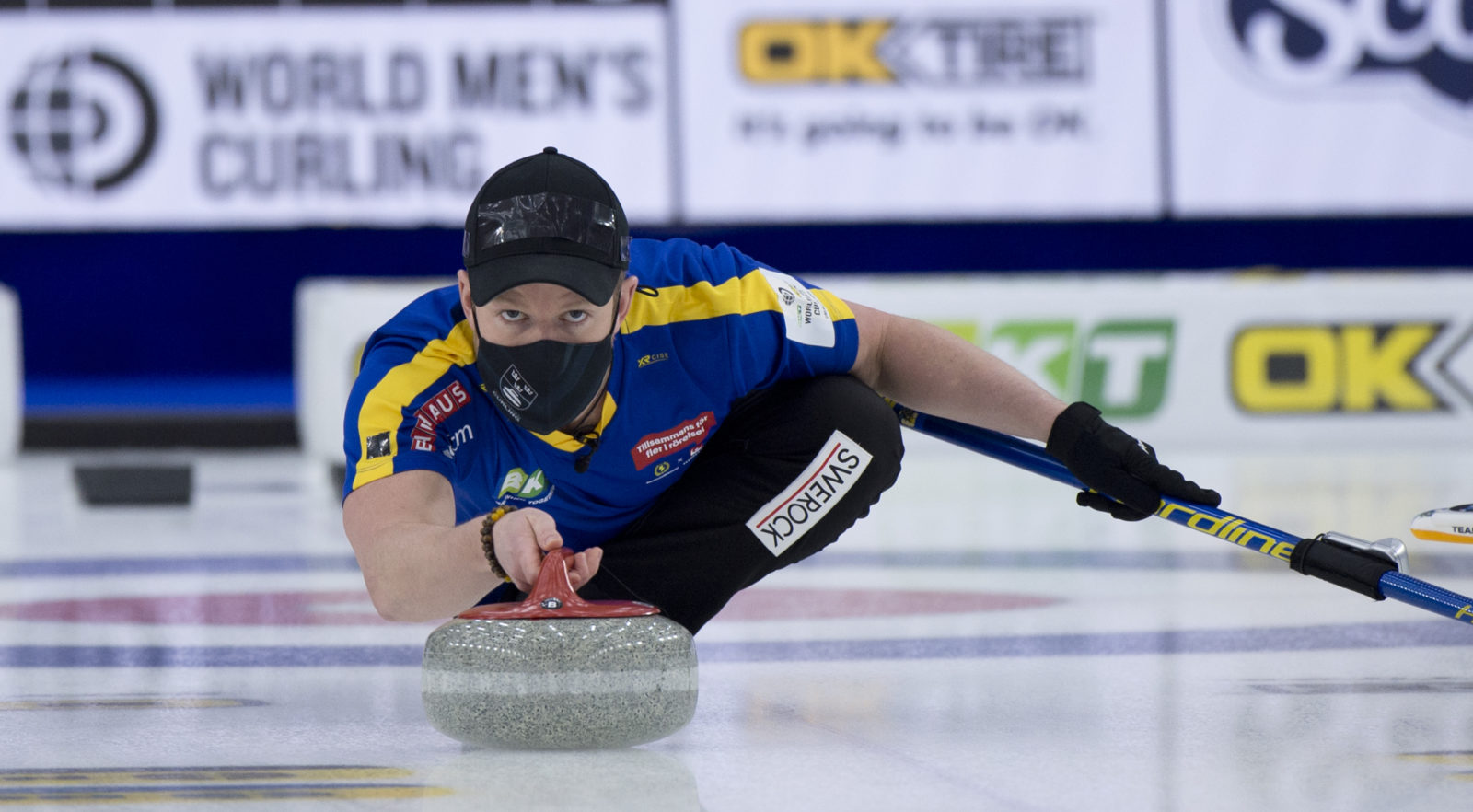 Home / News / Sweden and Scotland advance to finals, Switzerland and RCF to battle for bronze

Sweden and Scotland will meet in the finals of the BKT Tires & OK Tire World Men’s Curling Championship 2021 after winning against Switzerland and RCF, respectively.

Despite losing to Switzerland earlier in the week, Sweden controlled this game against the Swiss early by earning one point in the first end with a draw to the four foot with skip Niklas Edin’s final stone. Switzerland answered back in the second end by taking a point with a similarly open draw. In the third end, another draw by Edin created another point.

In the fourth end, the Swiss broke out of the pattern by earning two points with an open hit using their last stone advantage. This brought the score to 3-2 in favor of the Swiss.

It was the Swedes who then gained a burst of momentum, earning five points in the fifth end after a skillful double take out on Edin’s last stone, bringing the score to 7-3 in their favour.

“They like a lot of rocks in play and so do we. Obviously we were down one point in an uneven end, that’s when we try to keep it open to get two or a blank,” said Edin.

“A couple of misses early on and they got the angles better, so we kind of just said, ‘Now we’ve got to go for three instead.’ Got all the angles we wanted. Then, a really tough shot on his last. He could have probably made it where I couldn’t really score perfectly. But, in the place it landed it was a fairly routine double. The amount of pressure could have made me miss it but it was a fairly routine double for five.”

Switzerland had a chance for two points in the sixth end, but attempted an aggressive raise take out with vice-skip Benoit Schwarz’s last stone to possibly earn three points. They missed, and Sweden stole one point, bringing the score to 8-3.

In the eighth end, Sweden capitalized on another Swiss miss, stealing three points after Schwarz was light on his final draw. That brought the score to 11-3 and Switzerland conceded.

Defending world champions Sweden advance to the gold medal match to take on Scotland. They’re certainly no strangers to such a high stakes match up — Niklas Edin and Oskar Eriksson have the chance to become the first players to win five championships, if they defend their title. If they do, it will also be the first time any player has won three times in a row and the first time a nation other than Canada picks up three consecutive world titles.

“Obviously it’s in the back of our minds that we could get a three-peat— that’s never happened before— and, I’m going for the big five as well. It’s a big one but it’s kind of the same thing as going into the Olympic games, you have to focus on each shot to win it in the end. You can’t think too much about that stuff when you’re playing the game,” said Edin.

Scots win against RCF to advance

Scotland and RCF played a tight game, with a blank end to start. RCF were the first to score, taking one point in the second end with a hit and roll by skip Sergey Glukhov.

In the third end, Scotland took the lead, scoring three points after a draw to the four foot by skip Bruce Mouat.

“We started strong,” said Mouat. “We had a jump on them and managed to keep it.”

In the ninth end, RCF missed a chance to tie the game after coming up light on Glukhov’s last draw. Instead, they took one point for a score of 4-3.

Scotland had the last stone advantage in the final end, executing an open draw to the button to earn one point and win by a score of 5-3.

With this win, Scotland avance to the gold medal final, a first for Mouat’s team. Scotland last won gold in 2009 with skip David Murdoch, who now coaches the Mouat team.

“This year I feel like I’m in a bit more control of what my nerves do to me and I’m quite excited to play a World Men’s final,” said Mouat.