Korea on ‘top of the world’ after first win 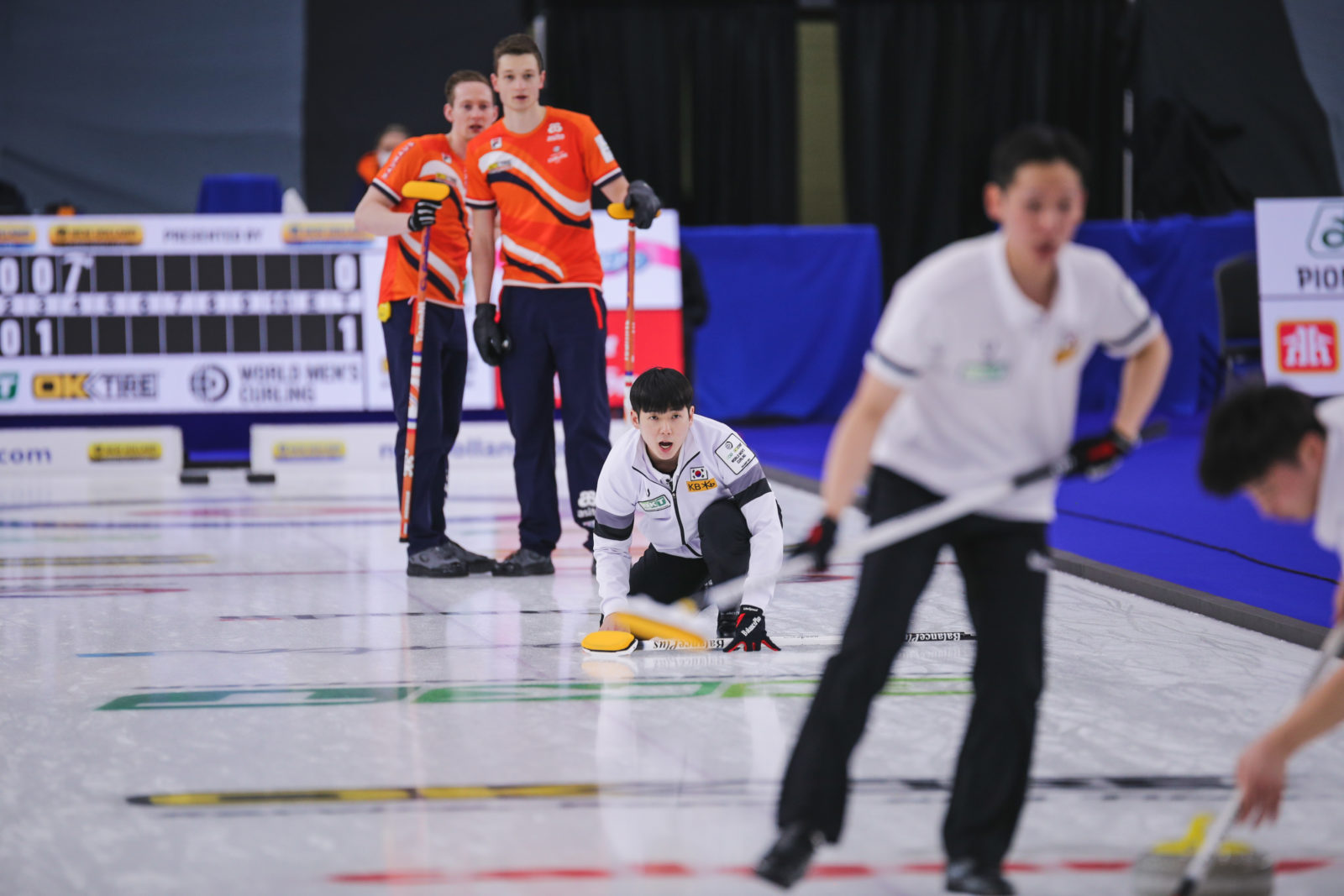 Home / News / Korea on ‘top of the world’ after first win

Netherlands and Korea faced each other in this session with both teams looking for their first win. After two blanked ends, Korea opened the scoring with a single point in the third end. Both teams were tied after nine ends at 4-4. Korea went into the tenth end with last stone advantage and scored the one point to record their first win, by 5-4.

“It feels unreal, it’s like a dream come true on this world stage getting a first win. We are really proud of it,” said Korean skip Yeong Seok Jeong, adding, “In order to achieve the win we thought winning the two points in the eighth end was key.”

Switzerland, who were undefeated heading into this draw, faced the Olympic champions from the United States. The Americans scored three points in the fourth end to take a 4-2 lead. They increased their lead to four points after the eighth end.

In the ninth end, Switzerland’s fourth player, Benoit Schwarz, was light with his last stone, narrowly missing a chance for five points. Switzerland still managed to score two points to close the game 7-6. In the tenth end the United States hit out the Swiss stone to win, 8-6.

Italy were up against Japan in this session. The Japanese had a 3-0 lead at the fifth-end break. Italy earned two points in the sixth end but Japan gained a 4-2 lead in the eighth end. In the ninth end, Italy’s skip Joel Retornaz missed a double take-out to give Japan a steal of one and a 5-2 lead. Japan then ran Italy out of stones in the tenth end to win by 5-2.

“We controlled the early ends and early lead, that made us very solid,” said Japanese skip Yuta Matsumura.

RCF played Germany, with the Germans looking for their first win. In a low-scoring game RCF took a lead of 2-1 by the sixth end. Germany bounced back with a score of two points in the seventh end to take a 3-2 lead. However, RCF drew into the house for three points in the ninth end to claim the lead at 5-4. A further steal of one point in the tenth end gave RCF a 6-4 win.