Norway get by defending champions Sweden to stay undefeated 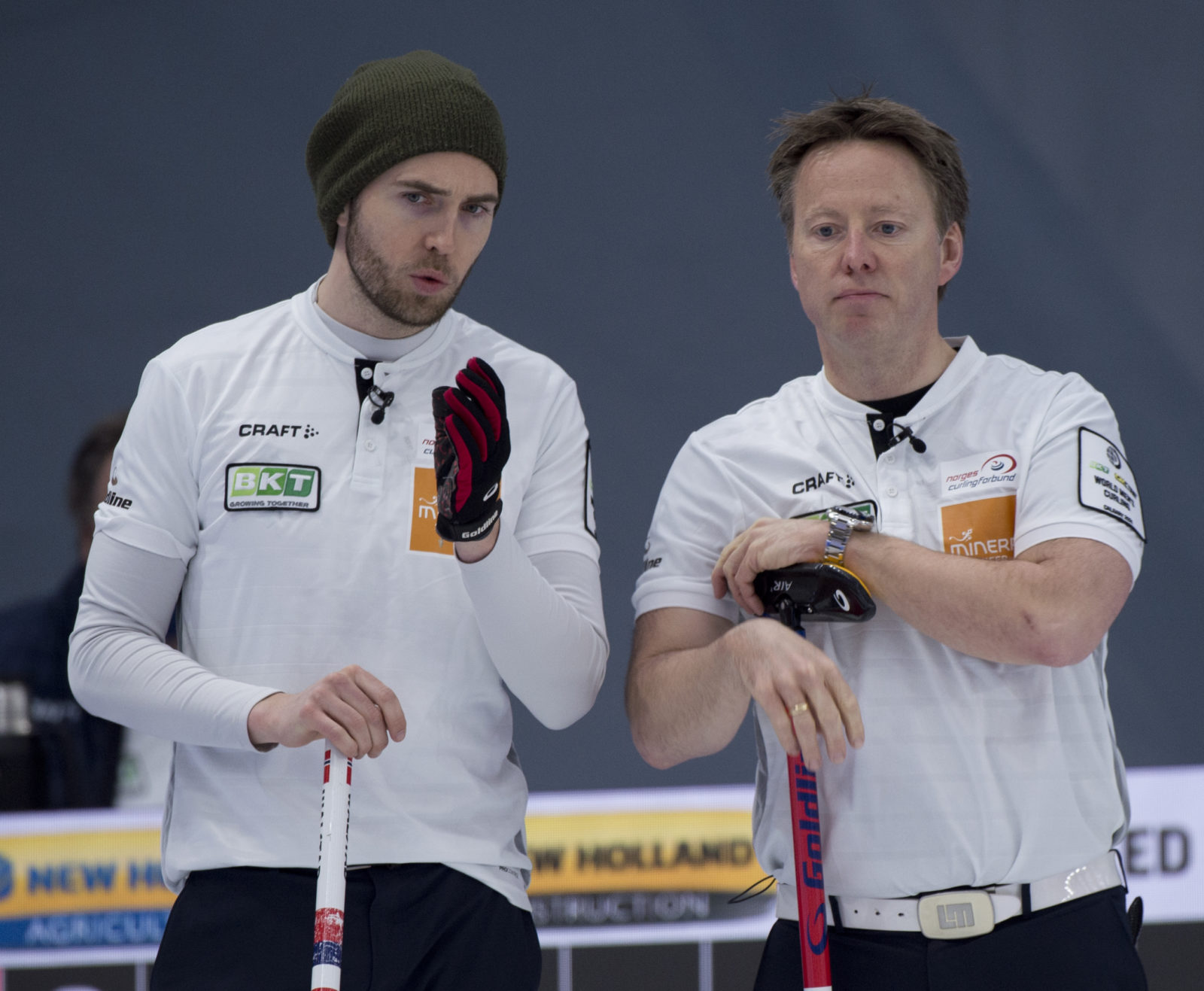 Norway was tied with Sweden 4-4 after five ends. In the sixth end, Norwegian skip Steffen Walstad missed a double take-out, allowing Sweden to steal the lead. Walstad played an open draw in the tenth end to score three points for the 9-8 win after a missed take-out by Edin. The Norwegians are undefeated with five wins.

“It was a really messy game and I think both teams threw away a whole lot of opportunities, but it’s really good to come out on top,” said Walstad.

Scotland were up against a Chinese team still looking for their first win. The Scots took an early lead but China got on the scoreboard with one point in the fifth to bring the score to 6-1. However, after a single point in the sixth end and a steal of three in the seventh, the Chinese conceded. The Scots won with a score of 10-1.

“It was a really good performance for us, we were consistent. Each end we were putting them in tough spots and that’s why we got a lot of steals,” said Scottish skip Bruce Mouat.

Hosts Canada faced the Netherlands, who are in search of their first win. Canada took a 4-2 lead into the fifth-end break. In the sixth, the Netherlands’ fourth player Wouter Goesgens was facing four Canadian counters when he drew for one point, reducing Canada’s lead to 4-3. In the tenth end, Canada led by 7-5 but Canadian skip Brendan Bottcher picked out one of two Dutch stones to give up a steal of one, but it was still enough to win by a score of 7-6.

In the final game on the ice, Denmark met Korea. In the fifth end, Korea’s skip Yeong Seok Jeong tapped out a Danish stone to score two points and take a 3-1 lead into the break. The Danes countered with a hit in the sixth end to score one point and reduce Korea’s lead to 3-2. The score was level at 3-3 when the teams played the tenth end. Denmark produced a single-point steal after Korea rolled too far on a take-out, to win 4-3.

“This win was really important. We really needed to get on the board more right now. We had three tough games in the first three games. Now, we’re really trying to get on the board with some wins. And, it’s our coach’s birthday today so we tried to give him a win as well,” said Danish skip Mads Noergaard.