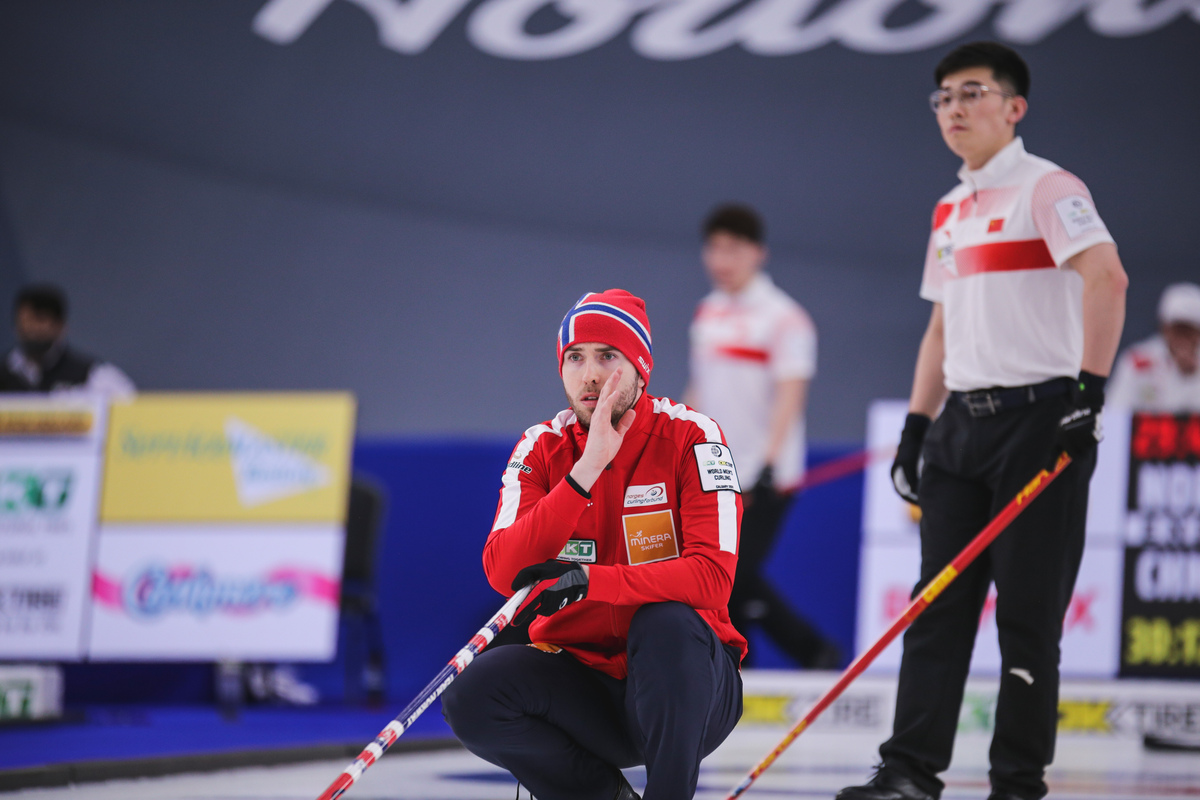 Norway moved into a clear lead at the top of the standings when they faced China in Saturday evening’s sixth round-robin session of the BKT Tires & OK Tire World Men’s Curling Championship 2021.

The Norwegians started off strong in this game, scoring two points in the first end before moving on to a 5-3 lead at the half-way point. China scored one in the sixth end and Norway responded with another single point in the seventh to move to a 6-4. China ran out of stones in the tenth end to give Norway an 9-5 win in the game for a fourth successive victory that puts them at the top of the table unbeaten.

Netherlands and Denmark were both winless when they faced off in this session. The Dutch took an early lead with a score of two in the first end, but after this Denmark took control, amassing a 10-4 lead at half-way. When they scored another four points in the seventh end, for a 14-5 lead, the Netherlands team conceded defeat.

Scotland faced Korea in this session and after giving up a score of two points in the first end, moved into the lead with a tap-up in the second end to score three points. They maintained control, scoring five in the eighth end for an 11-4 win.

“We dropped the two in the first end and then came back solid with the three in the second and managed to double it again in the fourth end so after that point we felt in control,” said Scottish skip Bruce Mouat.

There was never more than one point between Switzerland and Japan during the first half of their matchup, with the lead changing hands four times. Switzerland carved out a single steal of one point in the seventh end to move onto a 6-4 lead. Switzerland maintained control, improving to an 8-5 lead in the ninth end. Japan ran out of stones in the tenth end, giving the Swiss their third win so far, to remain unbeaten.

“Whenever the game is tight we play to stats, and I think that was really the strategy, just to come home with hammer. We got a couple lucky breaks as well so it helped,” said Swiss skip Peter de Cruz.