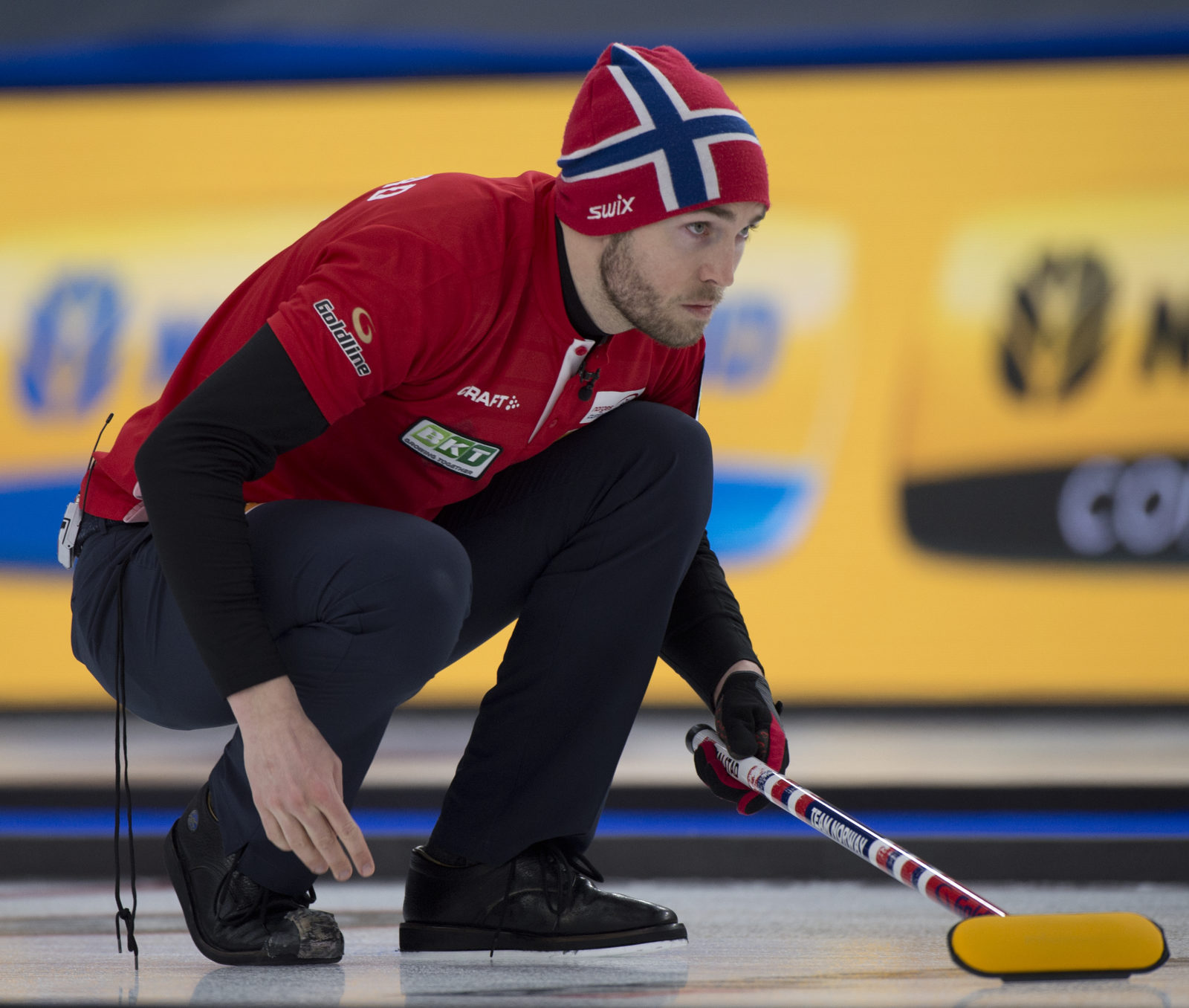 Wins by Norway and RCF in Saturday afternoon’s fifth round-robin session of the BKT Tires & OK Tire World Men’s Curling Championship 2021 meant that they now both re-join Canada, who sat out this session, with perfect records at the top of the rankings.

Norway won against Korea with a score of 9-2. Opening the scoring with four points in the first end, the Norwegians maintained control of the game throughout the seven ends of play. This was a third loss for Korea, who sit at the bottom of the table alongside Denmark, Germany and the Netherlands.

“It’s really important in any game or atmosphere to get the lead and also to get the hammer before starting, it gives you an edge,” said Norwegian second Markus Hoeiberg.

China and RCF played a back-and-forth game with both teams scoring each time with their last stone. The score was 8-5 for RCF heading into the eighth end. China only scored one in the eighth and RCF widened their lead by adding two points in the ninth. China conceded the game with the score at 10-6.

“We tried to play our game close to the same way we practice. We have a plan for the entire game and for sure patience is an important strategy in this kind of game,” said RCF coach Aleksander Kozyrev.

Olympic champions from the United States matched up against a young German team that opened strong with a 3-2 lead at the fifth-end break. The momentum changed in the seventh end when American skip John Shuster drew for three points to take a 5-3 lead. The Americans followed that up with a steal in the eighth. Even though the Germans were able to close some distance with two points in the ninth, the Americans took advantage of hammer in the tenth end by hitting for one point and securing a 7-5 victory.

“We had a talk at the fifth-end break about how we felt a little bit flat out there, not a whole lot of energy and our typical selves out there. I thought we changed that coming out of the break and we got a couple opportunities and made the most of them in the seventh,” said American third Chris Plys.

Italy and Sweden played a close game that was tied 3-3 after the sixth end. The Swedes took two points in the seventh but Italy answered with two of their own in the eighth end. By the tenth end, the Italians were down one point with hammer.

Italian skip Joel Retornaz played a skillful promote and roll to score one point and force an extra end. In the eleventh end, Swedish skip Niklas Edin made an open draw to the eight foot, with the help of some great sweeping, to win 7-6.