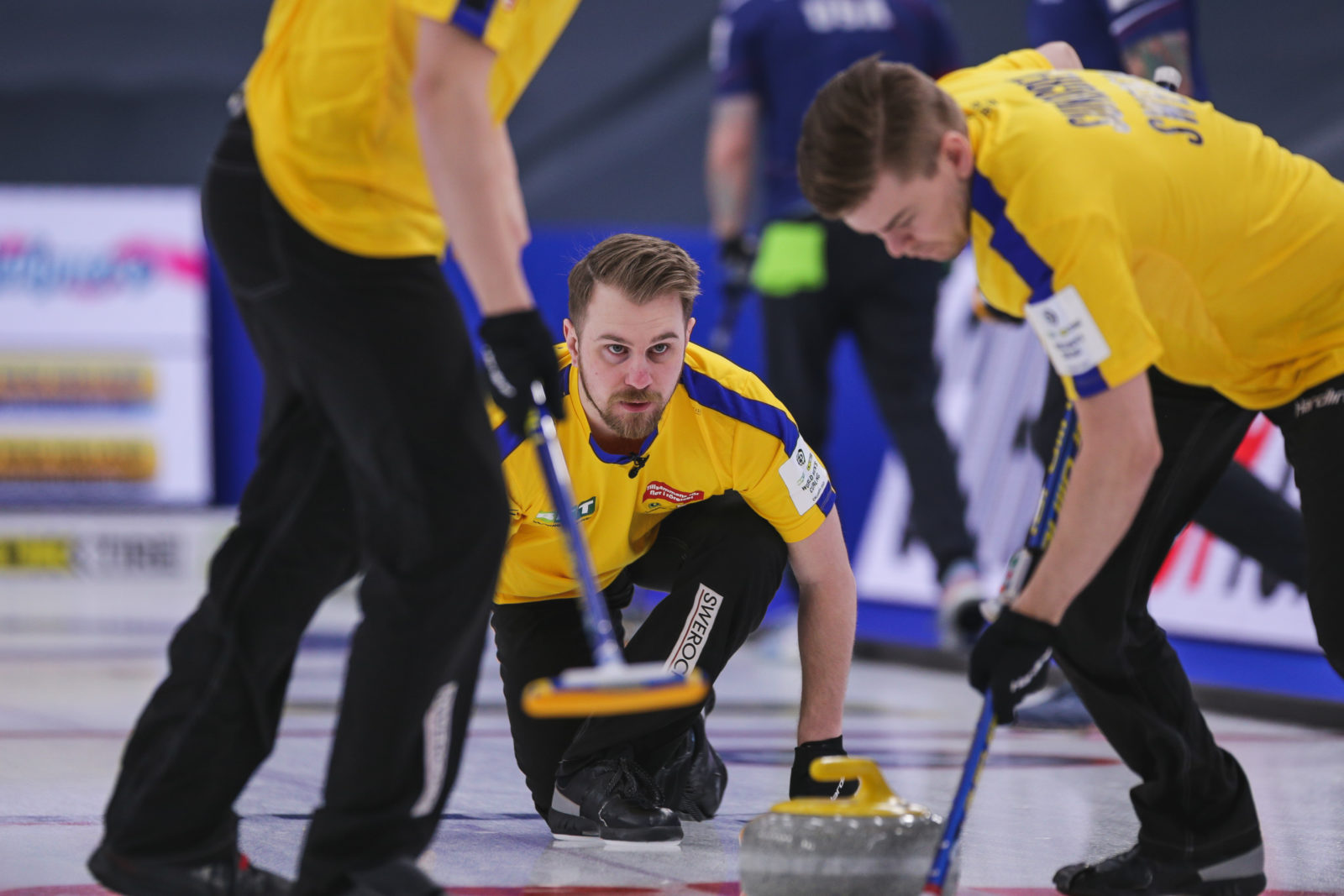 Sweden opened the championship with a loss against Switzerland and were looking for a strong bounce back against the United States. After a steal of one point in the fourth end, Sweden held a 4-2 lead, giving them the early advantage. In the sixth end, skip Niklas Edin played an angle raise take-out to score two points for a 6-3 lead. The Americans ran out of stones in the tenth to give Sweden their first win, by 8-5.

“It was really important to win today, just to bounce back and get on the board early,” said Edin.

Top of the leaderboard

Looking for their first win, Denmark opened with a single point against Canada in the first end, but had given Canada a 6-2 lead at the halfway break. The Danes scored two in the eighth end and stole a single in the ninth when Canada skip Brendan Bottcher was heavy with his final stone. But, the Danes then ran out of stones in the tenth end to give Canada their third win so far, by 7-5.

“I’m really trying not to focus on the bigger picture, just come out here and play our best every game. That’s going to be our best formula,” said Canadian skip Brendan Bottcher.

Switzerland played Germany in this session, securing a 7-2 lead in the sixth end when their fourth player Benoit Schwarz played a nose-hit for two points. Germany ran out of stones in the tenth end to give Switzerland their second win so far, by 8-5.

“It’s not a regular World’s with the crowd, so you miss that of course,” said vice-skip Benoit Schwarz. “But having an amazing event, on amazing ice, in a beautiful stadium, against the best teams in the world, is a lot of fun.”

In the fourth game of this session Scotland played the Netherlands. The Scots led 3-2 by the sixth end when their skip Bruce Mouat played a soft tap-back to score two points and take a 5-2 lead.    The Netherlands closed the gap to 5-4 with a score of two in the seventh end, but the Scots sealed their victory by scoring four points in the eighth end, winning with a score of 9-4.

“It was a bit more clinical today,” said Scottish skip Bruce Mouat. “We were stringing shots together.”