Hosts open with perfect record after first day of round robin 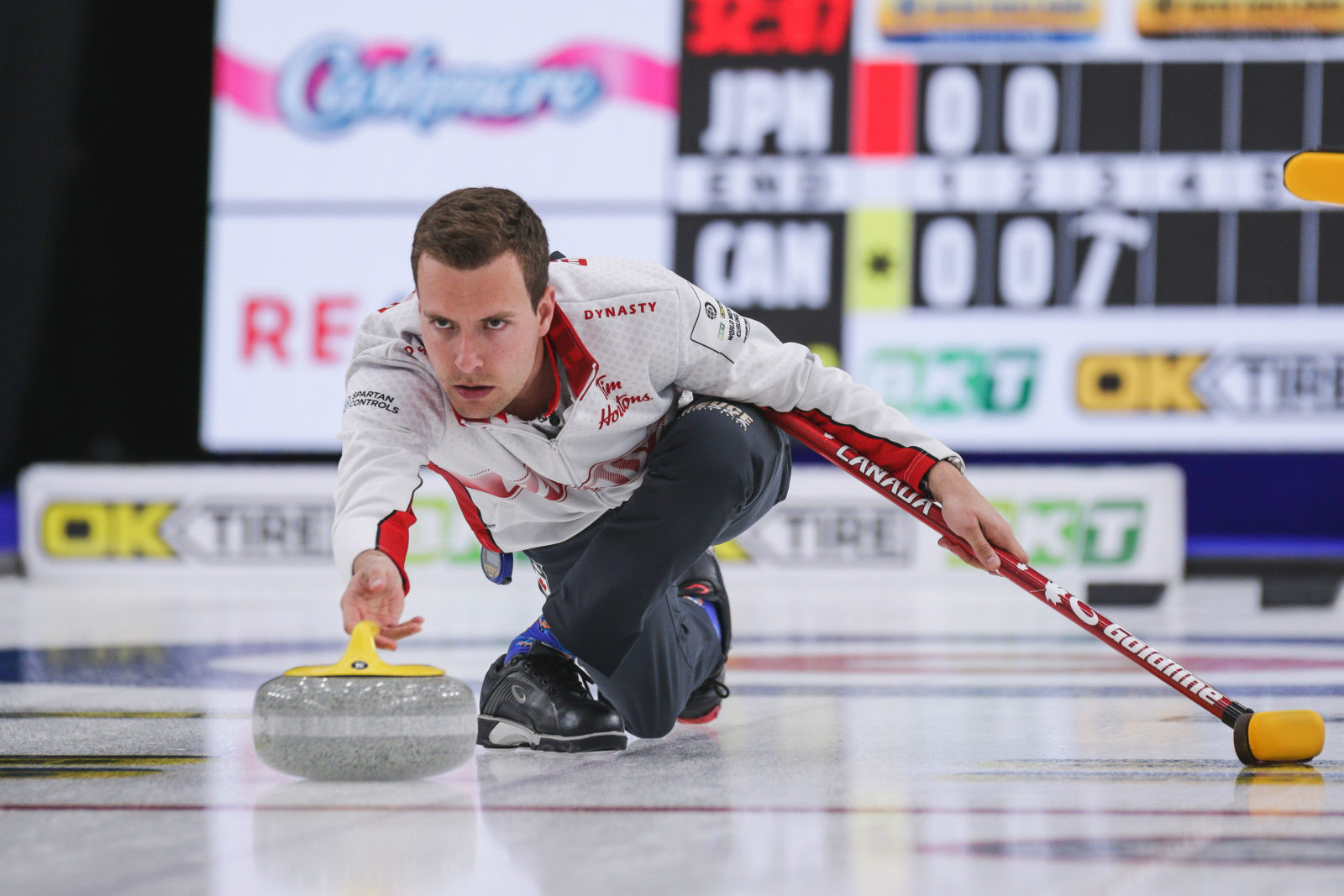 Tournament hosts Canada emerged with a winning record intact after Friday evening’s third round-robin session of the BKT Tires & OK Tire World Men’s Curling Championship 2021 in Calgary’s WinSport Arena in Canada. Canada, Italy and Norway each improved to a 2-0 record while Scotland earned their first win of the week.

Canada and Japan played a close game with two blank ends before Canada scored two points in the third end. The score remained close until the sixth end when Canada scored four points to take a 6-2 lead. In the ninth end, with the score at 8-4, Japanese skip Yuta Matsumura missed a draw for two points, earning just one and ending the game with a score of 8-5.

Italy led off the scoring against China with two points to open the game, improving to a score of 5-1 after the fourth end. China rallied in the sixth and seventh ends, earning one point in each, but Italy added two points in the eighth end to win with a score of 7-4. Italy improved to a 2-0 record while China remain winless.

“We had a solid first half of the game,” said Italian skip Joel Retornaz. “They had some good opportunities in the sixth and seventh end but overall we kept control of the game, we played with the scoreboard and we deserved to win because we played better than them.”

Norway and Netherlands faced each other this session, finishing the seventh end tied 3-3. Norway then pulled ahead by three points in the eighth end despite coming up short on a final draw to the four foot. Norway won with a score of 7-4, earning their second win of the tournament and marking a second defeat for Netherlands.

“I think the first five or six ends we were trading mistakes. Both teams had a lot of mistakes and were just missing. We were able to capitalize in the eighth end,” said Norwegian skip Steffen Walstad.

After losing to Canada earlier in the day, Scotland notched their first win of the championship with a score of 7-2 over Denmark. The game was tied 2-2 heading into the fifth end when Scotland scored four points to take control, remaining in the lead to win 7-2.

“After this morning’s game, throwing away a game where we felt we had control, it was important to come out tonight. We had a really good first five ends, thankfully we got a few breaks in that fifth end,” said Scottish third Grant Hardie.