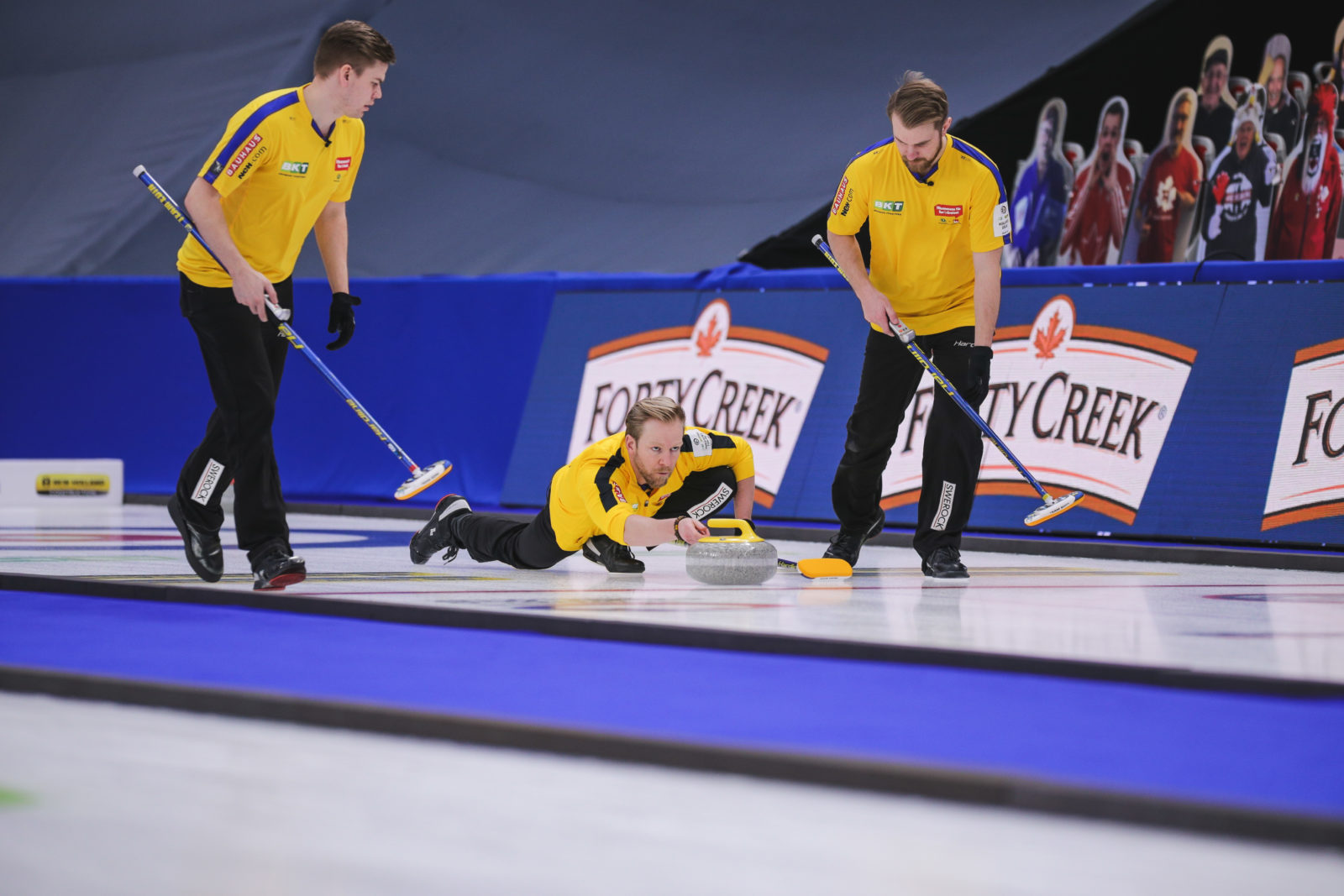 Sweden finished at the top of the round-robin after winning 7-2 over Japan in Friday afternoon’s final round-robin session of the BKT Tires & OK Tire World Men’s Curling Championship 2021.

They controlled the game early with three points in the first end and two points in the third. By the fifth end the score was 7-1 in favor of Sweden. Japan scored one point in the sixth end before conceding the game. Sweden will now play in the semi-finals on Saturday (10 April).

“We have yet to hit our peak form,” said Swedish skip Niklas Edin. “Normally we are slow starters but this World’s, we’ve got more wins even though we haven’t played as well as we normally do. I think we’re in a good spot. We can still improve but we’ve got all the wins that we needed.”

RCF played Denmark in this session, winning 7-4. Though Denmark established an early one-point lead, RCF earned three points in the fourth end to bring the score to 4-2 in their favor before adding a point in the fifth and sixth ends. Unable to catch up, Denmark conceded the game after nine ends with the score reached 7-4. This win earned RCF a second place finish in the round-robin and they will also advance to the semi-finals.

United States faced Korea, winning 8-3 in eight ends. Though the teams were tied 3-3 heading into the fifth end break, the Americans picked up two points apiece in the sixth and seventh ends. After stealing another point in the eighth end, the Koreans conceded. The Americans will now advance to play Switzerland in Saturday morning’s qualification game. The first qualification game will be between Canada and Scotland on Friday evening.

“This is the most wins we’ve ever had in the round robin, even with the extra games. Having three losses and ten wins is massive,” said American second Matt Hamiton.

Netherlands and Italy faced off, with Italy winning 8-4 after running the Dutch out of rocks in the tenth end. The score was 3-2 in favor of Netherlands until the sixth end when the Italians scored four points. They stole another point in the seventh end for a 7-3 lead. The Dutch closed some space by taking a point in the eighth, but the Italians answered back with a point of their own in the ninth, which was enough to secure the 8-4 win.

Following the final round-robin session, it was announced that Sweden’s third, Oskar Eriksson, was the winner of the Collie Campbell Memorial Award, voted for by all the players to recognise the player they think best exemplified curling’s values and sportsmanship throughout the event.