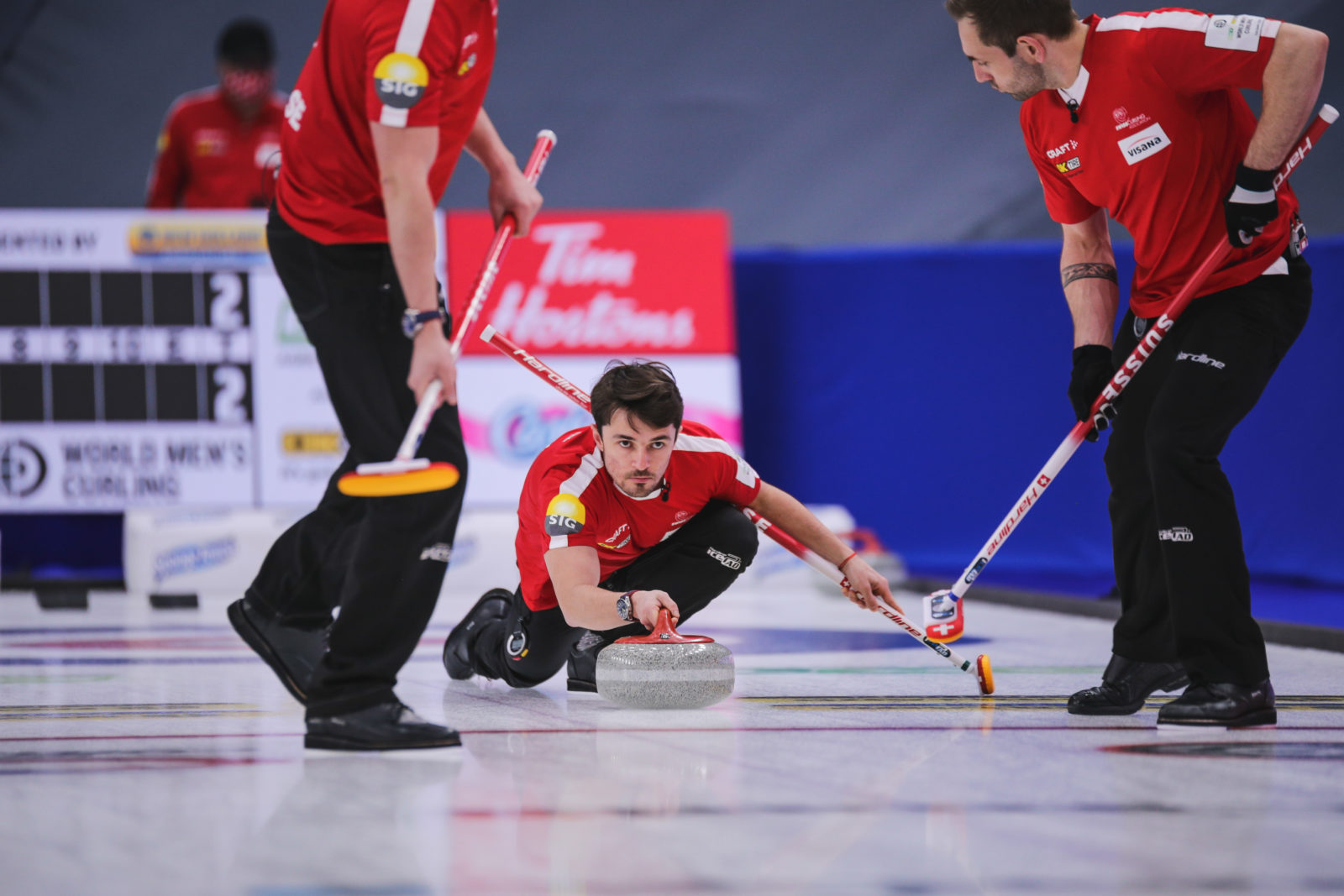 In Friday morning’s second-last round-robin session of the BKT Tires & OK Tire World Men’s Curling Championship 2021 Switzerland not only needed to beat China, but they required a Scotland win to secure the last slot in the play-offs.

Switzerland opened the scoring with two points in the second end, but were given a major bonus in the fifth end when China’s skip Qiang Zou was light with his final draw. The Swiss stole four, gaining a 7-2 lead. They continued to build their lead in the second half and China conceded after eight ends with the score 9-4. After Norway’s loss to Scotland, the Swiss qualified for the last play-off spot in addition to qualifying their National Olympic Committee for a berth to the Olympic Winter Games.

“When we stole four, we probably had a couple of eyes on the sheet at the other side of the arena there,” said Swiss skip Peter de Cruz, talking about waiting for the results of the Norway versus Scotland game before knowing if his team had qualified.

However, Scotland’s fortunes turned in the eighth when a double take-out by skip Bruce Mouat produced a score of four points and a 6-5 lead. Norway levelled the score at 6-6 in the next end. A final draw into the four-foot ring gave Scotland’s Mouat a single point in the tenth end and a 7-6 win. This result not only eliminated Norway, it confirmed Switzerland’s place in the play-offs.

“We’re obviously really happy that [the Swiss] have qualified, but with consideration to Norway that’s never an easy situation,” said Mouat. “We just wanted to go out and win our game. If that helped another team, then great.”

In the two other games, Canada finished their round-robin programme as 9-6 winners over Germany, thanks largely to a score of three in the fourth end and two more points in the sixth end.

Italy followed up a score of four in the sixth end of their game against Denmark with a single steal in the seventh to win by 10-4.