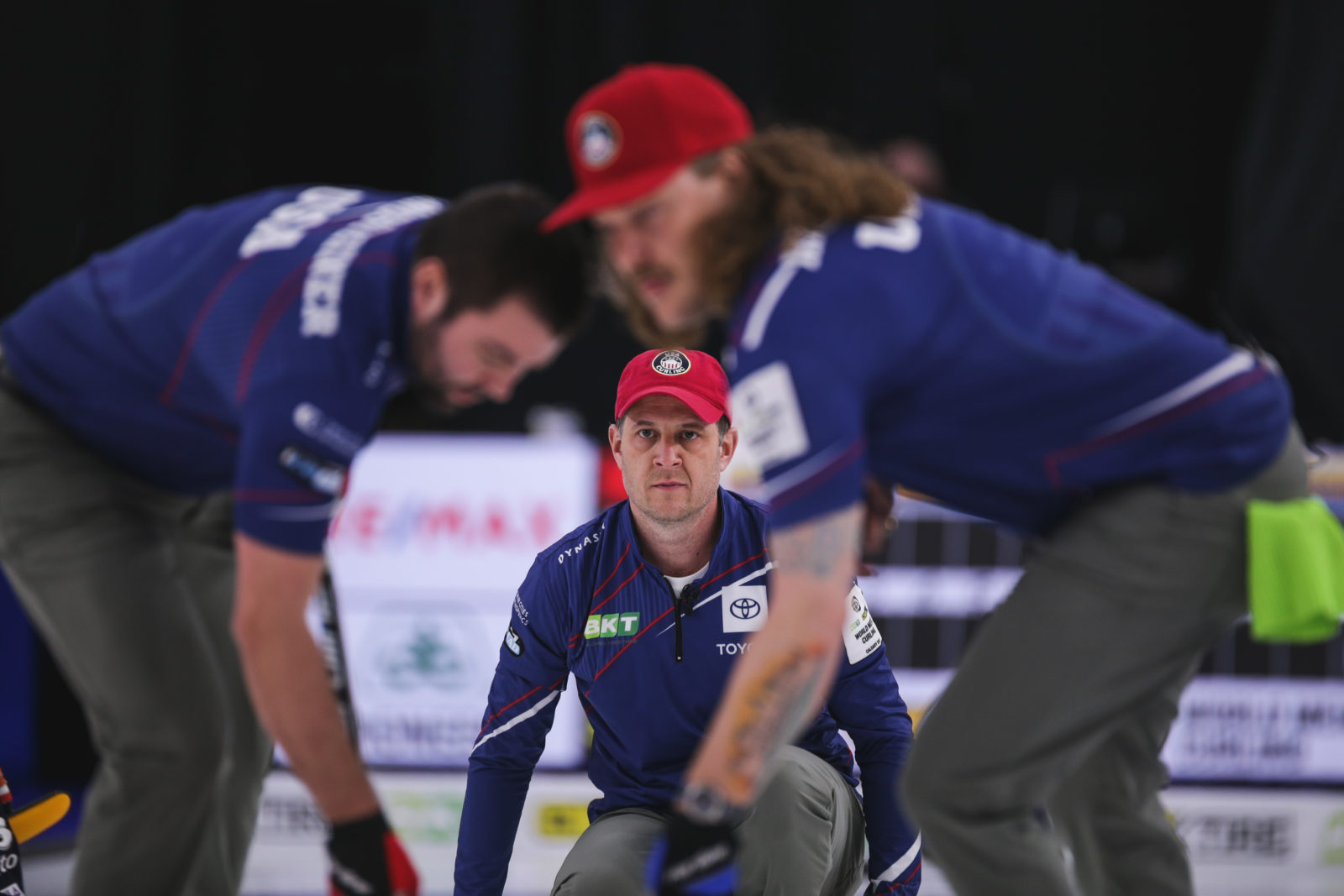 Olympic gold medalists United States qualified with a win against Netherlands. The two teams were tied 3-3 after the fourth end. The Americans added two points in the fifth and, after a blank end, the Dutch followed them with one point bringing the score to 5-4 after seven ends. In the eighth end the Americans broke away with a score of four despite American skip John Shuster coming up light on an open draw with his final stone. After this, the Dutch conceded to give the Americans a 9-4 win.

“Obviously for us, we’re here trying to win a world championship. Making the play-offs and putting ourselves in position to do that also doubled as qualifying our country in the Olympics. Obviously, we carry that flag with pride and we’re happy to be moving on to the play-offs,” said Shuster.

Defending world champions Sweden secured their spot in the semi-finals by beating Germany this session with a score of 8-4. The teams were tied 4-4 after the sixth end, but Sweden added two points in the eighth end and another two in the ninth, after which the Germans conceded.

Switzerland picked up a win against Korea this session, keeping them in contention for a play-off spot. The score was 3-2 in favour of the Swiss after the fifth end. In the sixth end, Switzerland scored four points with an open draw to the eight foot on the last stone. Despite adding a point in the seventh end, the Koreans couldn’t catch up. After the Swiss took two points in the eighth end Korea conceded, giving Switzerland a 9-3 victory.

Canada and Norway faced off this session, with both teams vying for coveted play-off spots. Canada created an early lead of 4-1 after the fourth end. They maintained control in the later ends, even as Norway took two in the sixth end. The score was 6-4 in Canada’s favour at the start of the tenth end when the Canadians ran the Norwegians out of stones to secure the win. With this win, the Canadians earned their country a berth to the Olympic Winter Games Beijing 2022.

“I was really proud of the guys. We bounced back. We played a solid game from start to finish tonight and that’s how we got the ‘W,’” said Canadian skip Brendan Bottcher.

Scotland, who sat out this session, also qualified for the play-offs and earned their country a spot at the Olympic Winter Games Beijing 2022.