RCF qualify for semi-finals after win against Scotland 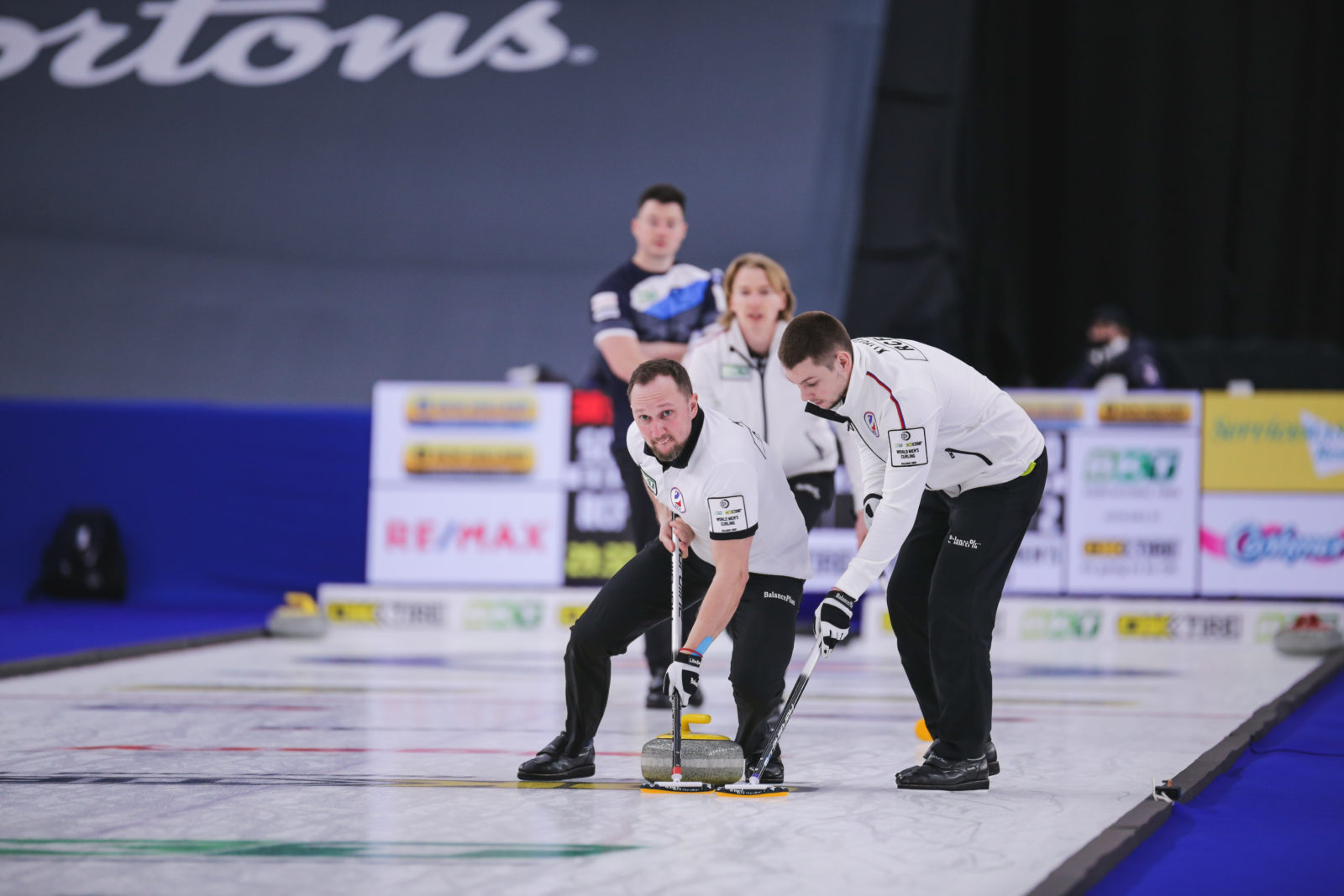 Home / News / RCF qualify for semi-finals after win against Scotland

RCF controlled the game early, scoring a point in both the first and second ends and four points in the fourth end. The score was 6-2 after five ends. When RCF scored three points in the sixth end, Scotland conceded and RCF won 9-2.

United States rose to third place in the standings after winning against Denmark 8-3 in seven ends. The Americans took two points in the third end and stole two in the fourth, but their real breakthrough came in the sixth end when American skip John Shuster executed a hit and stick for four points.

“We did our best to simplify early to see if we could get some easy twos. We played seven ends, but six really, really good ends in a row and that built that big lead,” said Shuster.

Japan and China played a close game that was tied 3-3 after six ends. China earned one point in the seventh but in the eighth Japan responded by taking two points. China took two points of their own in the ninth end to bring the score to 6-5 in their favour. In the tenth end, Chinese skip Qiang Zou executed a freeze with his last stone to attempt to neutralize one of two Japanese stones in the house. With last stone advantage, Japanese skip Yuta Matsumura took out the Chinese stone, earning two points for a 7-6 win.

“We played a good game, we had control with the hammer and had the chance to take points,” said skip Zou Qiang. “There is not much we could have done, Japanese made a great shot to win and we really appreciate this game. This has been a great chance for us to learn from the top teams, learn their communication and angles.”