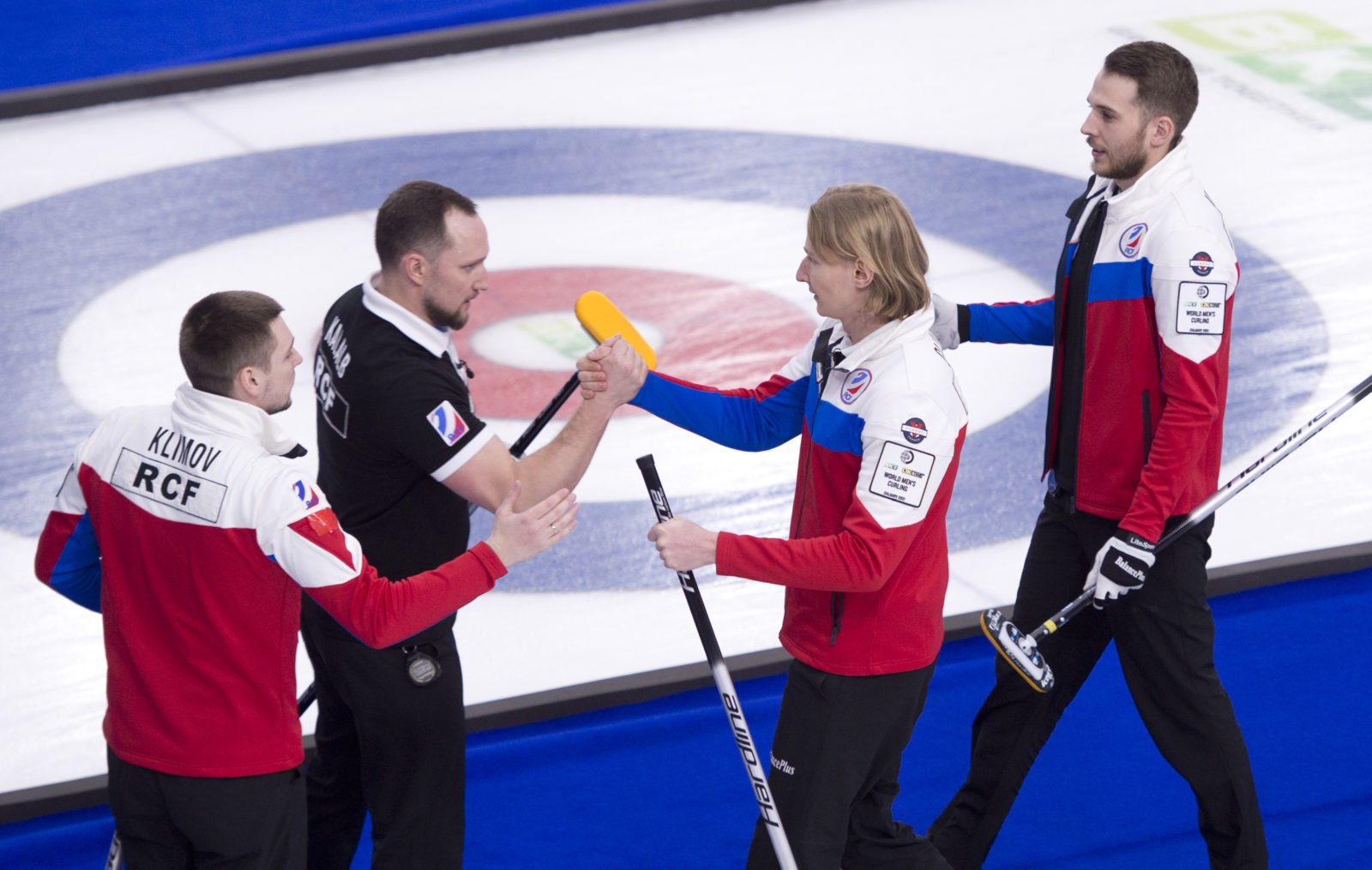 Norway and RCF both had real hopes to seal their play-off qualification when they faced each other in Thursday morning’s nineteenth round-robin session of the BKT Tires & OK Tire World Men’s Curling Championship 2021.

In a tight game, the teams were tied at 3-3 at the fifth end break. RCF had a 5-4 lead after the seventh end when Norway earned two points in the eighth for a 6-5 lead. In the tenth end, RCF skip Sergey Glukhov was looking for the two points he needed for a win but rolled too far on his angle raise attempt to tie the game at 6-6, forcing an extra end. In the extra end, Norway’ skip Steffen Walstad came up short with his final draw to give RCF a steal of two points, winning by 8-6. With this win RCF qualified their team for the play-offs alongside Sweden, as well earned their National Olympic Committee a spot in the Olympic Winter Games Beijing 2022.

“It’s an amazing feeling. I think it’s one of the best days of my career,” said RCF skip Sergey Glukhov. “It was a really tough week but our performance was better and better game by game.”

Switzerland forced the win they needed to keep their play-off hopes alive when they beat the Netherlands in this session. By the sixth end, Switzerland carved out a 6-3 lead. In the seventh end Wouter Goesgens, the Dutch fourth player, wrecked his last stone on a front guard to push a second Swiss stone into position, giving the Swiss a steal of two and an 8-3 lead. The Netherlands managed to score one more point in the eighth end to reduce Switzerland’s lead to 8-4, but conceded after that.

This was a sixth win for Switzerland that puts them into seventh place on the table, with only six play-off slots available. The Swiss conclude their round-robin campaign against Korea and then China.

Japan still had slight play-off hopes when they came onto the ice to face Korea and they took control of the game in the second end, scoring four points for a 4-1 lead. After this, a hit to score three in the fifth and two more points in the seventh gave them a 9-6 lead. Korea then gave up a steal of one in the eighth end to build the Japan lead to 10-6. Korea then ran out of stones in the tenth to give the Japanese a fifth win, with a final score of 10-7.

“I don’t know if we still have a chance for the play-offs or not,” said Japanese skip Yuta Matsumura, “But we still have to win.”

China faced Germany in the fourth game of this session, and it was Germany who emerged with the win, thanks to scores of three in the sixth end, with an open draw, and two in each of the fourth and ninth ends. Germany won by 8-4.