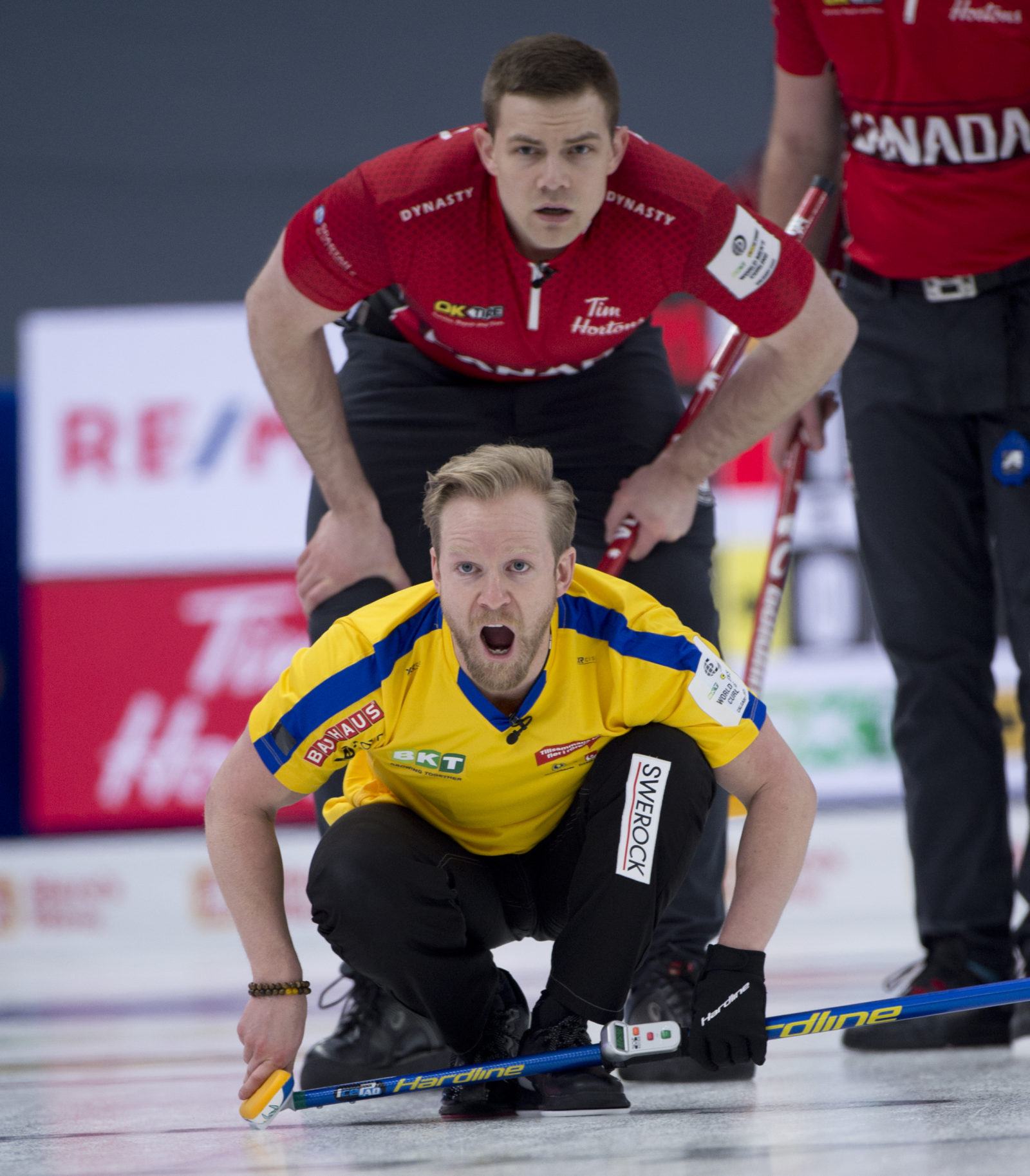 Sweden faced Canada in what began as a lopsided game in Canada’s favour in Wednesday evening’s session of the BKT Tires & OK Tire World Men’s Curling Championships 2021. Canada led 6-2 after seven ends, but in the eighth end, Sweden made a draw to the button to score three points. In the tenth end, Sweden made a tap back on their last shot to score four points and claim the win. The final score was 9-7 for Sweden.

With this win, Sweden earned their National Olympic Committee a spot in the Olympic Winter Games Beijing 2022. Swedish skip Niklas Edin commented on this feat saying, “It’s a big relief from our shoulders, now we can just focus on these worlds and try to win it.”

Germany played against Korea in this session. The two teams were tied after five ends, but after Germany scored two points in the eighth end, they stole another five points in the ninth end to force Korea to concede with a 12-5 final score.

The Scottish and Italian teams faced off in what was a runaway game for Scotland from the start. After seven ends, Scotland was up on Italy 6-1. Italy was not able to come back, scoring one more point in the eighth end, but ultimately conceding to Scotland with a final score of 7-2.

Scotland move up to the third spot in the standings with an 8-3 record, and Italy sit in eighth place with a 5-6 record.

Scottish skip Bruce Mouat spoke after the game saying, “There are so many things that could happen, and it still looks like there are eight teams that are in contention for it, so there is still going to be a battle for the next two days.”

Denmark played Switzerland in this session. Switzerland held a lead of 7-4 in the first seven ends, but the game turned around when Denmark scored three points in the eighth end. After scoring another two points in the tenth end with a heavy weight double takeout, Denmark won the game with a final score of 9-8.

Denmark is now tied with Germany for eighth place in the standings with a 3-7 record, and Switzerland holds seventh place with a 5-5 record.