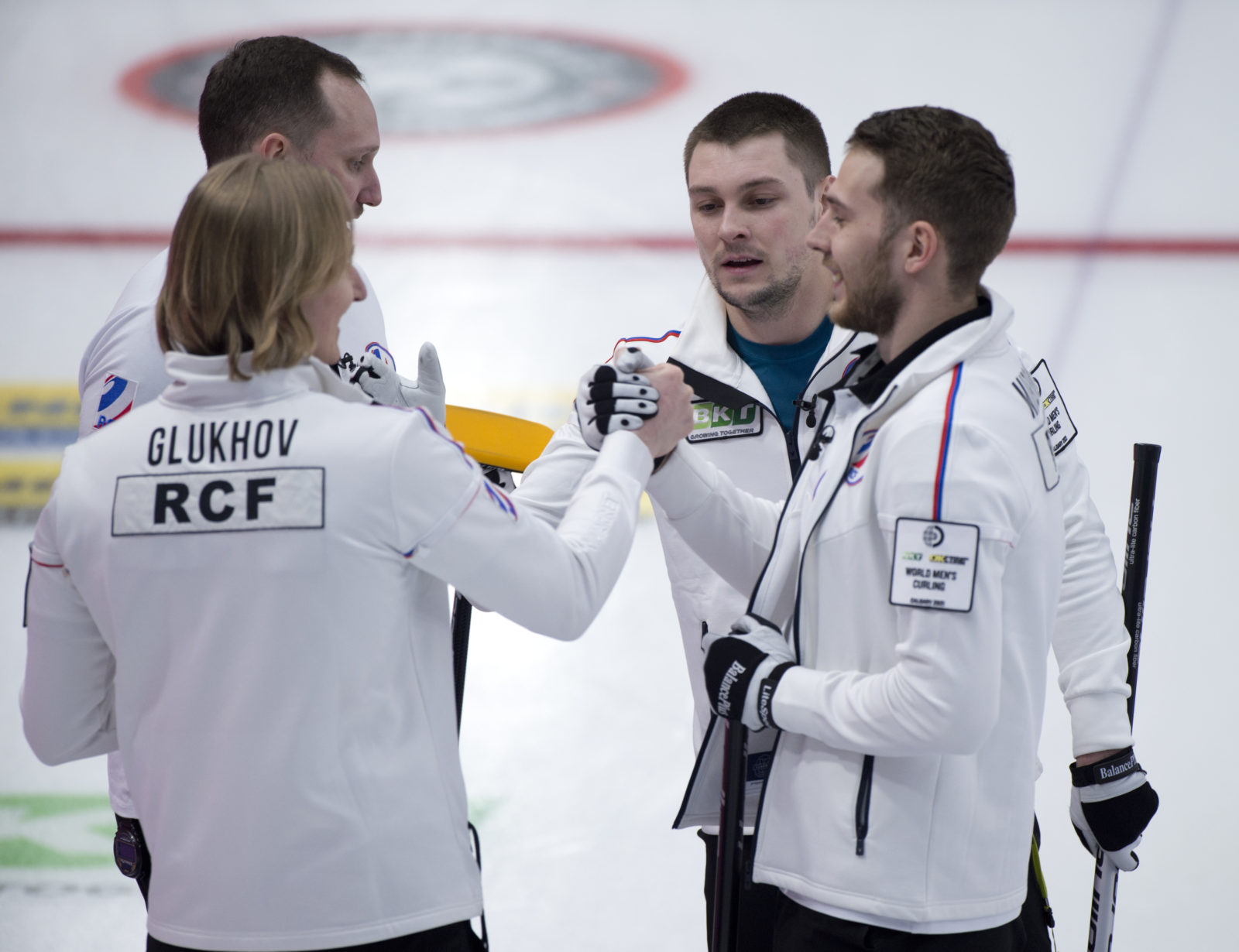 Canada took RCF to an extra end in session 17 of the BKT Tires & OK Tire World Men’s Curling Championship 2021 but RCF emerged victorious with a score of 8-7. RCF were ahead by three points heading into the tenth end when Canadian skip Brendan Bottcher executed a raise double take out to earn the three points necessary to force an extra end. In the extra end, RCF skip Sergey Glukhov came out of the hack light on his final draw, but with the help of strong sweeping was able to get the stone just far enough into the house to be the shot rock.

Scotland and United States also played a close game that went into an extra end. The score was 7-6 in favor of the Scots after the eighth end when the Americans took three points, working with a personnel change as they swapped lead John Landsteiner with alternate Colin Hufman for this game. The Scots responded by taking the two points necessary to tie the game in the tenth end. With last stone advantage in the extra end United States scored one point to win by 10-9.

“We’re going to continue to make roster choices based on what our team needs,” said American skip John Shuster. “Today, after that long, hard-fought extra end game this morning, Landsteiner did a ton of sweeping in that and we had a plan of getting Colin into a game. It seemed like the right time.”

Italy bounce back for important win

Italy won against Norway with a score 10-3. The score was 3-2 in favor of the Italians after the fourth end, but in the fifth end the Italians took five points after an in-off take-out. The Norwegians were never able to catch up and conceded after eight ends.

“The coaches just told us that we need to perform the way we can, because that’s the only way we can win. We know we have the level to beat every team here so we just needed to bring that level on the ice, to perform well individually and as a team. We knew we could win this game and we can also win the next ones,” said Italian skip Joel Retornaz.

Japan and Netherlands faced each other with the teams tied 2-2 after four ends. Japan began to pull away by stealing two points in both the fifth and sixth ends, for a 6-2 lead. The Dutch closed the gap, bringing the score to 7-5 after nine ends, but ran out of stones in the tenth end, giving the Japanese a 7-5 victory.