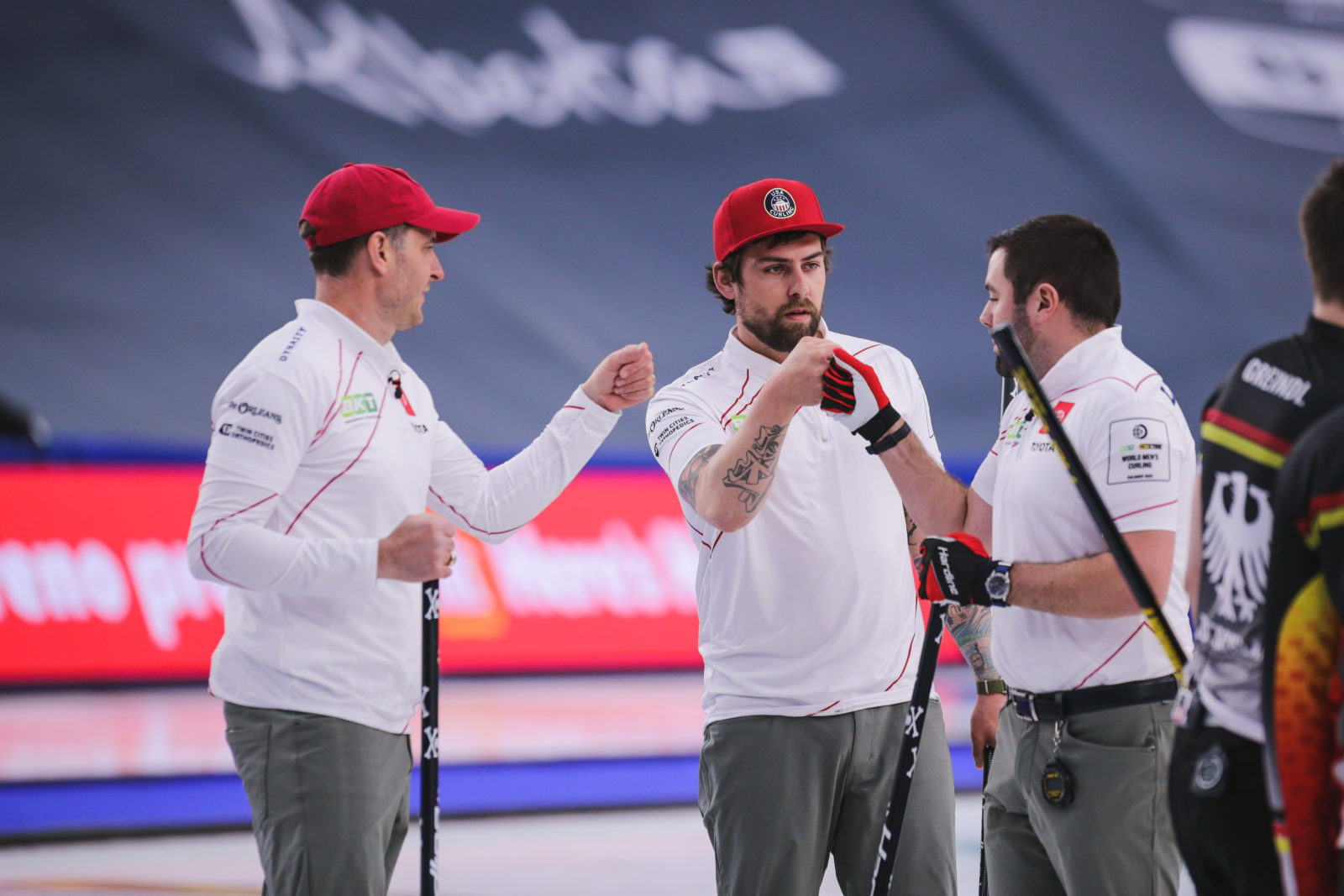 United States won against Norway by 6-5 in an extra end to shake up the standings after Wednesday morning’s sixteenth round-robin session of the BKT Tires & OK Tire World Men’s Curling Championship 2021.

Norway, who held first place for most of the round robin, are now in a four-way tie for second. The Americans led throughout the game. In the tenth end, United States skip John Shuster played a raise take-out with his first stone which meant that Norway could only score one point to tie the score at 5-5 and force an extra end. In that end, Shuster had a draw inside Norway stones to the four-foot ring, for one point and the 6-5 win.

Sweden rise to the top

A 5-3 win by Sweden over China put the defending champions at the top of the rankings. The teams were tied at 2-2 at the break, with, crucially, Sweden having last stone advantage in the even ends. In the eighth end, Sweden scored two points, taking a 4-2 lead. In the tenth end, a draw by Edin for one point was enough for Sweden to clinch the game at 5-3.

Japan back in win column

Japan played Denmark in this session. The Japanese opened strongly when skip Yuta Matsumura tapped out a Danish stone to score two points. Japan scored another two points in the third end and three more in the fifth for a 7-2 lead at the halfway point. Though Denmark was able to make up some lost ground with scores of two in both the sixth and eighth ends, they conceded after the ninth end when the score reached 10-6.

Germany faced Netherlands in the fourth game of this session. Thanks to a steal of two in the fifth end, the Dutch took a 4-2 lead into the halfway break. In the tenth end, an umpire’s measure gave Netherlands a single-point steal to win the game by 7-5, after Germany was heavy on their final draw.

“Today it curled a little more than yesterday. We worked as a team to communicate about how the ice runs today,” said Dutch vice-skip Wouter Goesgens. “We’re getting lessons out of every game and taking them to the next. We have definitely improved from the first couple games and hoping to get some more good games in and learn as much as we can.”