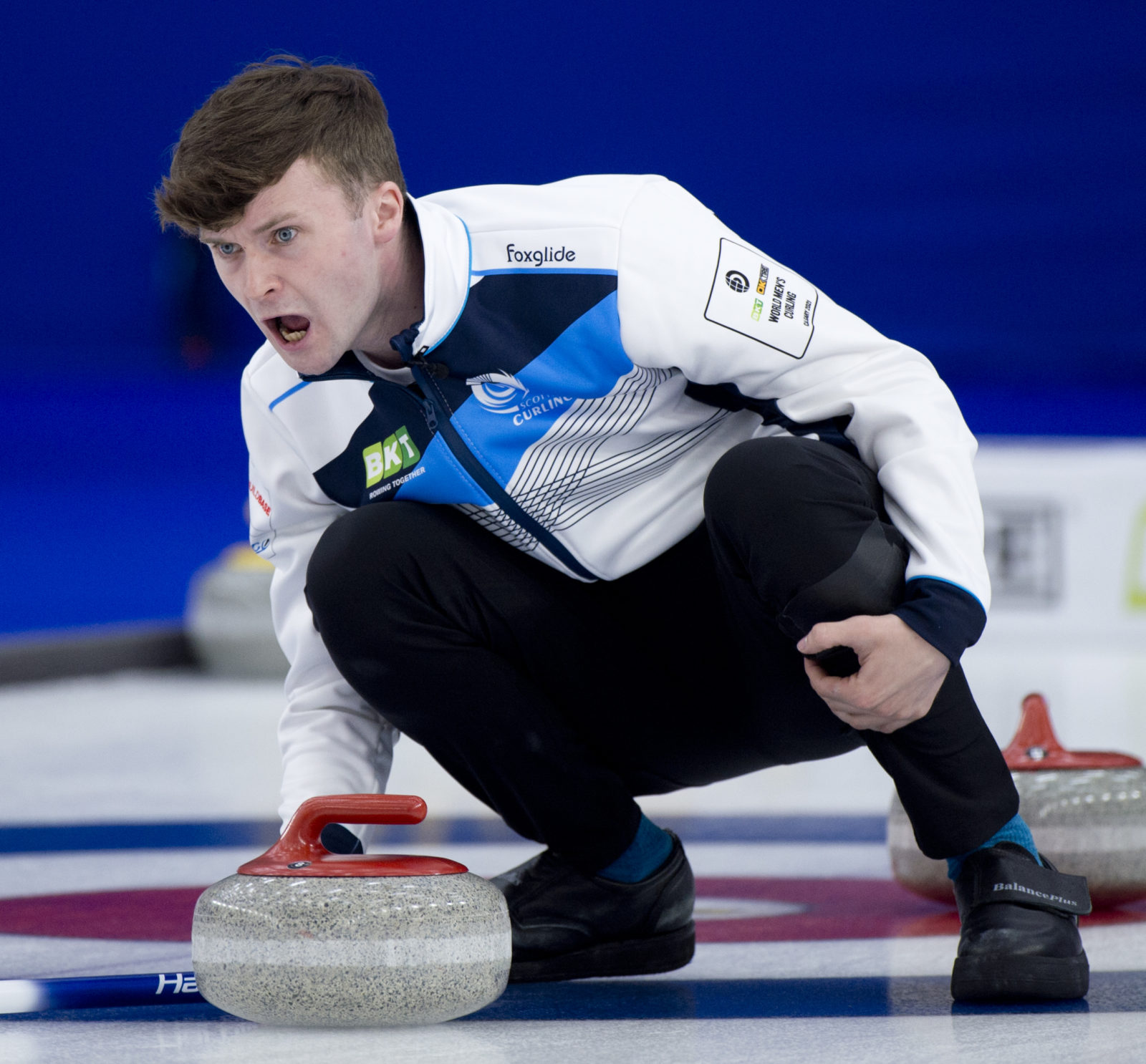 Scotland and Switzerland faced off in this session, with both teams vying for a higher position in the standings.

The teams were tied 3-3 after the fifth end. Scotland took one point in the sixth end, but Switzerland countered with a point in the seventh. In the eighth end, Scotland began to break away, taking two points and stealing one in the ninth.

Switzerland ran out of stones in the tenth end, giving Scotland a win of 7-4, which moves the Scots into a four-way tie for second place.

“I think we knew today we had two hugely important games against two top teams… it’s good to get the two wins and hopefully we can continue that performance tomorrow,” said Scottish third Grant Hardie.

Korea faced Sweden this session, giving the Swedes a lead of 5-2 after the fifth end. Sweden then stole three points in the sixth end and two points in the seventh end, bringing the score to 10-2 when the Koreans conceded.

“Every win is really important right now and after two losses, we cannot afford any more losses, especially if we want to compete for the one and two spots to go straight into the semi finals,” said Swedish third Oskar Eriksson.

Italy and RCF played a tight game that was tied 5-5 after six ends. RCF pulled away in the seventh end by taking two points, adding a steal of one in the eighth. Italy managed two points in the ninth end. Italian skip Joel Retornaz had a chance to force an extra end with his last stone in the tenth end but was heavy on an open draw to the house. RCF won 8-7.

“All of the teams here have had a really good performance and we’ve had a lot of interesting games. We have four more games and now is not the time to relax,” said RCF skip Sergey Glukhov.

“When we came into here we thought, ‘All teams are stronger than us, but we can fight,” added RCF lead Anton Kalalb.

Canada and China played a tight game. Though Canada scored first, with one point in the first end, China picked up a point in both the second and third ends before Canada managed three points in the fourth, bringing the score to 4-2 heading into the fifth end. The teams were tied 5-5 by the end of the ninth end. Canada had last stone advantage and skip Brendan Bottcher drew to the button on his final shot to earn one point for a 6-5 win.

“There’s certainly no easy games out here. I thought we had control through most of the game and that carried through to hammer in the last end,” said Bottcher, adding, “They brought it all the way down to the end and left me a really tough shot to win.”