Norway beats Japan to remain atop the leaderboard 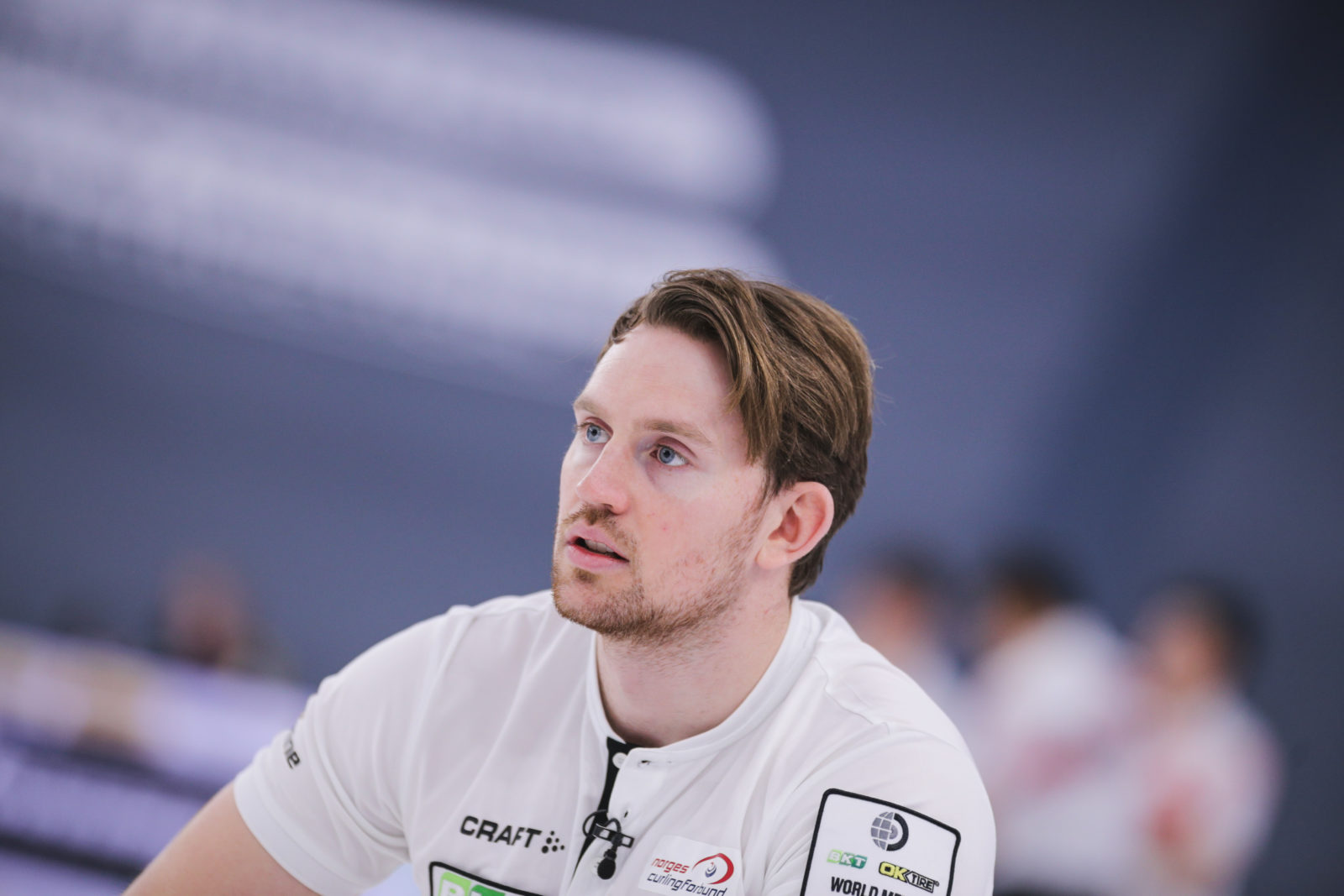 Home / News / Norway beats Japan to remain atop the leaderboard

Norway held on to the top spot in the standings by winning against Japan in Tuesday morning’s thirteenth round-robin session of the BKT Tires & OK Tire World Men’s Curling Championship 2021.

The Norwegians opened with a score of two points in the first end, then had steals in each of the next three ends to take a 6-0 lead into the fifth end. In the fifth, Japan’s skip Yuta Matsumura finally got his team on the scoreboard with a draw for two points, to reduce Norway’s lead to 6-2. However, a further score of four with a draw by Norway’s Steffen Walstad in the sixth end was enough to persuade Japan to concede with a final score of 10-2.

“It’s a really good feeling because we didn’t perform so well yesterday, so it’s a good bounce back,” said Walstad.

RCF were up against the Olympic champions from the United States, gaining an early lead, at 5-0 after two ends. United States fought back to level the game at 6-6 in the seventh end. Then RCF put the pressure back on in the eighth end when skip Sergey Glukhov played a hit to score four points and move back into a lead, at 10-6. United States then scored two points in the ninth, however, made a hit to win RCF win 11-8 in the tenth end.

“The first two ends were really important but after that we just relaxed a bit and played not so confident. The United States team played well and we started to play a little bit nervous, I don’t know why. We struggled with our nerves,” said RCF skip Glukhov.

Sweden played the Netherlands in this session. After blanking the first end, Sweden scored three in the second end to take a 3-0 lead. By the eighth end they had increased to a 10-4 lead. The Netherlands then conceded the game.

China earn a win against Korea

Korea played China in the fourth game of this session and it was China who took a 3-0 lead in the second end. Korea responded after this, scoring two points in both the third and fifth ends to level scores 4-4. China then ran Korea out of stones for an 8-5 win.