Defending world champions Sweden back on track after two-win day 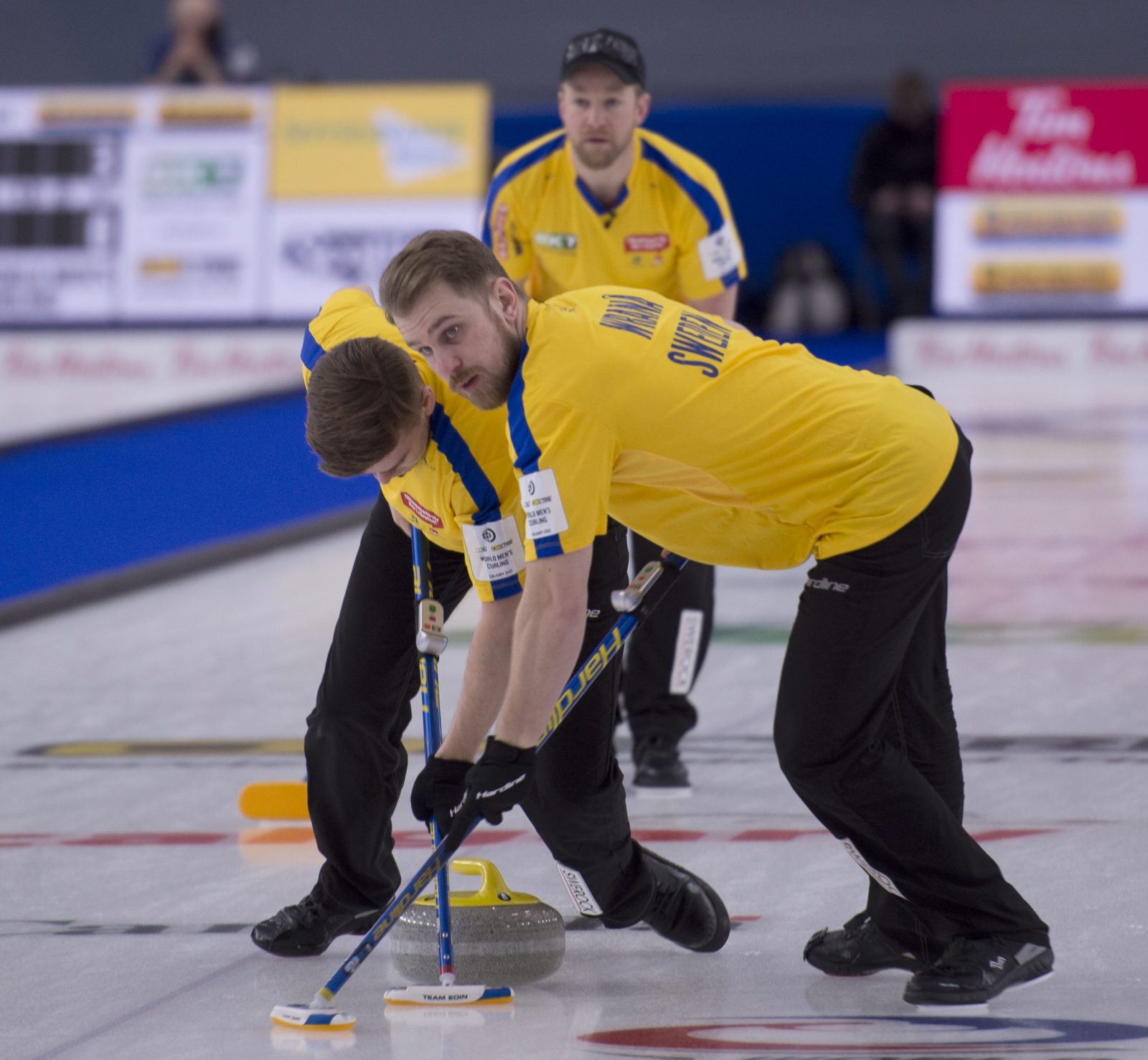 After losing a close game yesterday to Norway, Sweden won a second consecutive game in Monday evening’s session of the BKT Tires & OK Tire World Men’s Curling Championship 2021. The Swedes now join a six-way tie for second place at the halfway point of the round robin.

Sweden solidified a new win streak this session by beating Denmark 9-1 after seven ends. The Swedes started strong by picking up points in the first three ends. Denmark took one point in the fourth. Sweden then scored four points in the fifth and then another in the sixth before Denmark conceded.

“It was an important comeback this morning and this game we started really well. It kind of felt like we could roll on that lead a little bit. The ice has been really easy to play on today. It was raining yesterday so I’m kind of assuming that was why it was a little trickier. I felt the ice surface today was easier to draw on and take outs went dead straight so it’s just easier to keep the lead when the ice is like that,” said Swedish skip Niklas Edin.

Switzerland bounced back from a tough loss earlier in the day with a 8-2 win over RCF. They started strong by taking three points in the first end and another in the second. The Swiss improved their lead to 5-2 heading into the seventh end when they took three with their last stone advantage and RCF conceded the game.

“I think we had a bit of a tough loss against the Italians, but we got a couple of breaks from RCF at the start and that kind of set the tone for the rest of the game. That definitely makes a difference. With the back-to-back games, it was good to have an easy one,” said Swiss skip Peter de Cruz.

The United States mounted a comeback of their own, after a lopsided loss to Canada earlier in the day, with an 8-2 win against Italy after seven ends. The score was 4-1 after four ends. In the seventh end, American skip John Shuster executed a raise take out to score three points, after which the Italians conceded.

Germany and Scotland played a close game, with neither team managing to steal any points. The Germans started strong, earning a score of 5-2 by the start of the fifth end. After the break the momentum reversed and the teams were tied 7-7 at the start of the ninth end. Scottish skip Bruce Mouat executed a well-judged double take out to hold Germany to one point. Using last stone advantage in the tenth end, Scotland took two points and earned the win with a score of 9-8