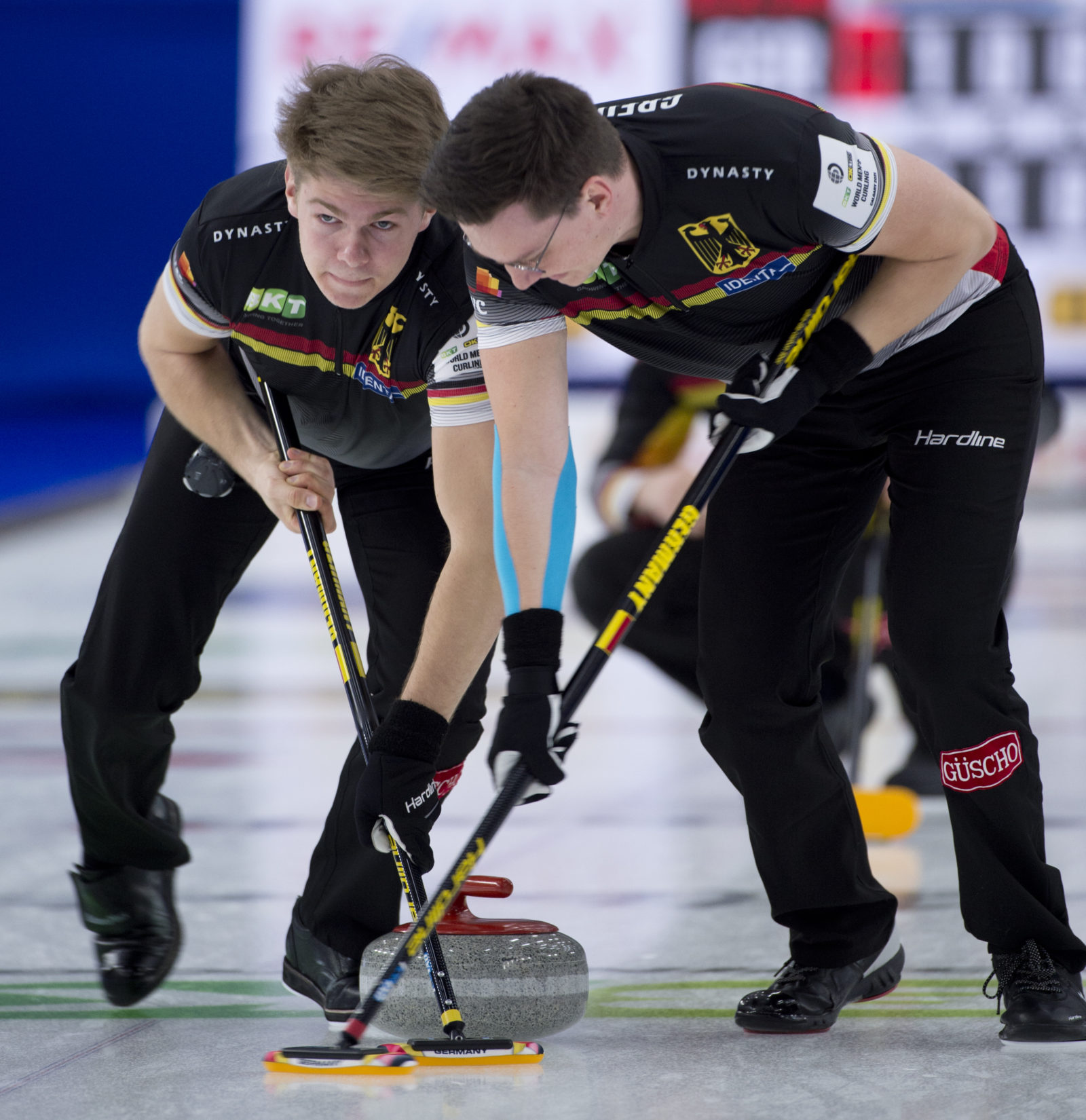 Table-toppers Norway, previously unbeaten with five wins, were Germany’s opponents. It was the Germans who opened the scoring with a single point in the first end. They then scored three in the fifth end, two in the seventh and two more in the ninth. Norway couldn’t score more than one point per end until the tenth end when they scored two, but that wasn’t enough to catch the Germans who won by 8-6.

“We had a really good third end and we played really tough there. We said, ‘Let’s just make easy shots, not make it too crazy with the rolls and give him the crazy roll to not give us two.’ He missed it. We took the chance to make it three. We kept the momentum,” said German third Marc Muskatewitz.

Netherlands faced China in this session, and by the fifth-end break, Netherlands already held an 8-1 lead. The Dutch scored two more points in the seventh end and China conceded, with the score at 10-2, giving the Netherlands their first win of the week.

“I’m really happy with my team. The set ups were really good, they made it easy for me to finish off the ends, so that really helps,” said Netherlands vice-skip Wouter Goesgens.

Hosts Canada faced Korea and it was the Koreans who struck the first blow in this game, scoring three points in the first end. In the fourth end, with Korea leading by 4-1, Canada skip Brendan Bottcher crashed an attempted take-out on a front stone to give Korea a steal of two and a 6-1 lead. Canada closed the gap, aided by a score of four in the eighth end then a steal of two in the ninth end, to take the lead for the first time in the game, at 9-8. But in the tenth, Korea’s Jeong hit out a Canadian stone to score two points and win by 10-9.

“Team Canada is the team we’ve watched online. We’ve watched videos of the strategies and postures, so it’s a good experience for us to actually beat them,” said Korean skip Yeong Seok Jeong.

Switzerland and Italy faced each other and the teams were level at just 2-2 in the seventh end. Italy earned one point in the eighth end, then Switzerland were forced to take one point from a busy ninth end to level the score at 3-3, giving Italy the last stone advantage in the tenth, which they used to win 4-3.