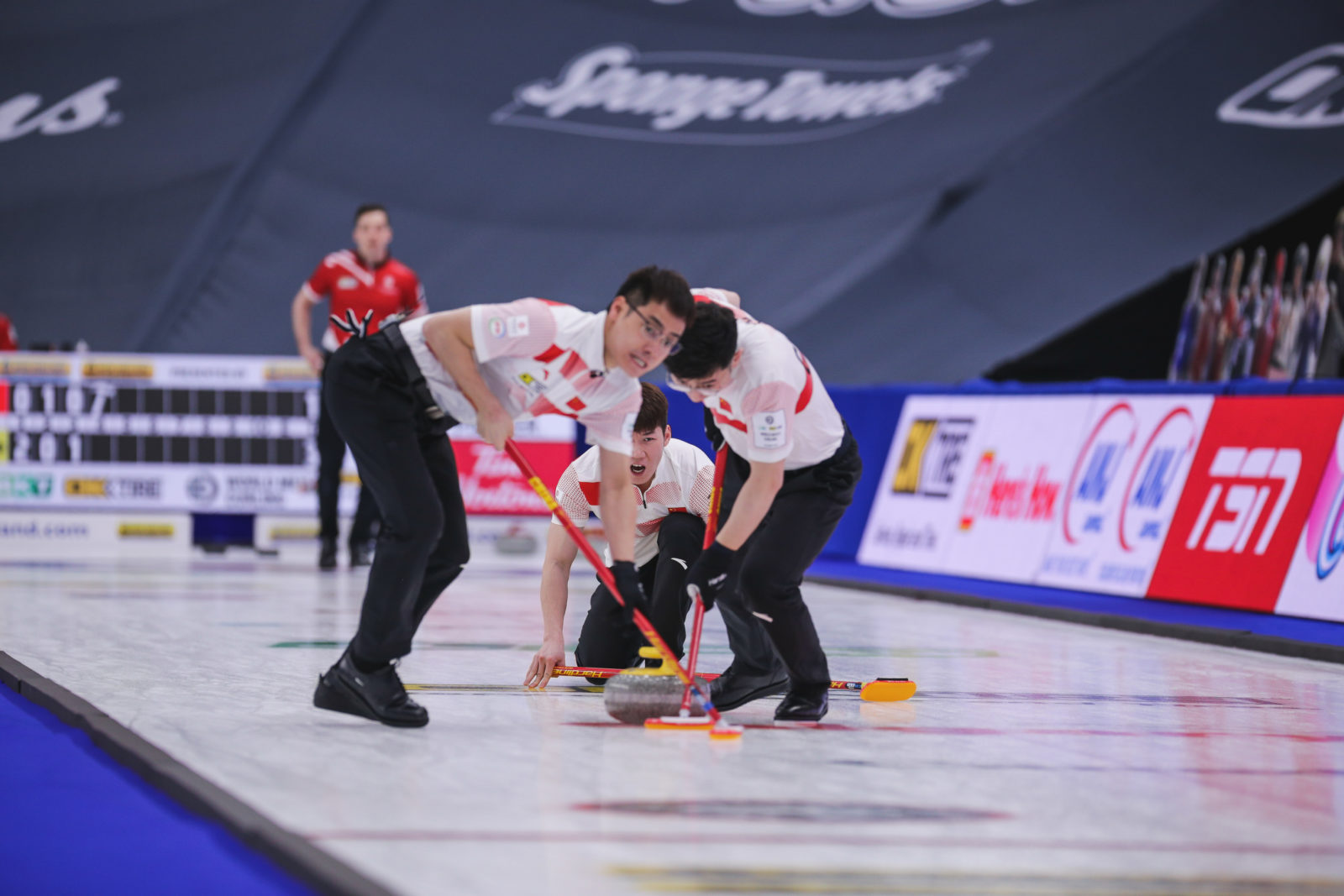 China opened the game with a hit to score two point in the first end. As the teams played the eighth end, they were tied at 4-4 when a draw by China skip Zou Qiang gave his team one point and a 5-4 lead. Denmark responded in the ninth end with a hit for one point. However, in the tenth end China’s Zou drew his final stone onto the button inside two Danish counters to score one point for a 6-5 win – their first victory of the event so far.

Canada beat the Olympic champions from the United States by 10-1 in just six ends. After blanking the first end, Bottcher scored three points in the second end and followed that up with single steals in the third and fourth ends, for a 5-0 lead.

In the fifth, the United States gave up another steal, this time for a score of five points. Canada went into the break holding a 10-0 lead. American skip John Shuster managed to get on the scoreboard with a draw for one point in the sixth end before conceding the game, with a final score of 10-1.

“I don’t think that you ever go into a game expecting a big blow out. I was going into the game hoping that we were going to hit our stride, play that extra half gear higher than we have been and I’m really proud of the guys for doing that,” said Canada’s skip Brendan Bottcher.

Defending champions Sweden and Scotland were in a tight game in this session. In the seventh end the score was tied 2-2. Swedish skip Niklas Edin ran back one of his own stones to take out a Scottish stone and score two points, for a 4-2 lead.

Scotland had reduced the lead to one point, with a score of 5-4, by the tenth end. In the tenth, Sweden jammed on a take-out to let Scotland steal one point, tie the game at 5-5 and force an extra end. In the extra end, Sweden’s final draw was well-swept to the four-foot,  to take the one point needed for a 6-5 win.

RCF kept their successful campaign going in this session, with a 10-5 win over Japan. RCF sealed their victory in the eighth end, when their skip Sergey Glukhov played a double take-out for three points, after which Japan conceded.