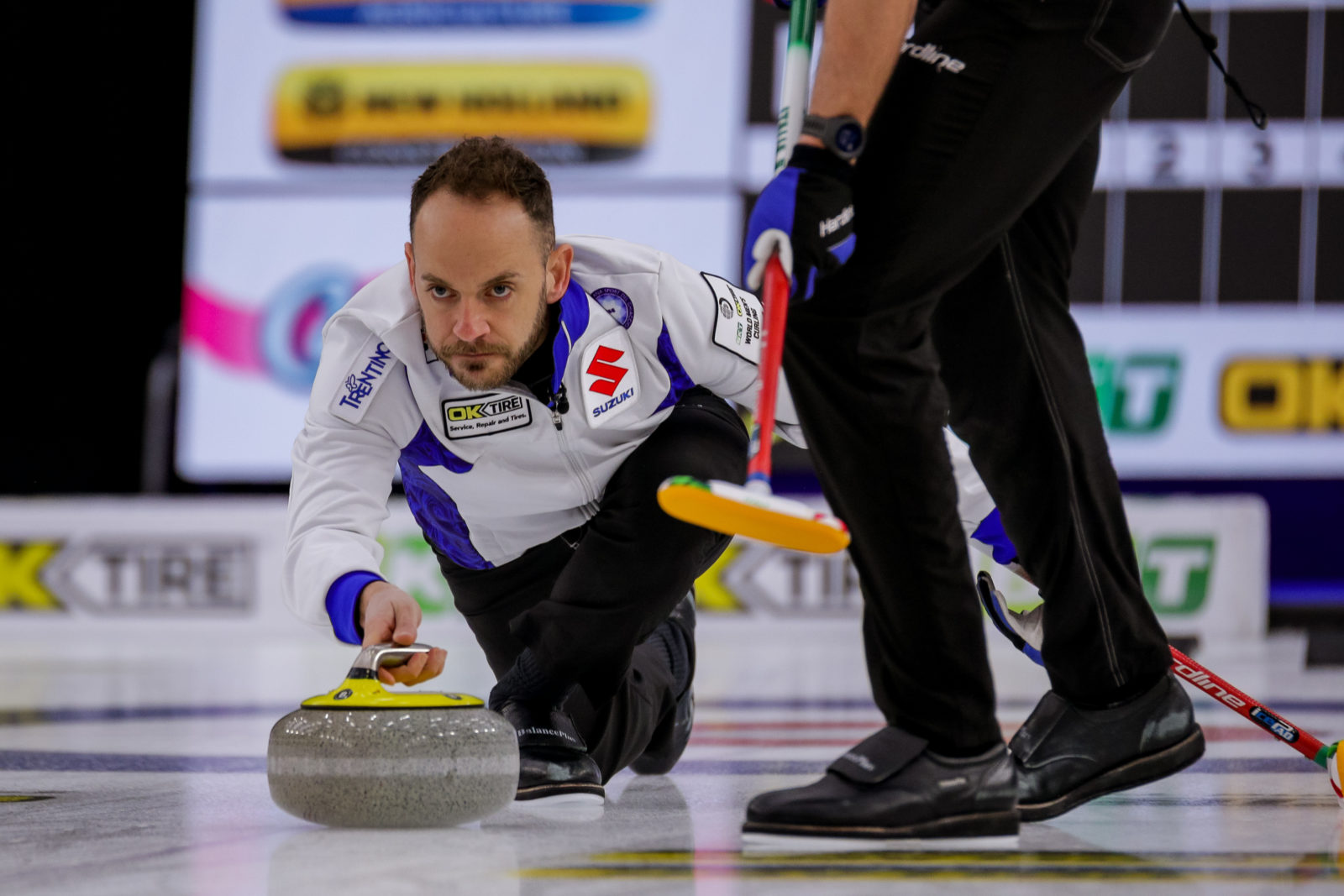 Hosts Canada faced Scotland in one of the sport’s classic match-ups. Canada, represented by skip Brendan Bottcher and his team making their debut at this level, opened the scoring with a single steal in the first end. Then, Scotland’s skip Bruce Mouat played a perfectly-judged draw inside another four stones clustered round the button to score two in the second end and give his team an early 2-1 lead.

Scotland moved into a 5-2 advantage in the fifth end when Mouat tapped out a Canadian stone to score three points. Canada got back into the game with a score of two in the sixth end to reduce the Scottish lead to 5-4. The tide turned in the seventh when Scotland attempted triple take-out and Canada stole two, taking a 6-5 lead. A further steal of one in the tenth end, when another attempted Scottish take-out went wrong, was enough to give one point to Canada and let them win by 9-6.

“We were resilient in that game,” said Canadian skip Brendan Bottcher. “We battled hard and that was a big win for us. We got some momentum, even throughout that game it felt like we picked up momentum as the game went on.”

In their opener, Italy, under experienced skip Joel Retornaz faced a new outfit from Korea. After blanking the first end, they opened with a score of three in the second. After this, it was mostly one-way traffic for Italy who stole two shots in the third end, finishing the game with a single steal in the eighth end, for a 7-1 win.

Netherlands faced the Russian Curling Federation Team (RCF). In the fourth end, with the RCF leading by 2-0, the Netherlands’ fourth player Wouter Goesgens played a hit and roll for two points to level the game at 2-2. However, in the sixth end, Goesgens was short with his tap-up attempt, giving the RCF a steal of three for a 7-2 lead on the way to an opening 8-5 win.

“I think at the start of the game I was a little bit nervous but from end to end I played better,” said RCF skip Sergey Glukhov.

Norway faced a Danish team making its debut at this level. In the tenth end, Norway’s skip Steffen Walstad had a double take-out for two points and the win, but jammed a stone on the way out to give Denmark a steal of one and force an extra end. Walstad made no mistake in the extra end and a draw to the four foot ring gave his team the one point needed for their 7-6 win.

“We’re still learning the ice and reading the lines on the takeouts,” said skip Steffen Walstad. “We had a lot of takeouts just barely missing what we wanted to succeed with.”

Asked about the atmosphere in the curling bubble, Norway’s third Torger Nergaard said, “it’s a very different set up with no fans — but the ice is the same and the rocks are the same.”