Scotland and Switzerland advance to semi-finals 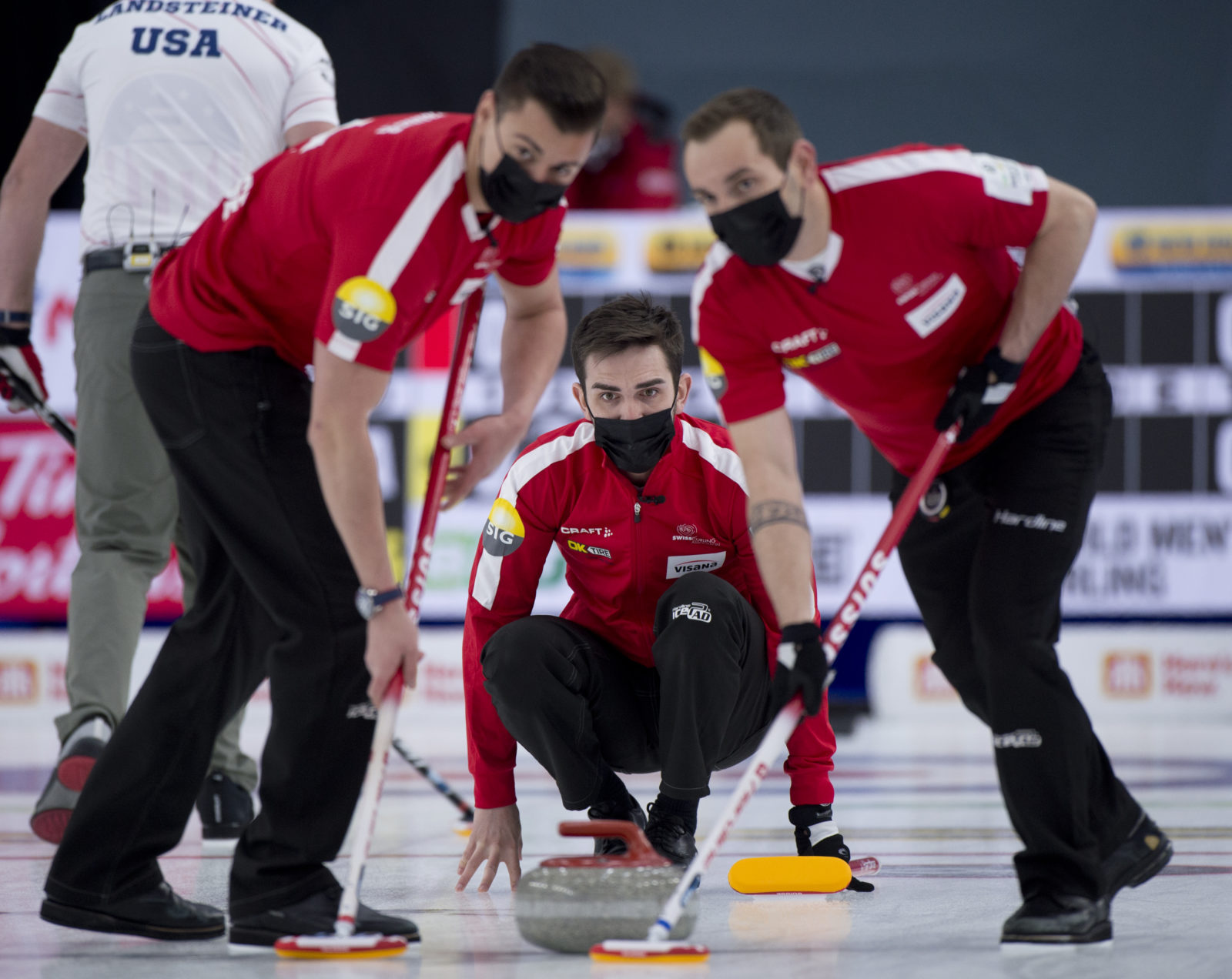 Scotland ended Canada’s play-off run in Friday evening’s qualification game. After two blanked ends, the Canadians were the first to make it on the scoreboard when skip Brendan Bottcher executed an open hit to count for one point. After another blanked end it was Scotland’s turn to score, with a raise take out that gave them one point.

Canada responded with another point in the sixth end when Bottcher made a draw to the four foot, neutralizing a potential steal of two for the Scots.

In the seventh, Scotland broke ahead by taking two points after capitalizing on a missed double take-out by Canadian third Darren Moulding, bringing the score to 3-2 in their favour.

“You don’t see [a missed shot like that] a lot and we were obviously a bit relieved,” said Scottish skip Bruce Mouat. “But, we had set up quite a good end up to that point and we knew that we were either going to get a blank if he made it or we were going to get two if he missed.”

“Overall, it’s the little things. It comes down to a half shot here, a half shot there,” said Bottcher.

Canada earned another point in the eighth end with an open hit on Bottcher’s last stone, but the Scots were able to use last stone advantage in the ninth end to increase their lead by two. Mouat executed a tight draw to the button with the help of well-judged sweeping, to lead by a score of 5-3.

“We knew the weight was good so it was really a case of going past that top one… I nearly got Hammy curling a little too much but thankfully it just curled into the top of the button and it was a huge moment in the game,” said Scottish third Grant Hardie.

In the tenth end, the Scots ran the Canadians out of stones to secure the win and advance to the semi-finals. This loss marks the end of the tournament for Canada.

“The last two world championships we’ve been to we’ve ended up losing to Canada in the playoffs… it feels like we got over a hill. If we play like that going forward, we’ll be a tough team to beat,” said Mouat.

Switzerland eliminate United States to advance to the semi-finals

United States and Switzerland faced off in Sunday morning’s qualification session. After a blanked end, United States opened the scoring with a draw to the button on skip John Shuster’s last stone, earning one point.

But the Swiss answered back in the third end. Shuster missed a double take-out, leaving Switzerland an open draw to the button for a 3-1 lead.

“That [third end] was the key. We basically just controlled the scoreboard after, making sure we just stayed ahead of them,” said Swiss skip Peter de Cruz

After a blank fourth end, United States tied the game 3-3 in the fifth after a well-executed double take-out by Shuster on his last stone gave them two points.

The Swiss reclaimed the lead in the sixth end, earning two points of their own after an open hit on the last stone. This brought the score to 5-3.

United States reduced the Swiss lead by taking a point in the seventh end, despite a missed draw by Shuster on the last stone. The Americans continued building momentum in the eighth end when they succeeded in stealing one point after Switzerland’s vice-skip Benoit Schwarz missed a chance for a double take-out on his last throw that would have earned the Swiss two possible points.

In the ninth end, Schwarz executed a masterful triple take-out for the Swiss before making an open draw to the four foot to take two points and a 7-5 lead.

“Big, big shot. It was basically a game-winning shot for us,” said de Cruz.

Down by two in the tenth end, the United States were able to bury one stone on the button but were left with a challenging raise take-out to score the two points needed to tie the game. Shuster was wide on this attempt and as a result, United States only scored one point in the final end. Switzerland won by a score of 7-6, advancing to the semi-finals and eliminating United States.

Switzerland will now play Sweden’s Niklas Edin in the semi-final while Scotland will meet RCF in the second semi-final.