The challenge of being off the ice: Wayne Middaugh’s transition into coaching 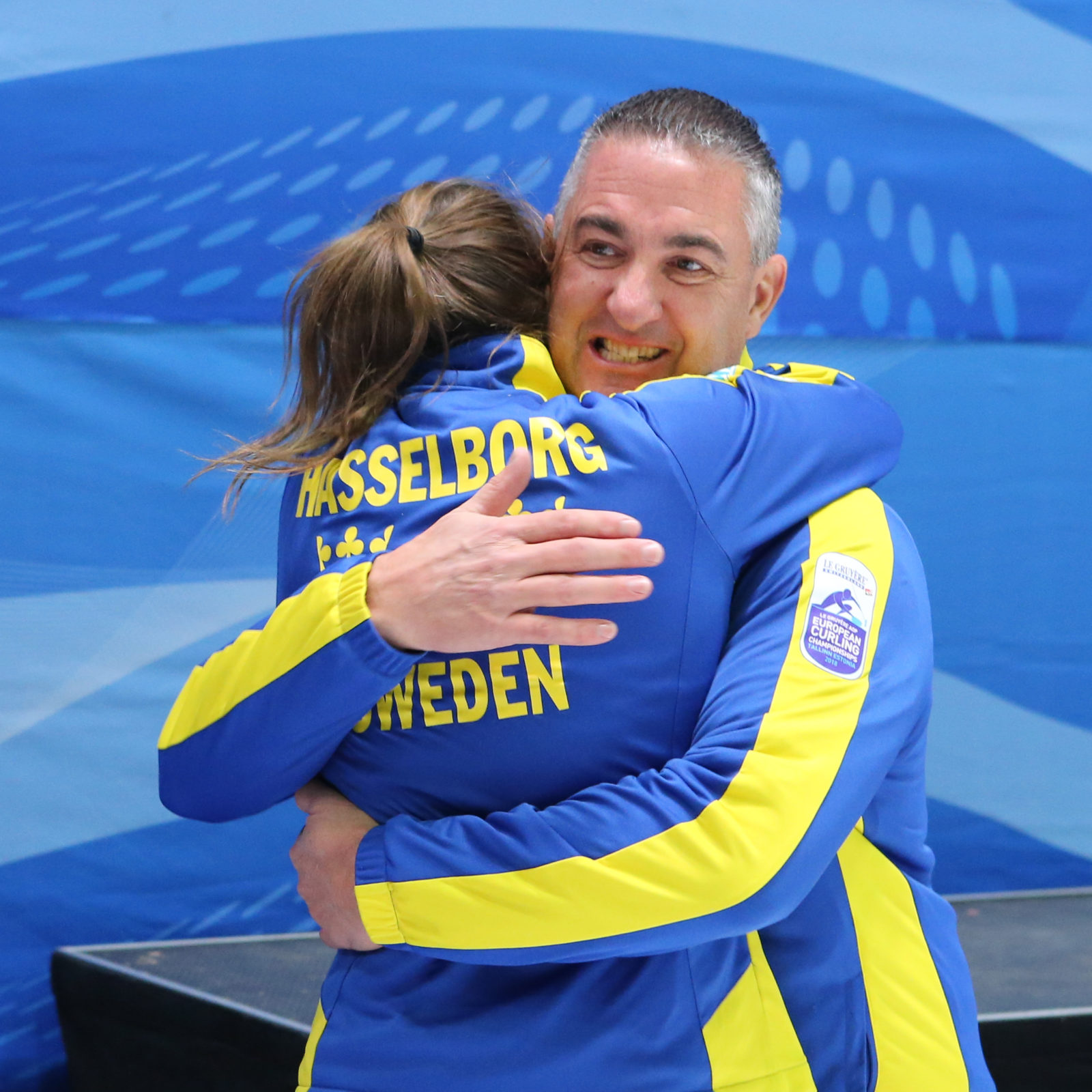 Home / News / The challenge of being off the ice: Wayne Middaugh’s transition into coaching

For Wayne Middaugh, the World Championship will provide a host of challenges and unfamiliar situations as he continues his transition into a coaching role.

But for the three-time World Champion, the toughest aspect of all will be watching his Swedish team take to the ice.

For so many years as a player, Middaugh was at the forefront of successful curling teams, whether that be skipping Canada to three World Championship titles or guiding Ontario to three Brier gold medals.

Now though, as coach of Sweden, the 53-year-old must lead a team from off the ice – a role that will take some getting used to after a playing career spanning more than three decades.

“The most challenging part of coaching is not being on the ice,” Middaugh admitted. “It is much tougher to watch.”

Middaugh announced his retirement from competitive curling in 2014, but such is his love for the sport he’s been tempted into a comeback on a couple of occasions – most recently at the 2021 Tim Hortons Brier.

30 years after playing in the 1991 competition, Middaugh skipped an Ontario team, but he conceded that his return to the ice would be a fleeting visit.

“The Brier was a one off,” he revealed. “Physically I do not think I could play a long event again. We are only given so many rocks to throw in a lifetime and I’ve thrown all of mine.”

Wayne Middaugh explains how @TeamHasselborg rejuvenated his love for the game after a skiing accident in 2016.

Middaugh’s attentions have now turned to passing on his expertise to Sweden’s players, and getting the best out of the team, skipped by Anna Hasselborg.

“Yes, I miss playing and the bond you form with your teammates on and off the ice, winning or losing. I have really enjoyed the opportunity to help Team Hasselborg be the best they can be,” he explained.

“At this stage in my career I am much more comfortable behind the bench helping a team prepare for each game, or event, so they can be the best version of themselves.”

That versatility as a player has helped him gather valuable experience and knowledge of what is required across different roles in a curling team, something that he hopes will benefit him as a coach.

“As I have been lucky enough to win three [World Championships] at three different positions, I feel I can pass along something to each player on the team as I have seen the game from both the front and back end,” he commented.

“The key part to any successful team is that each player embraces their role on the team and works hard to be the best version of that role.”

Middaugh’s winning mentality, that saw him rack up an impressive haul of medals as a player, has already begun to rub-off on his team, as the accolades with Sweden begin to pile up.

The World Championships will offer another chance of silverware, before attentions turn to the Olympic Winter Games in 2022.

“I have been lucky with Team Hasselborg to already win many Grand Slam events, two European Championships and a silver at the 2019 World Championship,” Middaugh pointed out.

“Going forward our goal is to qualify Sweden for a spot at the 2022 Olympics and medal in Beijing.”

Playing in the Brier this year has allowed Middaugh to gain some experience of ‘bubble’ life, a protocol implemented to keep coaches and players safe during the COVID-19 pandemic.

He admitted that it was difficult to adjust to at first, but he hopes to pass on his own coping strategies to his team, while highlighting that preparation isn’t too dissimilar during a typical competition.

“The bubble has been tough, but I have passed along to the team things to do during the down time and be ready to pace yourself during that down time.

“But following that, start your routine for each pre-game preparation as you would for any game no matter how time is between games.”

The pandemic has forced Middaugh to take on a remote coaching role which he has understandably seen very little benefit from, but he was keen to praise his players for sticking to the task despite the circumstances.

“I have seen no positives coaching remotely,” he stated. “[But] the team and I have worked hard to coach online with virtual time outs.”

Curling fans, players and coaches are no doubt looking forward to the time when such restrictions have become a thing of the past – a moment that everyone hopes will come sooner rather than later.

The same goes for Middaugh, who is also hoping to get back to doing what he loves away from curling – travelling with his wife Sherry and daughters Kelly and Emily.

For now, though, the ‘bubble’ will allow for minimum distraction as he looks to add yet another World Championship title to his name, albeit from off the ice.