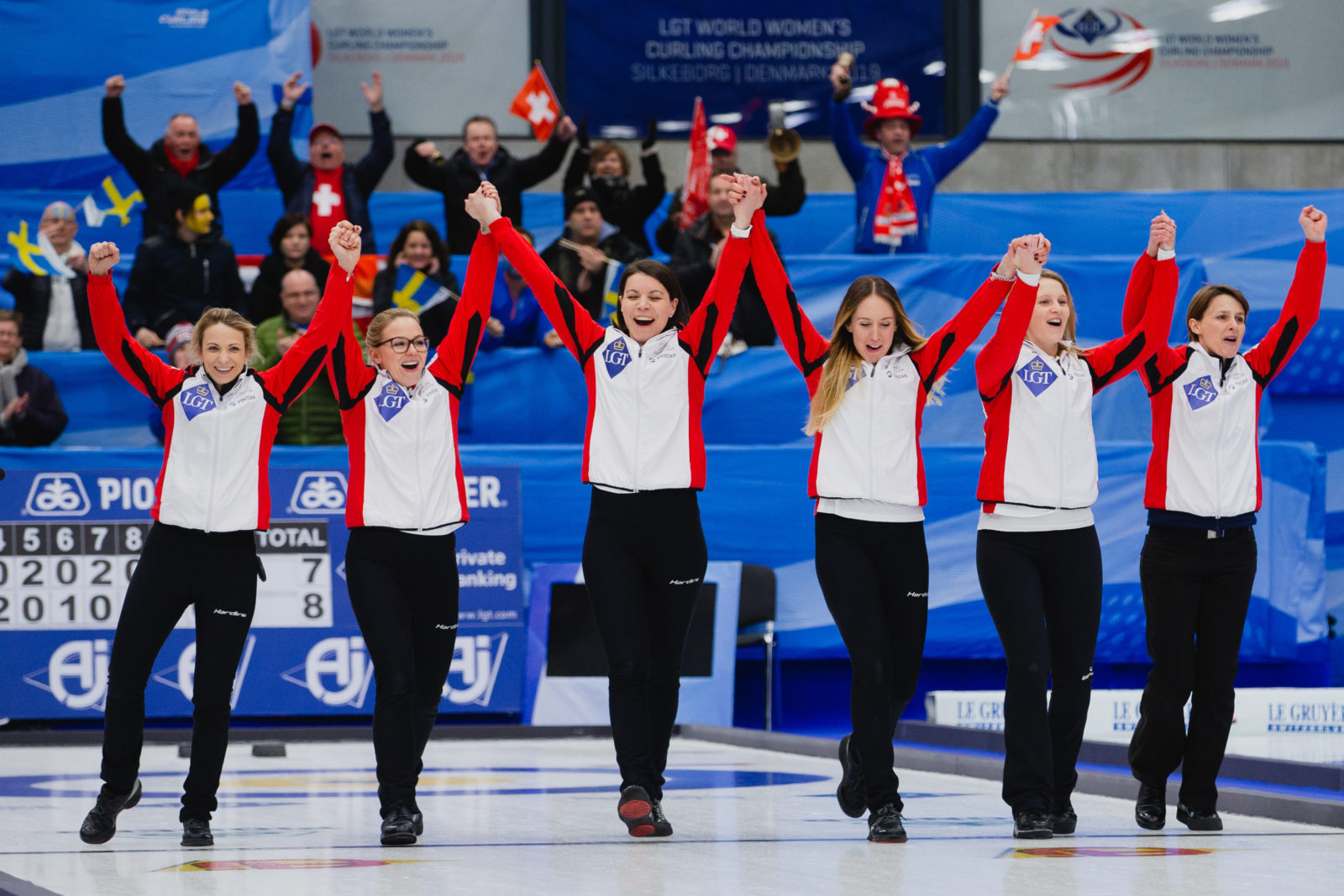 After a last minute cancellation of the 2020 women’s championship in Prince George, Canada, then a postponement of the 2021 edition which was originally slated for Schaffhausen, Switzerland in March, the women’s teams are finally taking to the ice for the LGT World Women’s Curling Championship 2021 in the Calgary bubble.

Teams from 14 Member Associations across the world will be vying not only for the world title, but a spot for their National Olympic Committee in the upcoming Olympic Winter Games Beijing 2022. The top six teams at the world championship will earn their place in the Games, with China already having their spots secured as hosts.

The hosts will be represented by two-time Canadian champions, skipped by Kerri Einarson. Despite being back-to-back Canadian champions, this rink has yet to compete on the world stage due to last year’s championship cancellation. Following their Scottie’s Tournament of Hearts win, Einarson went on to win the Canadian Mixed Doubles Championship with Brad Gushue. In 2018, second, Shannon Birchard, won gold as part of Team Jennifer Jones in the alternate position. This team has been competing in the bubble on-and-off since February and should be well adapted to the COVID-secure environment.

The Chinese team is led by the youngest skip in the field, 20-year-old Han Yu. Han competed at the World Juniors 2019 as fourth player where she landed a fourth-place finish. After this, she skipped her team to gold at the Pacific-Asia Curling Championships 2019.

Anna Kubeskova will skip the Czechs in her fifth world championship appearance. The team finished in sixth place at the European’s with a 3-6 record and prior to that went 6-6 at the world championship in 2018. 2016 brought their best World’s performance with a fourth-place finish. This team features sisters, Alzbeta and Michaela Baudysova.

The Dupont sisters are returning to world championship ice for their 12th appearances. In both 2018 and 2019 the Danish team finished their round-robin campaigns with a 3-9 record for an 11th place finish.

For the first time in women’s history, Estonia will have a team at the world championship after their eighth-place finish at the 2019 European’s. The team’s back end will be supported by skip Marie Turmann and her sister, Liisa Turmann.

After a fifth-place finish at the 2019 European’s, German skip Daniela Jentsch will look to improve on their 5-7 record at the world championships in 2019. This will mark a seventh world appearance for the 39-year-old skip.

The Japanese team will be skipped by Sayaka Yoshimura, who is making her second world appearance, after playing third in 2015. Team Yoshimura defeated Team Fujisawa in the Japanese Curling Championship in February to secure their spot in Calgary.

The Olympic silver medallists from the PyeongChang Olympics are making their return to the international stage for the first time since their fifth-place world finish in 2018. Skip, EunJung Kim, will be leading the same roster from the Olympic Games with hopes on building off of Korea’s Minji Kim’s world bronze medals in 2019.

It’s been four seasons since Scottish skip Eve Muirhead has had the opportunity to compete at the world championship. This will be the first world appearance for the ‘new’ Team Muirhead, who finished second at the European’s in 2019. Olympians, Muirhead and long-time teammate, Lauren Gray, will be making their eighth and fifth world showings, respectively.

The Olympic champions from Sweden will be skipped once again by Anna Hasselborg. The team will be leading the field, looking to one-up their back-to-back silver medals in 2018 and 2019. The Swedes claimed European gold over Scotland in the 2019 final and currently top the world rankings.

The reigning world champions from Switzerland will be looking to defend their 2019 title in Calgary. The Swiss, skipped by Silvana Tirinzoni, won their Nationals against Team Stern in February to qualify their spot at the world championship. Team Tirinzoni claimed the bronze medals after defeating Alina Kovaleva at the European’s in 2019.

The Americans will be represented by their Olympic National team from 2018, with the addition of Tara Peterson at lead. Tabitha Peterson will be stepping into the skip role while previous skip, Nina Roth will be playing third. This team won their National Championship in 2019, which has given them their ticket to represent the United States in Calgary.