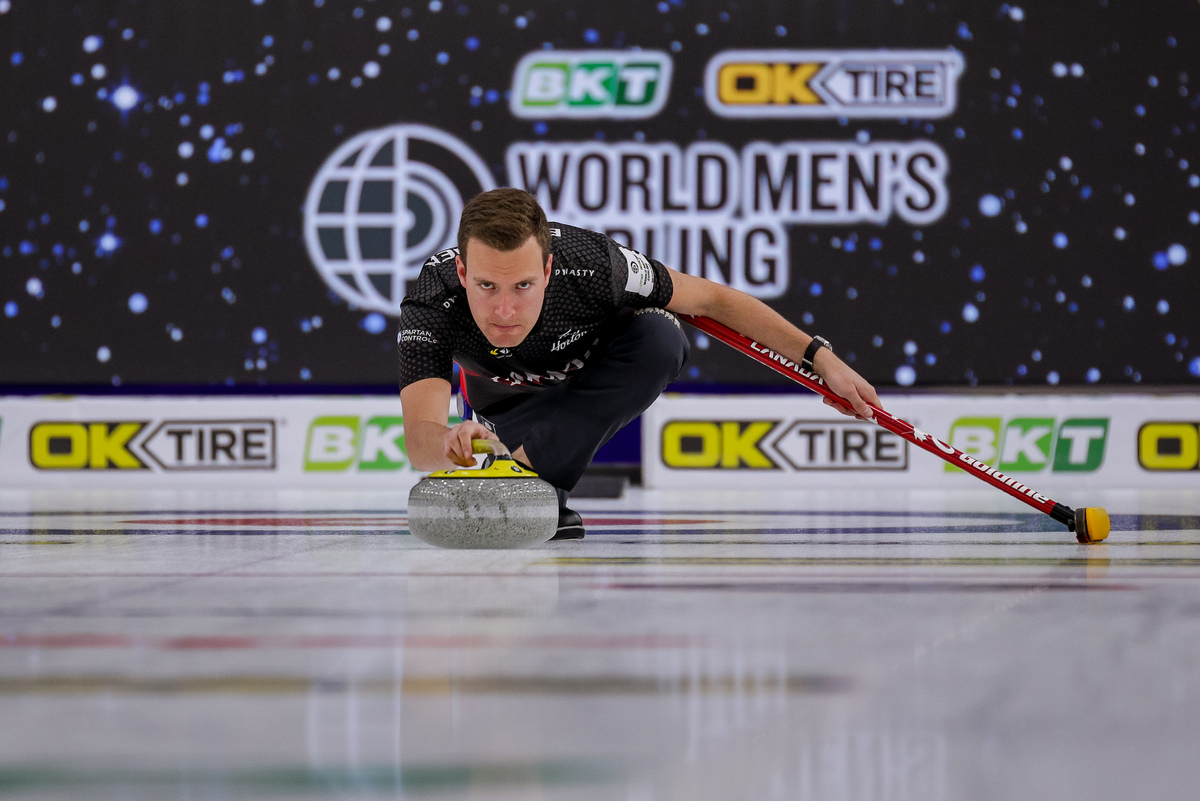 The 29-year-old secured his first Tim Hortons Brier title as a skip for Alberta at the fifth time of asking, putting memories of three consecutive Brier final defeats in the rearview mirror.

“Such a mix of happiness and relief,” Bottcher explained when describing his elation at lifting the Brier trophy in mid-March.

“It has certainly been frustrating few years, but in many ways each of those years were huge success stories for our team as well.”

Between 2018–2020, Bottcher skipped his team to the Brier final, only to be bested in the final match-up on each occasion.

Bottcher was twice defeated by 2006 Olympic Champion and World Champion Brad Gushue (2017 and 2019) and lost the 2018 final to Team Koe – but the Alberta-native insisted that reaching the final was an achievement in itself, as well as a learning experience.

“I try not to dwell on the negatives, you have to learn what you can from those moments and move on, which I feel very proud of our team for doing those few years in a row.

“Losing is always tough, but I wouldn’t define our seasons as ‘failures’ just because we lost a single game.

“Making the Brier final in itself is a huge accomplishment and something to learn from and be proud of.”

A fourth consecutive Brier final appearance came to fruition just a few weeks ago as he, Darren Moulding, Brad Thiessen and Karrick Martin once again faced off against Team Koe, and throughout the first six ends of the match Bottcher and co. trailed by a point.

In end seven, Bottcher and his team fashioned the opportunity to score big — drawing the final stone of the end to the tee line to score three points — which became the catalyst for their victory.

“I think being patient is a very strong trait that we carry as a team,” Bottcher relayed when asked if he and his team felt the pressure of another Brier final potentially slipping through their fingers.

“Although the score was low, that was more due to the quality of the execution rather than the strategy we were playing.

“I tried my best to focus on our game and keep applying pressure when we had an opportunity.”

A former 2012 National and World Junior Champion, Bottcher is no stranger to high pressure situations and is raring to go as the world’s best assemble in Calgary — and already has his eyes on a few contenders.

“I think all of the household names will be in contention again this week,” warned Bottcher, “certainly Scotland, Sweden, Switzerland and United States.

“I certainly hope we’ll also be in the mix. If we can play our best, we will definitely be in consideration.”

The Canadian team could definitely claim homefield advantage and not just because the Championship is taking place in Calgary.

The recent Time Hortons Brier was held at the same venue, and with the pandemic forcing the athletes into a COVID-secure bubble in order to compete — Bottcher and his crew have already adapted to a training schedule within isolation.

The Canadian skip also suggested the psychological anticipation of ‘bubble life’ was far worse than the actual experience of it.

“I had the “bubble” worked up much bigger in my head than it has actually panned out to be,” he said.

“It has not been that bad, and I would certainly give a ton of credit to Curling Canada and the city of Calgary for being able to put this all together for us.

“Not being able to see family is obviously hard. You want to share your big moments with family.

“The upside is that there are far fewer distractions not having a packed arena and all of the tension and hype that is generated from that.”

Bottcher will open his first world championship against the 2018 bronze medal winners, Team Mouat of Scotland. The game will feature live on TSN in Canada and around the world on the Federation’s YouTube channel.