Building the Bubble: The bio-secure challenge ahead of the World Championship 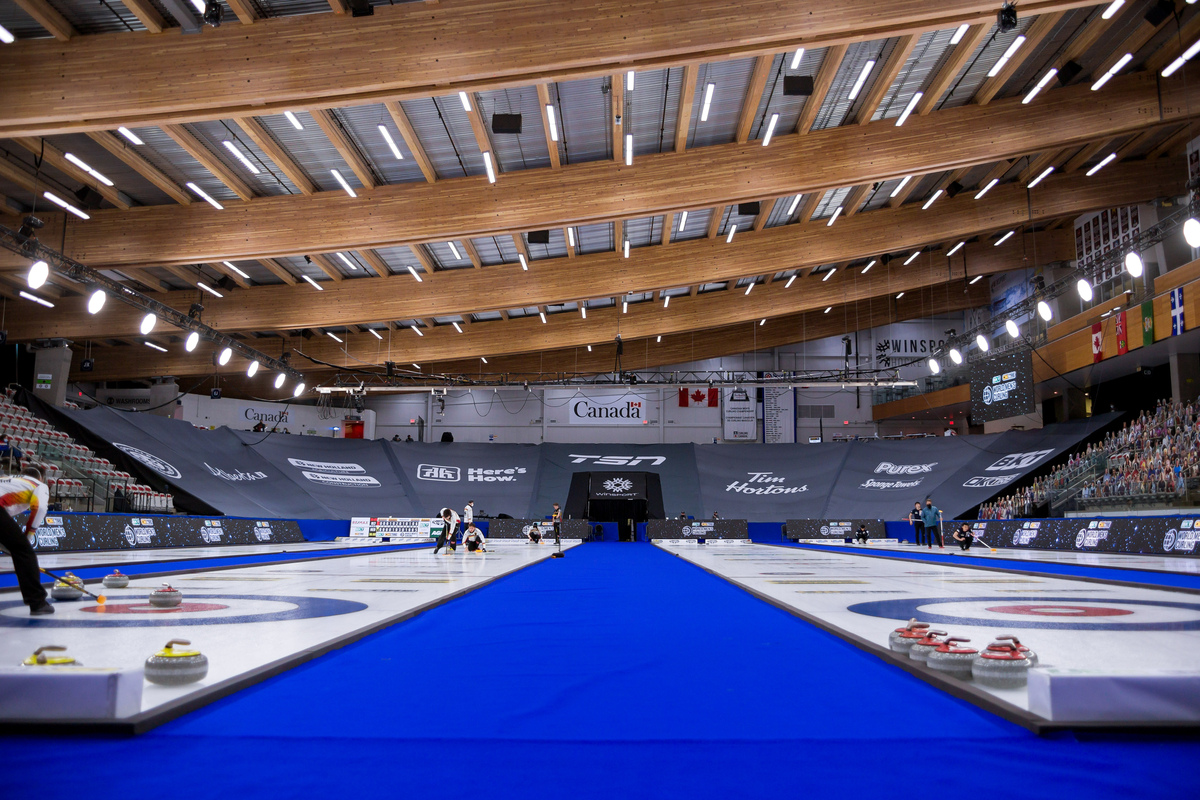 Home / News / Building the Bubble: The bio-secure challenge ahead of the World Championship

Organising a World Championship is a challenging proposition at any time for any event organiser – let alone in the middle of a global pandemic.

That is the task at hand for Curling Canada which hosts the Men’s and Women’s World Championships 2021 in Calgary – welcoming squads from across the globe to the North American country.

Arranging a venue, a tournament schedule, accommodation, food and everything else you associate with a major tournament – Curling Canada had to also ensure this was done in a bio-secure manner.

Event Presentation and Athlete Liaison officer Nolan Thiessen — a former World Champion in the sport and current “Skip” of the World Curling Federation’s Athlete Commission — was one of the individuals tasked with ensuring the competition could take place in a safe way for all involved.

“It has been extremely challenging,” Thiessen explained when discussing the organisation’s planning of the championships.

“The Government of Canada has put the importantance of the health and safety of Canadians first during these times but also obviously recognised the importance of major championships such as the World Curling Championships, especially with the Olympic Games and qualification so close.”

The first challenge for the organisations was to secure quarantine exemptions for international travel, allowing visiting athletes to enter the bio-secure environment.

Thiessen added: “The Government of Canada outlined where exemptions were possible to allow for international travel.

“However, as part of this process, and in order to obtain the exemptions for entry, Curling Canada was required to produce a robust health and safety plan which we put in place for not only our international but also our domestic events.

“And logistically, the challenge is that everything is different than normal. You cannot simply assume ‘we will do it like we did it last year’.

“We started from wanting to deliver world class competition on the ice, as we always do, but we really had to take a step back and review each step in the process and then create a plan for it.

“Athlete preparation in the two weeks in advance, to travel to Calgary, travel to the hotel, rooms and food, how we test them, how we maintain wellness checks, how the athletes get to and from the venue as well as how they compete.

“We also obviously had to consider how we can safely provide an environment where our broadcast partners are able to showcase the sport and deliver it to sports fans.”

No stone was unturned when it came to formulating the protocols to ensure the World Championships could take place in a safe and secure manner as Curling Canada approached other sporting organisations in the country who had experience running competitions in a bio-secure way.

“We wrote our initial protocols document along with the support of our Medical Lead based on the National Hockey League bubble plans which were carried out in July through October 2020,” explained the 2010 World Championship winner.

“We also had the opportunity to speak extensively with Hockey Canada about their World Junior Hockey Championship experiences and used that opportunity to expand and strengthen our protocols.”

Not only were the obvious COVID-19 considerations taken into account when arranging the bubble for the World Championships, but athletes’ and officials’ mental health is heavily supported in the bio-secure environment:

“Athletes or event staff can confidentially get a hold of someone if they need to.

“We have also provided space at the venue where athletes can attend games when they are not competing to ensure the event is not a case of just competition on the ice then heading back to your hotel room.

“Facilities wise, we have provided each team, at minimum, one larger suite at the hotel where it can be defined as their ‘meeting space’.

“The athletes are then able to get together with their team, after they clear their arrival quarantine, where they can meet socially distanced and unwind.

“Many athletes have also taken on their own ways to relax including everything from bringing in their own gym equipment to building elaborate Lego structures.”

With the pandemic continuing to cross the global landscape in waves, it must be considered that – at least for the foreseeable future – that competitions all over the world may be hosted in bio-secure environments, a scenario that Thiessen admits he would not relish.

“I can see a future where international events require health and wellness protocols to be provided to government authorities to the extent that it is required to bubble the athletes and broadcast partners, but I do consider this to be the ‘new normal’,” he said.

“I think we all want to these events in front of fans and spectators whenever it is safe to do so. The athletes love to compete in front of a packed house and that is something they do not get to do this year, but I hope they do in the near future.”