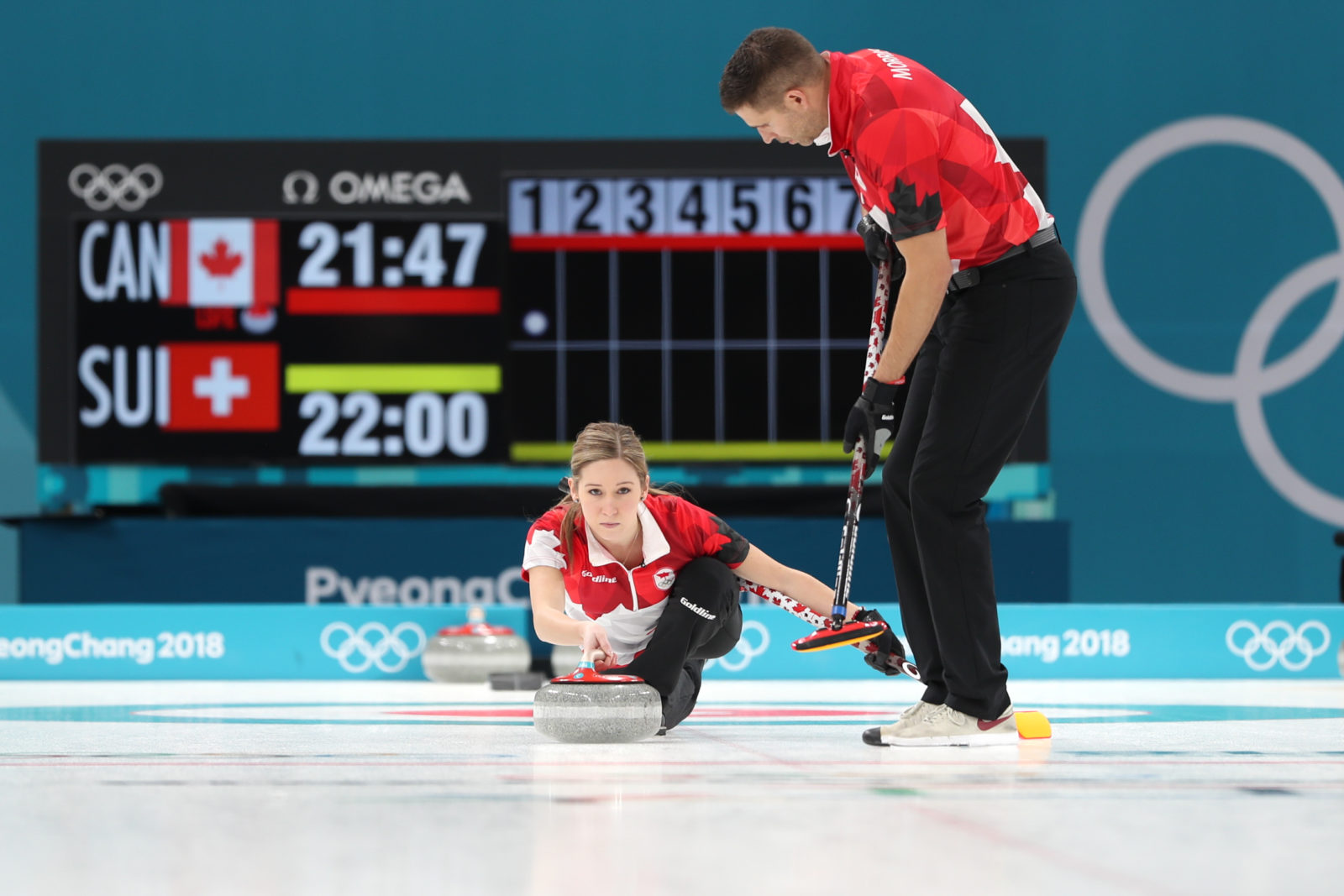 From standing on top of the medal podium as part of Canada’s Team Jennifer Jones in Sochi, to winning mixed doubles gold four years later alongside John Morris in PyeongChang, it is safe to say Kaitlyn Lawes enjoys an Olympics.

The Manitoban is the only Canadian curler to win gold at successive Olympics. Quite the remarkable feat.

So, it comes as no surprise when Lawes refers to the Olympics as “Disneyland for athletes”.

“They are simply magical. It’s the happiest place on earth,” she says.

“From meeting the other athletes, to being part of a bigger team and coming together to cheer everyone on is such an incredible feeling.”

Lawes followed up her Olympic triumph with gold at the World Women’s Curling Championship 2018 at home with Team Jones.

Reflecting on her experiences in Sochi and PyeongChang, Lawes says it is hard to believe it has been three years since her mixed doubles success.

“It honestly feels like yesterday,” reminisces Lawes. “Representing Canada at the first ever Mixed Doubles competition in the Olympics was an incredible honour that I don’t take lightly. I am forever grateful and look back on those memories fondly.

​”We were so humbled and proud to have brought home the first gold medal to Canada in Mixed Doubles. My number one goal going into the games was to enjoy the experience, but also show the traditional curling fans how truly great Mixed Doubles is.

“Our previous experience definitely helped us. Having played in Sochi in 2014, it 100 per cent helped me with what to expect at the Olympics.

“We knew the competition would be fierce, and we didn’t entirely know how we would stack up against the other doubles teams, but we hoped that our big game experience would help us in those pressure moments.”

Always a fan of the Olympics, Lawes confesses she would often get emotional watching athletes sing their national anthem growing up.

When the time came to stand on the top of the podium herself, it was an “inspiring and powerful” moment.

“My favourite part about the PyeongChang Olympics, was the fact that my family was there,” reveals Lawes. “My mom, brother, and fiancé were all able to join me in Korea and that meant the absolute world to me.

“I am so happy that they could experience the Olympics with me. Getting to run into the stands to see them after we won the gold was the best feeling in the whole world.

And the Olympic flame is still burning strong for Lawes, who is aiming to make it three consecutive Games appearances in Beijing with her women’s team.

As for the mixed doubles, she is keeping it in the family this time around and has opted to partner her nephew, Connor Lawes, something which is incredibly important to the 32-year-old.

“I do dream about going back to the Olympics,” admits Lawes. “I am still hungry and motivated to share that experience with the current team I am on. I can’t say that I have ever thought about winning three golds in successive Olympics.

“As much as that sounds amazing, to me it is not about that, it’s more about setting goals and enjoying the process with my teammates.

“​My priority has been with our women’s team and getting back to the Olympics in the traditional discipline.

“That being said, if it doesn’t happen, I am equally excited at the opportunity to try for Mixed Doubles again. I have enjoyed curling with Connor a lot and can’t wait to see what he accomplishes in the sport.”

‘The past year has been challenging’

With the focus now only Beijing in a year’s time, preparation to compete at the Ice Cube in 2022 has been far from ideal during the current COVID-19 pandemic.

“I won’t sugar coat it; the past year has been challenging,” says Lawes. “With the cancellation of almost every event, it feels like we have lost our jobs. And, with most on-ice and off-ice training prohibited where we are, we have had to get creative with our training.

“The ‘bonus’ time at home has been a blessing in some ways, but I certainly miss the curling community, my teammates and competing on the world stage.”