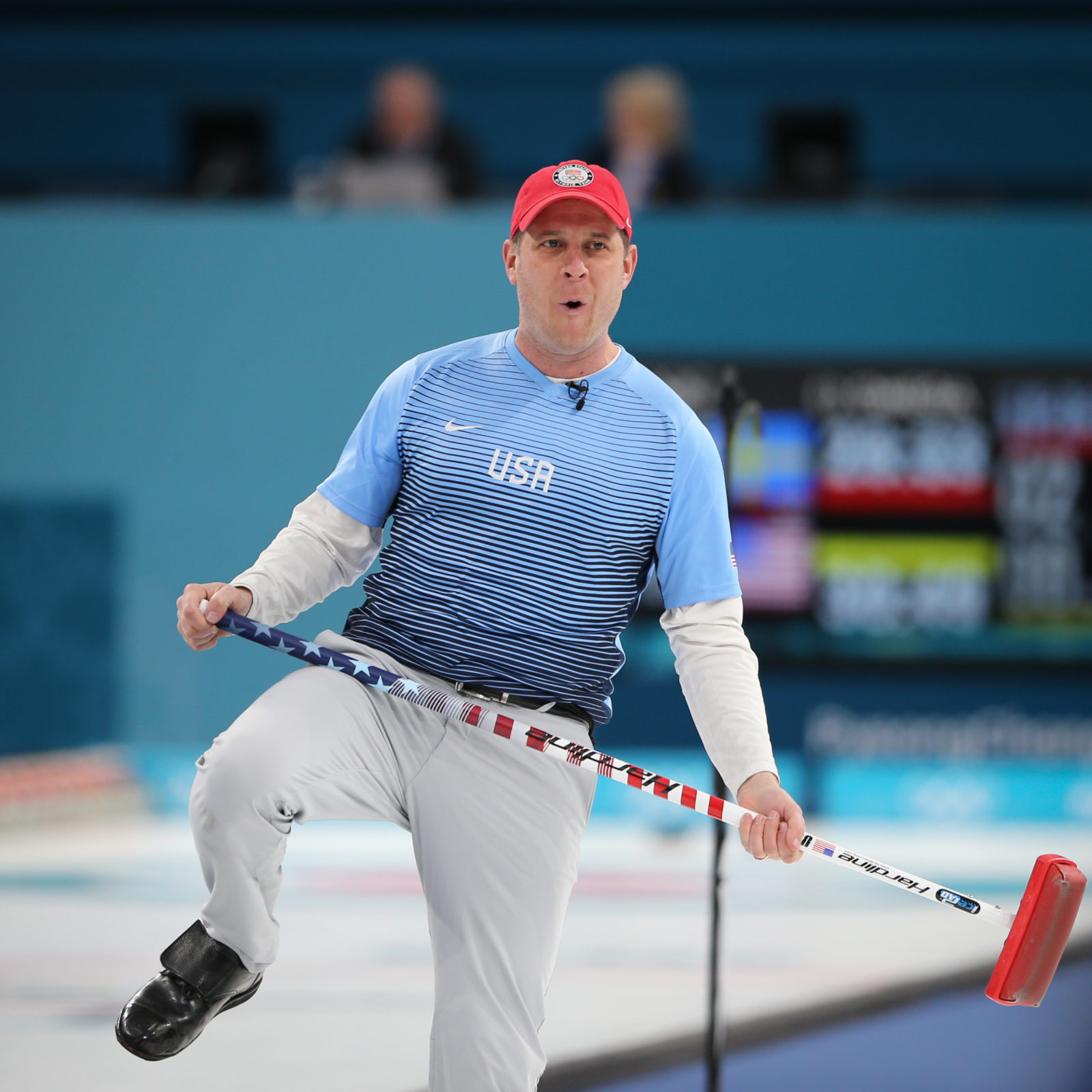 Every Olympic journey has its own story; each as inspiring as the next. The Olympic dream for John Shuster was finally realised three years ago when he led his team to gold in PyeongChang — the first American curlers to achieve such a feat.

With just one year to go until Beijing, the Minnesotan is hoping to return to the Games to do what no men’s team has done before — defend its Olympic title.

Making history is not unusual for Shuster. The seven-time United States champion was part of the first American rink to win an Olympic medal, with Team Pete Fenson in Turin 2006. But the aftermath of PyeongChang’s accomplishment was unlike anything he had experienced beforehand.

“We partied for a solid year afterwards,” reveals Shuster.

“We were only home for a few days. There were about 500 people waiting for us at the airport when we returned. It was pretty emotional. I hardly got a chance to hug my wife at all, because she was pretty much on a flight right after the game was done.

“But when we arrived home, our curling club had a massive celebration and that’s where most of our days afterwards were spent – celebrating at the club.

“We went to New York City for a few days and Los Angeles afterwards. So, it was a whirlwind, for sure.”

‘A bad day for Canada’

PyeongChang was the skip’s fourth attempt at capturing Olympic gold, a dream he had been pursuing for 16 years —ever since the Salt Lake City Games in 2002.

Despite it taking a while to become accustomed to being an Olympic champion, Shuster says it has been the honour of his life.

He continues: “Being part of Team USA, talking to different athletes in lots of sports was something I enjoyed; being a member of a bigger team.

“I remember we played Canada in the semi-final, five hours after the US women’s hockey team played the Canadian women’s team for gold.

“Every time we passed any of them in the village, we would nod and be like, ‘it’s going to be a bad day to be Canada tomorrow’.

“It was that kind of fun and camaraderie that we loved. That feeling of holding our end of the bargain definitely pushed us.”

During Team USA’s gold medal-winning run, the rink captured the imaginations of many back home, including numerous celebrities supporting them on social media.

From American footballers Vernon Davis and JJ Watt to the A-Team’s Mr. T and rapper P Diddy, the Duluth-based team had a strong, enthusiastic backing.

Recalling what he refers to as his “five minutes of fame”, Shuster says the team’s experiences following the success in South Korea were memories which would never be forgotten.

“We went on the Tonight Show with Jimmy Fallon and ended up attending a state dinner at the White House as a guest of the President. It was crazy,” says Shuster, who admits his gold medal has seen better days after spending most of its time in a travel case.

“We also delivered a rock for an outdoor hockey game in the NHL Navy–Marine Corps Memorial Stadium between Washington Capital and Toronto Maple Leafs with 50,000-plus people there.

“At home I’m just a dad and husband but for a time I was John Shuster, Olympic hero.”

Notwithstanding his momentous mark made on the Olympics, the 38-year-old is yet to rest on his laurels and Team Shuster is now building towards retaining its title in Beijing.

But in what has been a difficult past year for curlers around the world, the COVID-19 pandemic hit particularly close to home for the Shuster family.

His wife tested positive early on, and as a result he says, the whole household “essentially had it”.

The family recovered and were able to enjoy some time together as a family, a rarity in recent years according to Shuster. It included spending more time fishing by the lake with his son and focusing on a healthy recovery. He has lost 25 pounds since the pandemic began.

“My motivation to keep playing after the last Olympics is that I felt I unlocked the key to enjoying playing and competing. We’re having so much fun.

“I feel like I’m still getting better, I’m in much better shape and my motivation now is to see how good I can possibly get.

“Winning or losing doesn’t matter as much as that feeling of accomplishment of your team just constantly getting better.”

But before Shuster begins to plot the defense of his Olympic title, he acknowledges there are some obstacles to overcome at home first.

“In order to reach Beijing, there are other goals we have to achieve. First, we will need to win the Olympic trials and we have two other great men teams in our country that we’re gonna have to beat.

“Nonetheless, our goal will always be the Olympics.”