The miracle of birth has given me motivation for Beijing, says Anna Hasselborg 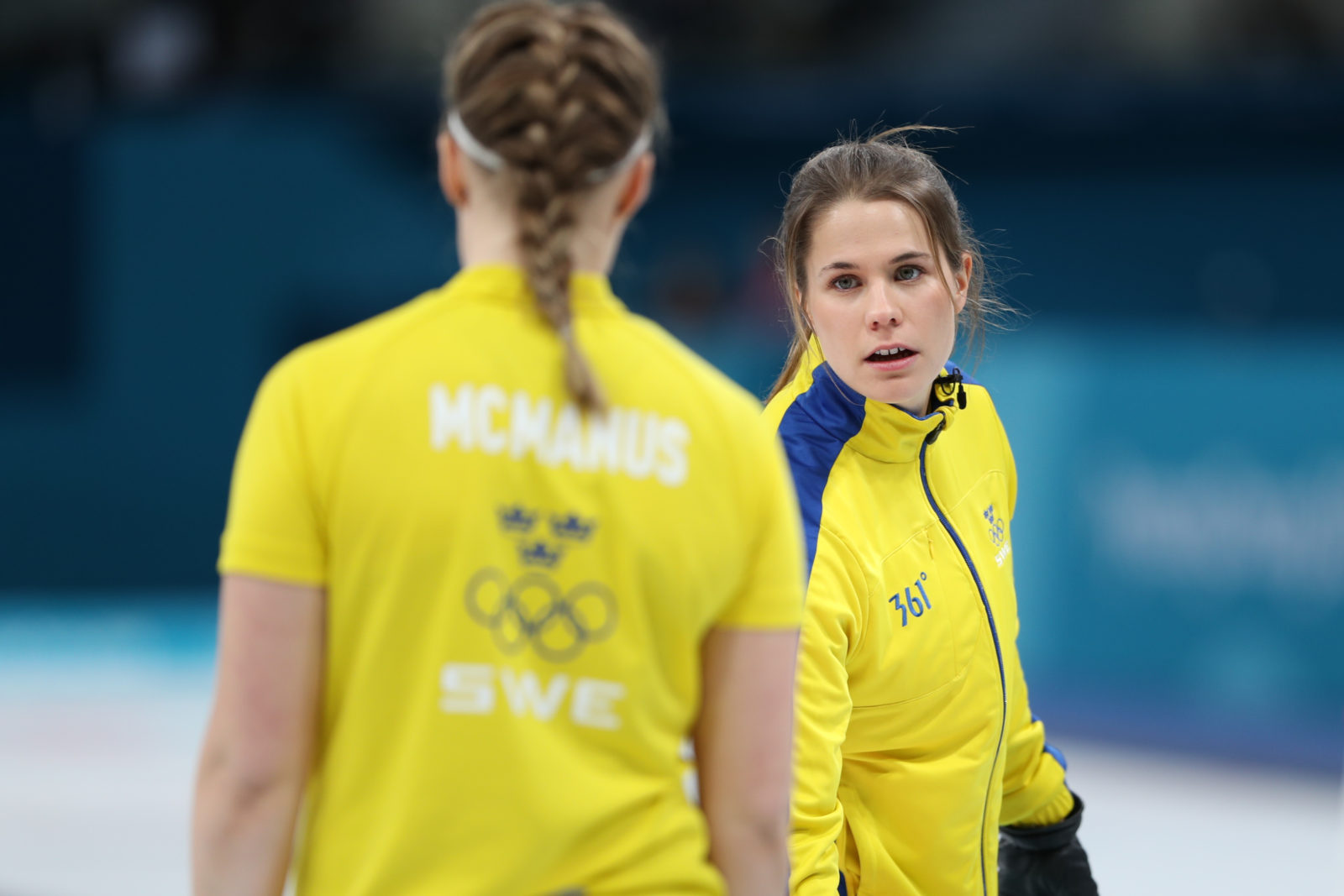 Home / News / The miracle of birth has given me motivation for Beijing, says Anna Hasselborg

Less than nine months after giving birth, Anna Hasselborg believes she is training harder than ever before. Now, with her focus on Beijing 2022, the skip bids to defend her team’s Olympic title.

Speaking from her home in Sweden, with eight-month-old Mira sitting on her lap, the glee and pride from Hasselborg is palpable.

But with the recent cancellation of the LGT World Women’s Curling Championship 2021 and the lack of competitive time on the ice, the Swede is chomping at the bit to get back on the grind.

“I miss it so much,” Hasselborg admits.

“However, on the plus side, we haven’t travelled as much. So, I have been able to spend lots of time with Mira at home.”

Team Hasselborg followed up its 2018 Olympic triumph with back-to-back European titles in Tallinn and Helsingborg, as well as successive silver medals at the World Championships. The quartet even scooped the ‘Best Female Athlete Team of PyeongChang 2018’ award.

But the most life-changing moment for 31-year-old Hasselborg was the arrival of Mira in June 2020.

“Since the pandemic, our plan has changed a little bit at home. Initially, my husband would have taken more parental leave but in fact, she has been with me all the time instead,” she says.

“Sometimes it’s a little bit of a challenge to train and she joins me wherever I am. At the curling rink, she never wants to fall asleep, so she stays in the stroller watching us curl.

“At the gym, she doesn’t want to sleep either. We have built up this area where she could be safe and she actually learned how to crawl at the gym, as you should do, right?

Team Hasselborg, along with Team Niklas Edin, are two teams the Swedish Curling Association employs – a partnership with the Swedish National Olympic Committee.

The arrival of Mira reminded Hasselborg of the many women who have given birth whilst curling that have come before her and succeeded in coming back to the sport.

While she acknowledges it took her body a little while in the beginning, the Swede believes she is now back to where she was before pregnancy.

“I took it very slow in the beginning and really, really listened to my body, taking it step by step,” continues Hasselborg.

“There are so many amazing examples of what the women’s body can do. It is a miracle that I can give birth and go back to competing at the very highest level.

“We have so many new mums in curling. They have definitely shown that it’s possible and I think it is so important that you should not feel that you have to choose one thing or another.

“Plus, I’m very fortunate I have incredibly supportive teammates that said they believed in me and that is so important.”

The team has been together for close to seven seasons and has established a close bond, with many of the friendships going back more than 20 years.

Hasselborg describes vice-skip Sara McManus as the team’s sheep dog as she “keeps the herd together”, with lead Sofia Mabergs labelled tactious, as well as being the “funniest girl in the world”, according to Hasselborg.

Agnes Knochenhauer, who throws second, has known fellow Stockholmare, Hasselborg, since they were only ten years old and is described as the “most loyal and driven” person she has ever known.

And with less than one year to go until they defend their title in Beijing, the new mother claims she has never been more motivated with Mira now in the world.

She says: “I’m inspired. I have an increased value with what I love doing in life and I will really try to make the most out of the moments when I compete now.

“It motivates me to see that Mira loves being around and hanging out with the girls.

“Agnes and I obviously train so much as we live in the same city. Mira and her have such a special bond. She loves Mira and is also the best babysitter there is in the world.”

Aside from the new addition to the Hasselborg family, the goal remains firmly the same: to win the Olympics again.

With friendly games against fellow Swedes Team Niklas Edin helping to tick over the gap in competitiveness, the work in the gym remains critical in ensuring they qualify to represent Sweden again.

This is because, as Hasselborg remembers, it was them “clipping at the heels” of others in the last Olympic cycle.

“One of the strengths in Swedish curling is the women’s side,” she adds.

“We have that experience of knocking down the favourites when we just beat Team Margaretha Sigfridsson before 2018.

“So, for us, we really, really want to keep as far as we can away from the others and keep on our toes.

“We never wanted to take representing Sweden for granted.”

Pressure is a privilege, according to Hasselborg. With an Olympic gold and two European titles it is safe to say they thrive on wearing the yellow and blue.