Around the Zones: December 2020 Updates 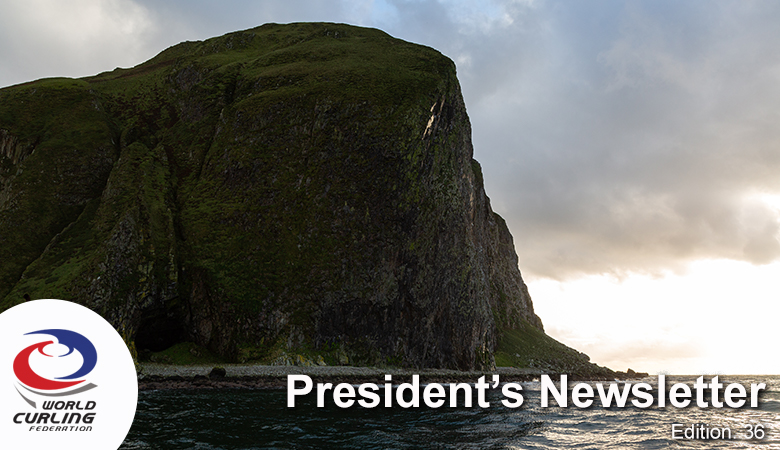 Despite Brazil being one of the most affected countries by COVID-19, Ice Brasil has been trying to keep its athletes and fans all over the world engaged, so it was really unfortunate that the Brazilian Curling Day had to be canceled.

The concept, supported by the Brazilian General Consulate in Zürich, World Curling Federation, Swiss Curling, Grasshoppers and Küsnacht Curling Clubs and CEBRAC, was to host learn to curl sessions, based on the World Curling Academy First Stone Programme, targeted at the Brazilian community in the German and Italian speaking parts of Switzerland, inspired by a similar workshop held in 2017 in Toronto, together with Curling Canada and Rock Solid Productions.

Looking ahead, Ice Brasil has a new World Curling Federation female representative and Curling athletes’ representative (welcome to the team, Alessandra Barros and Claudio Alves!) and is counting the days for the Arena Ice Brasil reopening in December, when Scott McMullan takes over the coordination of the curling school.

As temperatures grow colder and the inevitable winter conditions set in, many curlers across Canada are prepared to lace up their shoes and return to play for the upcoming 2020-2021 curling season.

And though this season may have a different look and feel amid Curling Canada’s COVID-19 Return to Play guidelines, the classic four-person team game has taken on many other formats that remain safe to play.

With mixed doubles, a variant of the sport which has already cemented itself as a titan in curling as an Olympic sport, and triples, Curling Canada’s latest modified curling method, there is ample opportunity for you to enjoy your curling season in a safe and fun manner.

Though COVID-19 is changing the way we approach curling this season, Curling Canada has developed a new format of curling that is entirely COVID-19 compliant: singles.

As its name suggests, curlers compete as individual throwers when playing Singles. However, like all other disciplines, Singles curlers still have the support of sweeper(s) and a line-caller to assist them in executing their shots. 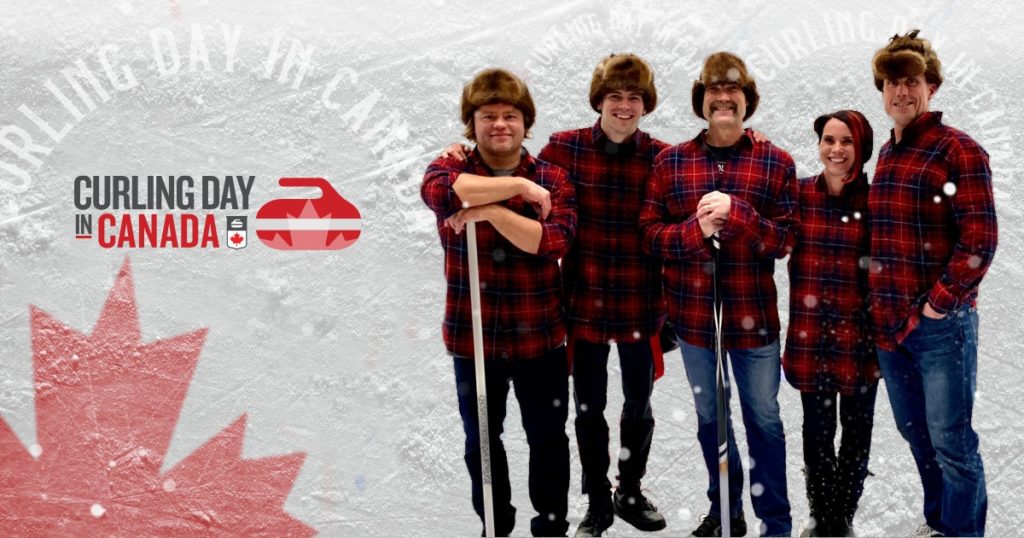 This year has been a year of adjusting, but that doesn’t stop Canadians from celebrating the sport of curling.

The third annual Curling Day in Canada celebration will take place on Feb. 27, 2021, and will celebrate those who have found a way to #keepcurling.

Curling Canada is asking curlers and fans to share their favourite personal curling stories for a chance to be selected to advance to the voting round for the chance to win a trip for four to the 2022 Tim Hortons Brier!

Additionally, curlers can celebrate by joining Canada’s BIG Game and Fundraiser on Feb. 27 for the chance to win a $10,000 renovation grant for your curling centre.

You can find more information at www.curlingdayincanada.ca/ 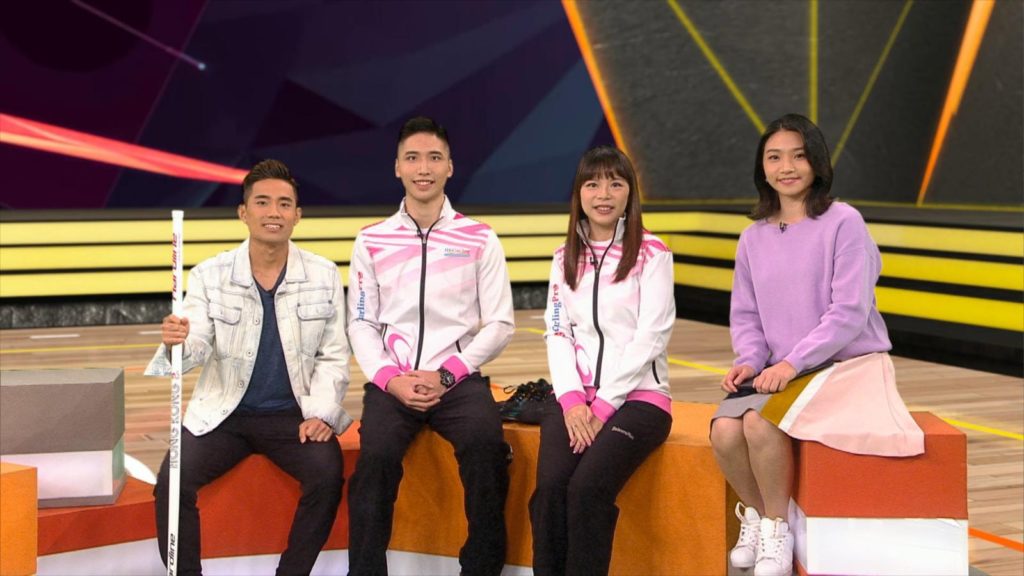 Over the past few months, members of the Hong Kong Curling Association have been busy giving both television and radio interviews on local media, including Radio Television Hong Kong and Commercial Radio. John Li, President of the Association, explained the birth and growth of the sport in Hong Kong since the Sochi Olympics, whilst Martin Yan and Ashura Wong, both members of the Hong Kong team, shared their love for the sport and their experiences of competing internationally. The interviewers were excited, particularly when they were forced by Martin to throw and sweep!

By engaging with local media during 2020, it is hoped that more people will try curling after the pandemic. The Hong Kong Curling Assocaition plans to take full advantage of the exciting opportunities that lie ahead with the opening of two new ice rinks in Hong Kong and the Beijing Olympics in 2022.

To say that the COVID-19 epidemic has derailed what was set out to be an ambitious season for Curling Luxembourg, would be an understatement. International events cancelled, national tournaments postponed, and training sessions juggled from here to eternity, this is the new normal for curlers in the Grand Duchy.

Nevertheless, we have kept the spirit of curling alive even in these trying times, as witnessed by the Wheelchair Curling Introduction Week. In a series of events in mid-October, we partnered with the Luxembourg Paralympic Committee to promote our wonderful sport among people with disabilities.

We were not disappointed.

Turnout was beyond anything we had expected, and it seems that the combination of a low-contact sport together with the, well, infectious friendliness of our club members turned quite a few attendees into regular curlers.

Most importantly, however, we went to great lengths to protect our most vulnerable members. Taking the cue from the state authorities, Curling Luxembourg did not hesitate to implement social distancing measures both on and off ice and was quick to adopt guidelines to safe play. And while this has interfered somewhat with the usual style of play, we have to admit that it also made the games a bit more interesting, at least until indoor facilities were shut down all over Luxembourg in late November. We all know what they say about the best laid plans of mice and Luxembourg curlers…

Nevertheless, we are all hopeful that we will be able to pick up where we left off sooner rather than later and really look forward to meeting again with our curling friends in the country and beyond.

With that said, anyone interested in a game of e-curling? 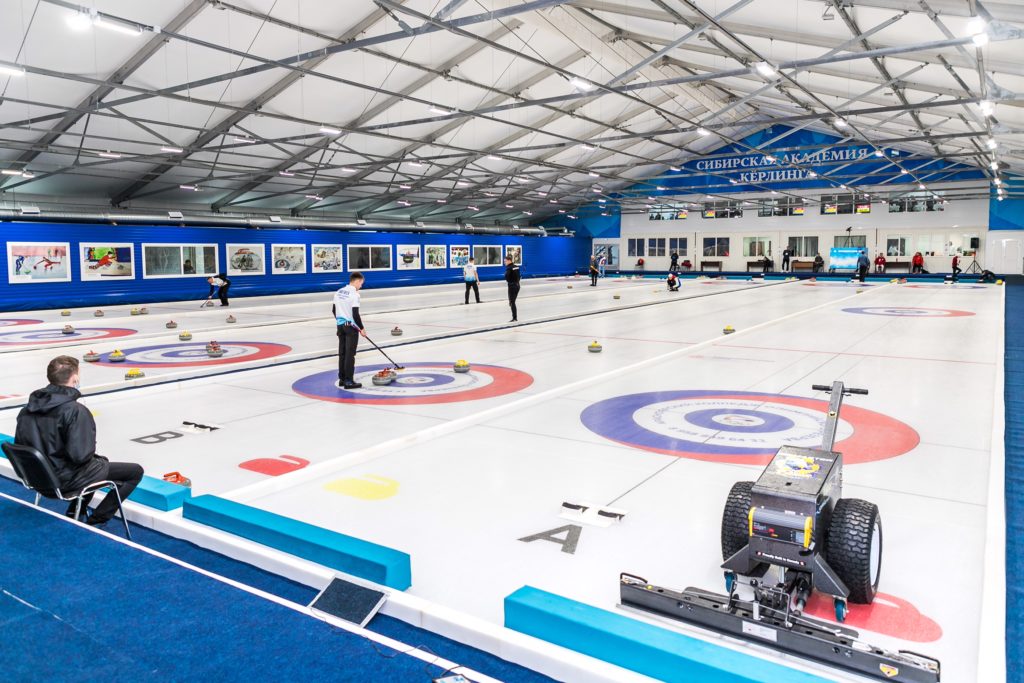 On 27 November, an official opening of the new five-sheet curling facility was held in Krasnoyarsk and became the most important event, honouring the 10th anniversary of curling in this region. The rink is part of the legacy left after the World Universiade 2019 and World Junior Curling Championships 2020. Along with the existing three sheets, the Curling Hall can accommodate all curlers from the city and its suburbs.

The celebrations featured a drawing contest with more than 100 participants from local schools aged 7 to 17, and the winners got a chance to play curling. The curling club walls are now decorated with their work.

And finally, the new Krasnoyarsk Arena provided an opportunity to host the Solo Curling Tournament – new discipline which was established earlier in several clubs in Russia and got new perspectives with all the COVID-19 restrictions. The game is played one on one with 5 stones per player and 90 seconds thinking time per end. It appeared to be quite physically demanding, but a great amount of positive feedback was received from the participants.

We look forward to welcoming people from all over the world to Krasnoyarsk, when we come back to the normality on and off the ice. 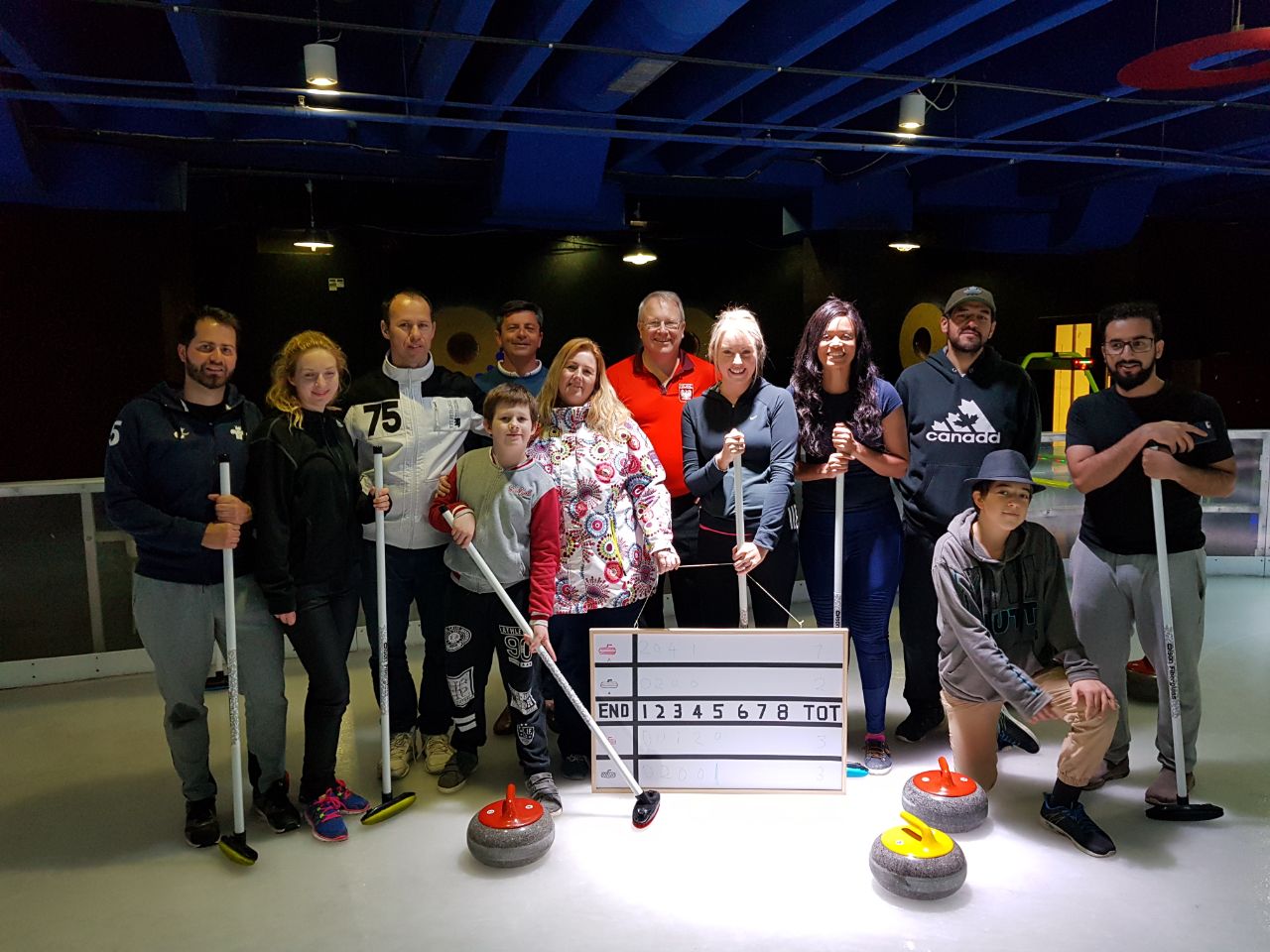 The Saudi Arabia Olympic Committee has recently established a Winter Sports Federation which will promote and provide targeted funding for winter sports. The Kingdom Curling Association is working closely with them to develop a strategy to grow the sport, and to move it from the current niche activity founded by ex-pats towards a mass-participation sport with a full Saudi leadership.

However, with no proper curling rink in the country, curling is limited to the capital Riyadh where a 20m long skating rink in a mall is used. Plans to use a hockey rink in Jeddah are progressing slowly.

We have identified a site in Riyadh which could be converted to house a dedicated five sheet curling rink, and if this is approved and funded by the Saudi Arabia Winter Sports Federation, could be operational within one year from authorisation.

Zain takes over from the founding President, ex-pat Alastair Fyfe who remains involved as technical advisor and Secretary.