Life without limits: I found curling – I never let my disability define me 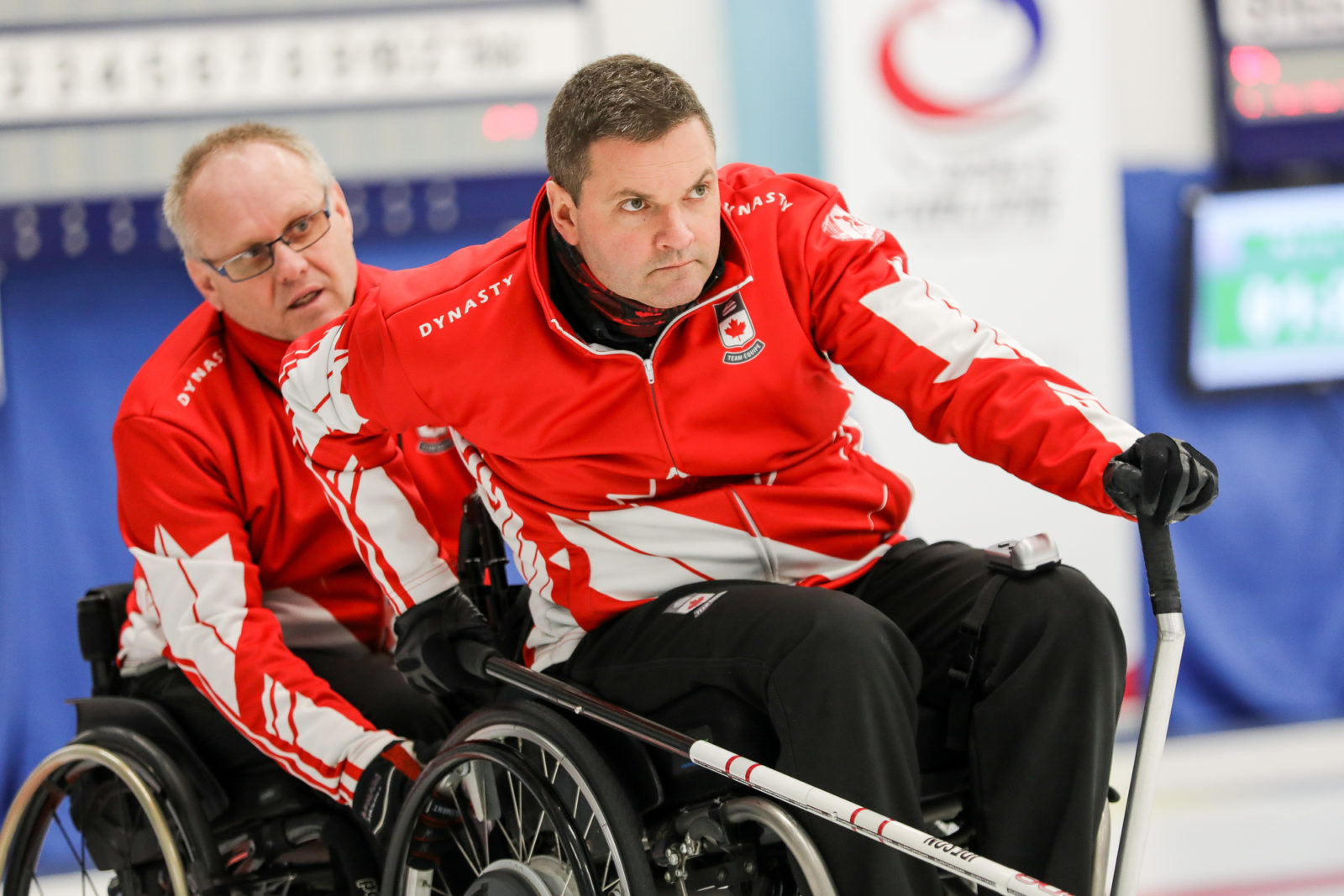 Home / News / Life without limits: I found curling – I never let my disability define me

In a year where life has been turned upside down, it has also been a time of reflection for many across the world. Not least for our athletes, who have had competitions postponed, events cancelled and livelihoods affected.

But this isn’t something new for those that compete in Wheelchair Curling. Challenges are something they are accustomed to confronting head on.

The IDPWD has been a United Nations initiative since 1992, and according to a World Health Organisation report, 15% of the world’s population live with a disability — that’s more than one billion people.

For Ideson, he has lived with quadriplegia for 13 years. Representing his country was something he was keen to accomplish after his accident and so after trying wheelchair rugby, he gave granite stones a shot. In just four years he was on top of the medal rostrum in Sochi. The Ontarian describes himself as “lucky”.

“For me, one of the most important things to do was find community; a group of like-minded people experiencing similar life situations. It could be any number of things including work, hobby, gaming, sport etc. I found curling. It gave me something positive to focus on and the thought of competing inspired me to challenge myself both physically, to throw the rock with precision, and mentally, to educate myself on the tactics of the game.

“I could never have predicted it would lead to two Paralympic games with hopefully a third just around the corner. I have experienced many proud moments along the way, like the first time I put on a Team Canada jacket, wearing the clothing into an opening ceremonies of a Paralympics or singing our national anthem on the podium in Sochi.

“But the moment that made me most proud was looking up at my wife and kids at the end of the Bronze medal game in PyeongChang, knowing the sacrifices they’ve made along the way, seeing them cheering and crying in the stands and being able to share that experience together.”

Swede Petersson-Dahl insists it is important to highlight that despite many people having disabilities, “that you still can live a good and meaningful life” — especially for those in developing countries.

“Disabled people are very integrated in the Swedish society, which means that we can work and feel as everyone else, and we are not as defined by our disabilities as in many other countries. Even if we have come a long way here in Sweden, we still have many things to work on.

“For me personally I have never let my disability define me, but no matter how you look at yourself — other people will always define you as how they see you. That’s why it’s so important that there are disabled persons that can be good role models for children and other disabled.”

“Curling is important for me mentally”

For Canadian skip Ideson, he never expected his tenth year in the sport to unfold the way it did after being on the podium at the World Wheelchair Curling Championship 2020 in March.

“It started off very well with a podium in Switzerland in March. We were lucky to finish the competition in time to get home before the full effect of the pandemic set in and the world shut down.”

For Petersson-Dahl, the COVID-19 pandemic has had significant impacts on his time on the ice.

A member of the Jonkoping Curling Club, the 38-year-old skip has delved into the YouTube archives to develop his tactical side of the game but admits it’s been a difficult period. Like many, sport plays a crucial role for his confidence and not being able to train has had an impact, as he says practicing plays an “important part” in his well-being.

“The pandemic has affected us all in Team Sweden, but in different ways because we live in different places around the country and the possibilities to train have varied,” he says.

“My focus has been on developing the tactical side of the game, and therefore I’ve been watching tons of curling matches on YouTube this period.

“The biggest problem for the national team is that we cannot meet and train as we used to. There are no competitions this year, so it is difficult to keep in touch with each other as we used to.

“The big thing for me when it comes to playing is the everyday practice, that is what makes me feel good mentally. It’s a very important part of my life.”

Sport offers people with disabilities an opportunity to compete. Since the World Championships were introduced in 2002, six countries have won gold. Unlike traditional curling, the rink must comprise of both genders and has been a part of the Paralympic programme since 2006.

“Playing curling empowers me by giving me confidence and it allows me to evolve, both on the ice and outside of it,” says Petersson-Dahl, who says he “fell in love” with the tactical side of the game.

“I aspire to always get better and to compete with the best teams in the world. We want to win every game we play. It is a fantastic feeling when you win a tournament or a medal.”

Recently, the World Wheelchair Mixed Doubles Curling Championship was added to the curling calendar — though unfortunately the inaugural championship has been cancelled due to the COVID-19 pandemic — and with just under 14 months until Beijing 2022, it is an exciting period for teams around the world.

And for Petersson-Dahl, the possibility of mixed doubles being included in Italy’s 2026 Paralympic Winter Games is something to look forward to in the future.

“I think it’s fantastic and I hope that it will be in the Paralympics in 2026,” he says” I think it could give more players the possibility to compete for their country and that’s really a good thing for the sport! I also think playing mixed doubles will force players to play harder and attempt different shots than what we are used to, for example the freeze.”

Ideson, who throws first in his rink, says: “We’ve taken advantage of some of the virtual platforms available to stay in contact during lockdown, which has helped with keeping spirits and motivation high and not letting the goal of a Beijing 2022 podium finish be forgotten.”

This year’s IDPWD theme is poignant: Not all disabilities are visible. Ideson and Petersson-Dahl have both put extra emphasis on their mental health throughout the pandemic in a bid to become stronger for when it ends. Something Ideson describes as a “priority”.

But whatever has been thrown at the way of our wheelchair curlers, they have shown tremendous perseverance and persistence to come through the other side. Whether it be a helicopter accident or the loss of their limbs, they have fought back at life’s obstacles to represent their countries on the world stage.

The IDPWD is not only a celebration of what has been achieved, but what is left to accomplish. Whether they feel “lucky” like Ideson, or “proud” like Petersson-Dahl, we can all recognise the resilience and tenacity of our wheelchair athletes.