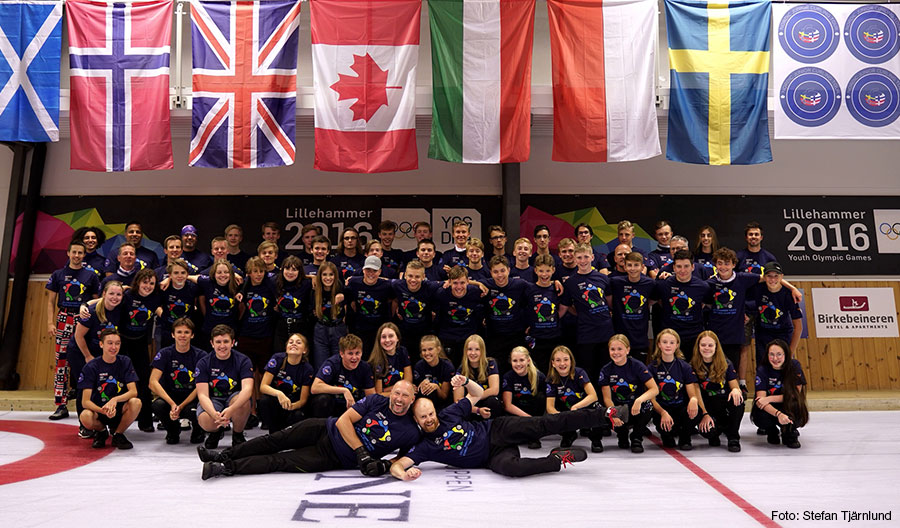 After two extremely successful editions of the Lillehammer Youth Curling Camp, plans were well underway for its third year when the global pandemic put everything on hold.

But with the camp having such a positive impact on everyone who had previously attended, James Dryburgh — the Nordic Junior Curling Tour’s President — and the team who run the camp didn’t want to let the opportunity to help develop young curlers pass them by.

Traditionally, the Lillehammer Youth Curling Camp is an annual week-long programme developed by the Nordic Junior Curling Tour and run in partnership with the Lillehammer Olympic Legacy Sports Centre in Norway, but with international travel and physical distancing restrictions in place, a new way of doing things needed to be developed. 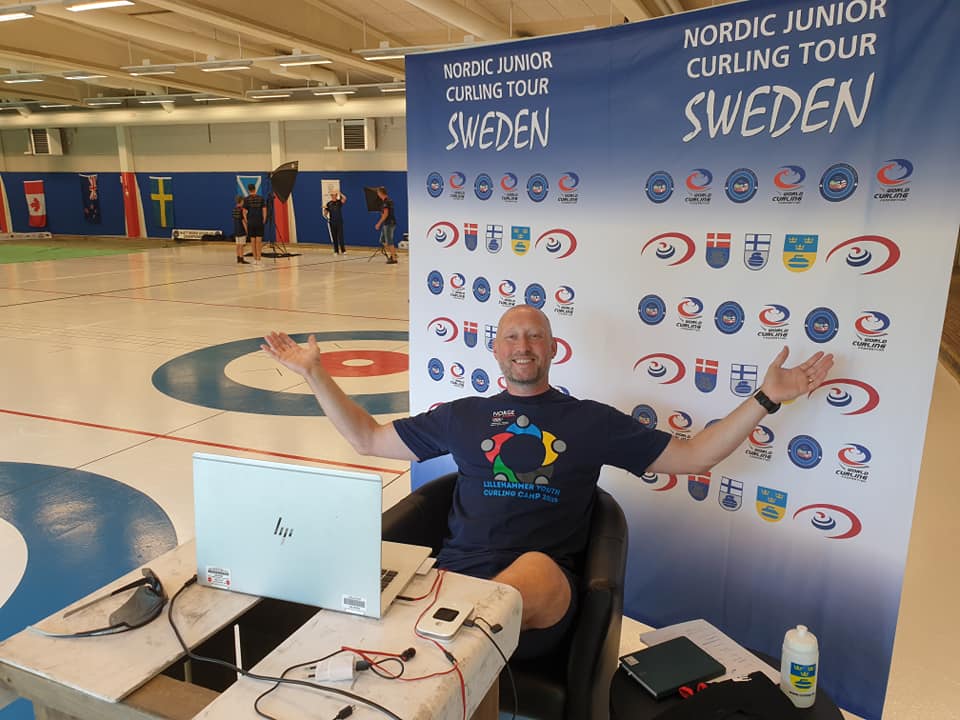 In the previous versions of the camp, a classroom session called “Skype with a Star” had taken place. This session involved an elite athlete taking part in a video Q&A with the campers, with Canada’s Olympic gold medal winner, Marc Kennedy involved last year as well as another Canadian Olympic gold medal winner, Kaitlyn Lawes, who happened to be in Norway at the time, joining in.

Those sessions made the team believe that it was possible to run the entire week-long camp in a similar manner. 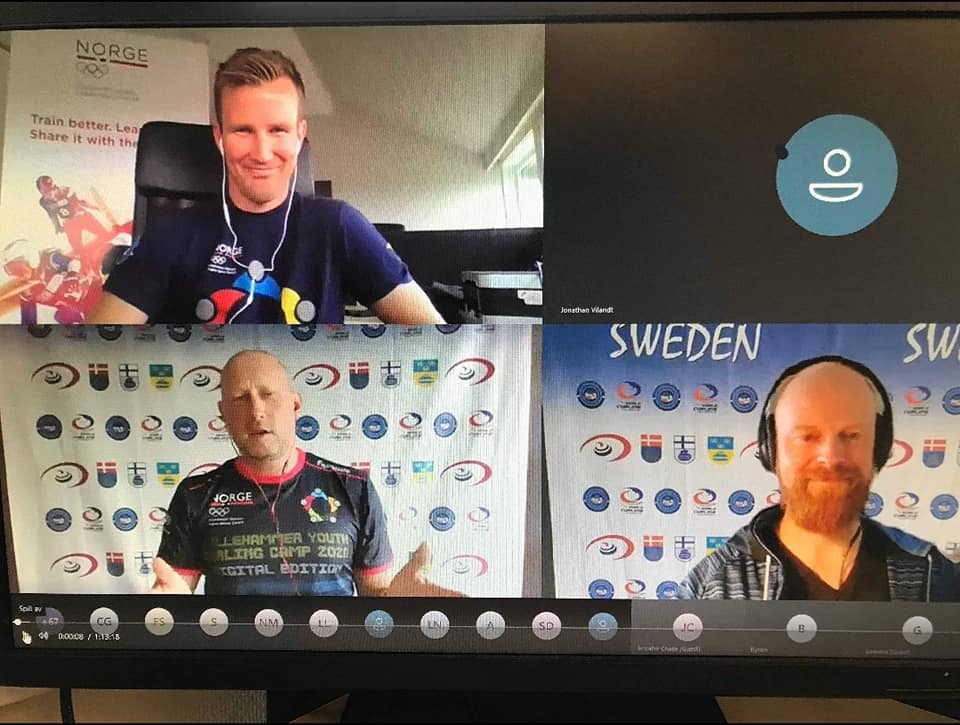 Petter Jevnehagen Moe, the Norwegian Curling Association’s representative to the Nordic Junior Curling Tour, explained, “The success of ‘Skype with a Star’ formed the idea for this method of camp. Because the students have become used to using digital tools for school, it made the transition to this kind of camp easier.”

The week saw a variety of speakers from the curling world, including those with coaching experience, elite athletes and younger athletes closer to the age of the campers sharing advice and talking with the students on a variety of subjects.

Jostein Burass, the CEO of the Lillehammer Olympic Legacy Sports Centre, added, “We also try to involve young coaching talent in the camp to help give them experience. It’s something we want to focus on. We need more good coaches around the world, so this is a good opportunity for them.”

Getting physical in a digital classroom 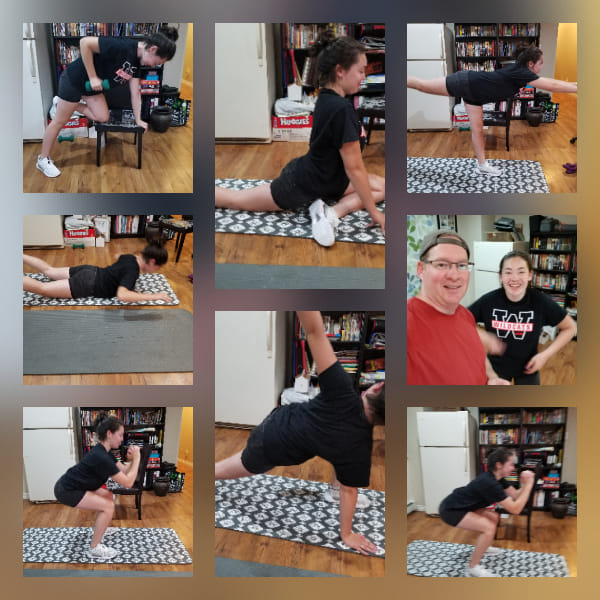 Not content with simply bringing in speakers to educate the campers, the team wanted to get everyone involved in a physical activity together. That began the process of developing a physical training class that would allow the attendees to take part at home without the need for ice or any specialist equipment.

“We really prepared for that session and we had full trust in Per Erik [Mæhlum, the Project Manager of the Lillehammer Olympic Sports Centre]” said Moe. “He did a great job filming and managing that session. The campers obviously didn’t have ice to use, so we needed to build the session they could do at home, in their own time, that would also inspire them to take part”

Buraas added, “We focused on training for injury prevention and core strength. That kind of training works well for a video session like this. We spoke with experts from the Norwegian training centre for the Olympics, who work with different sports, for advice. We tried to use that competence to talk about nutrition and about being a 24-hour athlete. The session was all about giving the kids the tools to manage all aspects of how to succeed in their career and finding balance with it in their everyday life.”

Bringing the campers together

The camp in its normal form is limited to 50 participants, with a focus going to those from the Nordic countries and smaller curling nations. However, the digital edition of the camp brought together 180 participants from 17 countries and with that the challenge of keeping everyone engaged.

Dryburgh explained, “A big challenge in the digital edition was making sure the kids connected well with each other. One of the things we do extremely well in the physical camp and all the Nordic Junior Curling Tour events is connect the kids, there’s an energy to it.

“Through digital, to do this we got them involved in Instagram. At the beginning of the week they all put their accounts in the comments of a post, then we had a competition where they had to find a partner from another country to make a video together.

“In my wildest dreams I wouldn’t have believed we could create the same energy and the same feeling where people were really sad at the end that it was over. That for me was the highlight of the week, all the content and speakers were great, but getting the kids to connect was definitely the highlight.”

Finding other pathways in the sport

One of the fundamental lessons that the camp tries to deliver is that there are more ways to remain in the sport once you progress from youth level.

“It’s a big jump for kids that are almost there but don’t make it to the elite level. There’s potential for more than that and we try to show them other pathways to remain in the sport,” said Dryburgh.

The Nordic Junior Curling Tour, the curling federations in the Nordic region and the Lillehammer Olympic Legacy Sports Centre all work together with a common set of values and a common goal. Collectively they nurture and develop the careers of those who are going on to compete at the top level, but beyond that, their passion for helping young people grow and develop outside of the sport is evident.

Dryburgh explains, “For the kids that don’t make it to elite level, we’re giving them tools to take into other aspects of their lives; controlling yourself; how to work with other people collaboratively; the psychology of how that all works; how you feel if you’re physically fit. We’re not just looking at this as a curling camp, but instead as a development camp for young people. That’s the whole philosophy of the Nordic Junior Curling Tour.”

Looking to the future

The unique circumstances of the 2020 camp gave them the opportunity to bring their philosophy to a greater number of people than is normal. Because of the situation, the team decided to make the digital camp free for anyone who wanted to attend. With such a huge demand and interest in the camp, the team are investigating the possibility of a future expansion.

Burraas said of the decision: “We don’t do this to make money, and in fact from the start we see everything we’ve spent as invested money, because it should be open for everyone. We’ve tried to keep the economic boundaries down as much as possible in all of our camps.

“That’s something we keep in mind as we talk about the future. We would like to expand the camp to two weeks, but, making sure quality remains as high as possible and we give them the best possible product in one week is the most important thing right now.”

Dryburgh added: “Keeping the cost down for the kids is the absolutely the right thing to do, but we can’t go on forever making a loss, so we’re talking to people about getting involved. I think we’ve proven how successful the camp can be. With the Lillehammer Olympic Legacy Sports Centre giving us the ability to do this with the venue and facilities, then the Nordic Junior Curling Tour coming in with knowledge, contacts and the content has been great.”

No matter how the camp grows in future years, the core philosophy remains the same, “It’s really important we see every kid and at the end of the week we know everyone really well,” said Dryburgh. “There’s no-one that gets left behind. That’s hugely important to all of us. We want every kid to feel like part of the camp and not just one of many in the background.”

Reflecting on the growth and success of the camp, Dryburgh said: “The Nordic Junior Curling Tour is a non-profit. We don’t make any money from it, so whatever comes in, goes back to help the kids in one way or another.

“I think in this day and age, with the way the world is, it’s rare for people to do it that way simply because it’s the right thing to do. It’s good, it’s nice and it’s not a cynical thing. That’s why so many of the high-performance athletes are reaching out to us saying they want to be involved.”

You can learn more about the Lillehammer Youth Curling Camp and the Nordic Junior Curling Tour by visiting https://www.nordicjuniorcurling.net/

You can learn more about the Lillehammer Olympic Legacy Sports Centre at https://lolsc.no/