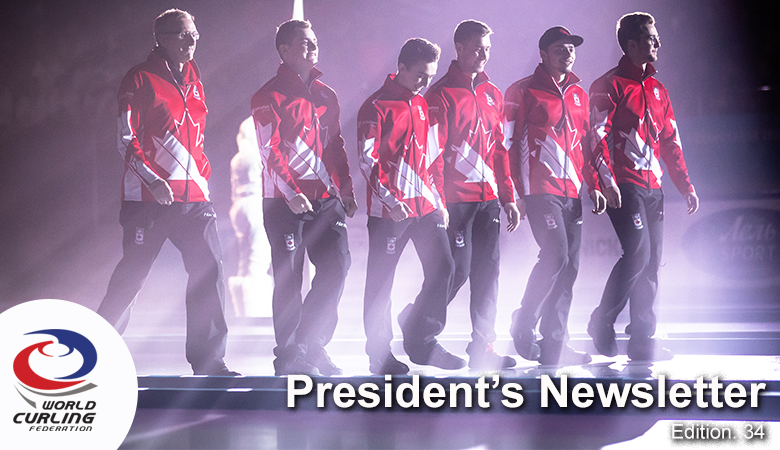 With live sports worldwide on hold due to COVID-19, Curling Canada is encouraging fans to get creative and curl at home.

In a new commercial spot airing during TSN’s “Curling Encore” series on Sunday nights, Canadians are shown passing the time curling with household objects, such as a kettle, a Roomba, a bottle of wine, and of course, a roll of toilet paper.

“Fans are missing their favourite sport with all the clubs closed and tournaments cancelled,” said Kathy Henderson, Chief Executive Officer of Curling Canada. “We wanted to bring a moment of joy to all Canadians during these tough times and remind everyone that we’re in this together.”

In addition to the TV spots, the concept continues online with the hashtag #keepcurling in English and #lecurlingcontinue in French. The ambition is to bring Canadians together by encouraging them to play at home and post videos and photos to social media. 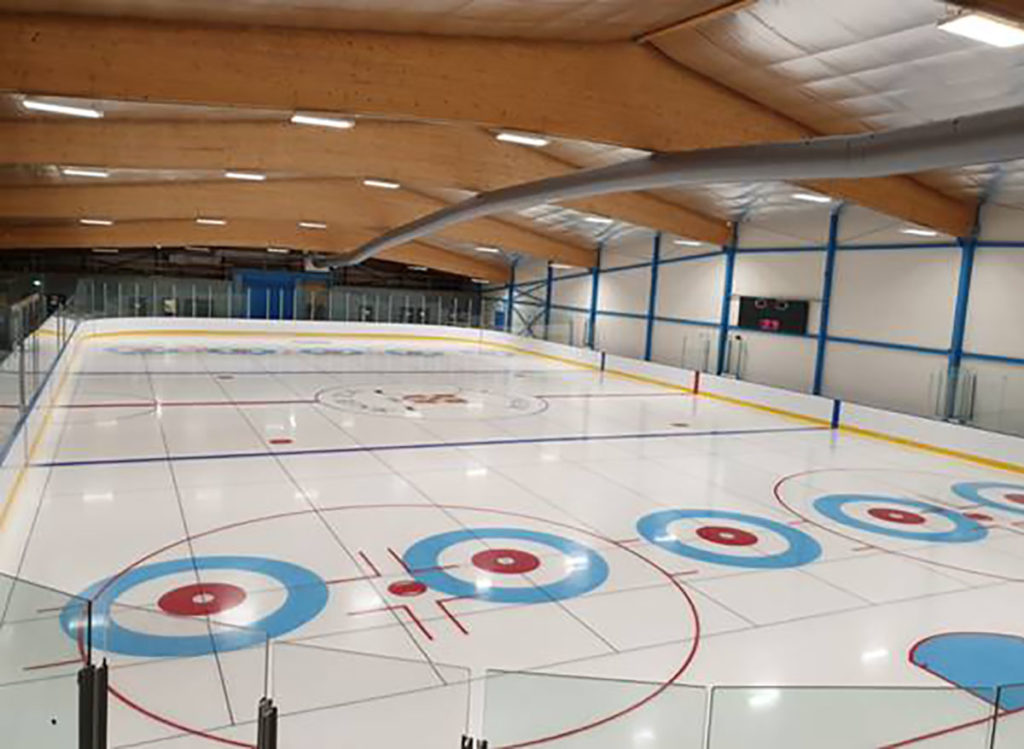 In the last year the number of places where one can regularly play curling in England has increased to three, with one session per week taking place at Cambridge Ice Arena (a multi-purpose facility) adding to the full time dedicated curling rinks at Fenton’s and Barton Grange.

The sessions attract a large number of beginners each week with numbers having to be restricted to allow regular curlers to also get onto the ice. A cold room was installed at the Arena by the Ice Rink to allow the stones to be ready for play almost as soon as they touch the ice while other equipment was part funded by the World Curling Federation Development Assistance Programme and by Sport England.

The lockdown of all social activity in Britain came just three weeks before the end of the curling season but plans were in place to extend the arrangement for another six weeks due to the high demand for ice time.

It remains to be seen what the future holds as the time of the re-opening of the Arena is uncertain and it looks as though there will need to be some kind of social distancing in place which will not make it easy to run curling sessions.

Cambridge is the latest in a line of rinks in the South East of the country where curling sessions on arena ice have taken place over the last 60 years – Richmond (London), Streatham (London), Peterborough, Chelmsford, Alexandra Palace (London) and Aldershot all held regular weekly sessions in the past.

However, finding somewhere to play curling in England was not always so difficult and a website has been created to show all the places where there is a record of curling having taken place.

This is an extension of a project begun some years ago by Scottish curling historian David B Smith who trawled through many old archives, annuals and minute books to create a list of Scottish Curling places.

His successors, led by Lindsay Scotland, have extended the search to England, Wales and Ireland. Their task has been made easier by the digitising of old newspapers in the British Newspaper Archive where many local papers are now available which cover local sports more than the national papers.

At the latest count there were 253 places in the three countries where curling has been known to have taken place in the past, at least 230 of those in England. Many date back from the 19th / early 20th century when the climate was much colder and there were matches between adjacent towns and villages which are recorded in the local papers.

As you might expect the majority are in the North of England but there is a record of an Isle of Wight curling club, and you cannot get much further South in Britain than that.

A map of their locations and the supporting documentation can be found at https://wcf.co/3gc4K1K — any additional information to help grow the project would be gratefully received.

Due to the restrictions of movement put in place because of COVID-19, the Finnish Curling Association (FCA) hosted its first strategy webinar for our FCA Training Group.

This webinar material was recorded and added to our website allowing all Finnish clubs and their players to use for free.

The Finnish Curling Association were only able to build this service and our various other digital content — including the curling calendar, our association’s YouTube Curling Channel and an ongoing full update of our website — is due to the hard work and dedication of our IT guru Markus Sipilä. Markus has given a great deal of his time to create great content for us over the years, which is extremely valuable now more than ever.

The webinar idea and content was well received and has led to new ideas for webinars on different themes for different target groups. These webinars will happen in future and will continue once we return to normal.

Despite this being created out of necessity in this challenging situation, it has been a positive development for the Finnish Curling Association and our operations.

In addition to these new webinars, a website update that includes a new design look and logo are being developed. We are also using this time away from the ice to develop our FCA brand and marketing material further in order to attract new partners and funding, as well as new players, once the world opens up again. 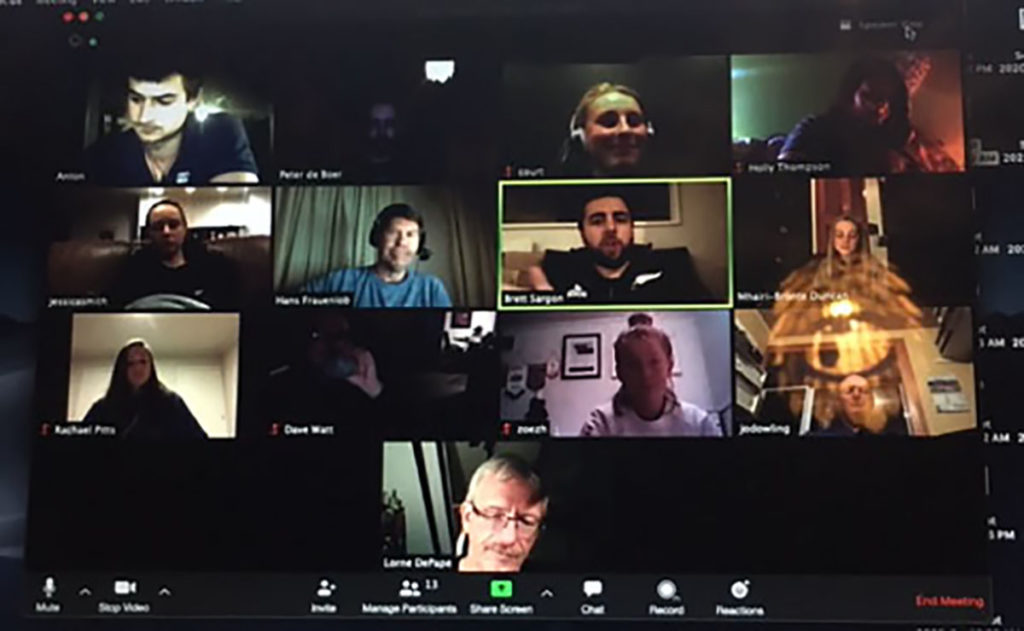 From late-March to mid-May, New Zealand took the bold decision to effectively close our borders and place the country in lockdown.

During the lockdown everyone was allowed to go to the supermarket or go for a walk in the local area surrounding your house. Other than those activities, we were asked to “Stay at Home!”

Lockdown was the perfect time for our curlers to indulge in all of the fantastic video content available online, and as our National Coach, I decided to make good use of the available time and resources to set up a series of Online Strategy Sessions, using Zoom, with the curling community.

Using content that had been researched previously, as well as ideas from some of our athletes, we ran seven two-hour strategy sessions. The session’s covered mens, women’s, and mixed doubles clips from World Championships, The Brier, The Scotties, The Grand Slam of Curling and The Olympic Winter Games.

The sessions covered topics such as “Developing your gameplan”, “Scoring Multiples”, “Understanding angles”, “Teamwork and Communication”, and included fantastic discussions on a wide range of curling-related subjects.

We consistently had between 10-15 athletes on each session, including World Curling TV commentator, Olympian and World Seniors silver medallist, Hans Frauenlob, who was on hand to provide wise advice and encouragement to our younger athletes.

Our intention is to continue running these sessions, but reduce the frequency to monthly.

In a country where our athletes are geographically spread out and getting everyone together physically in the same place only happens a few times a year, these sessions could continue to provide an excellent resource for our curlers to learn more about our wonderful game.

We have gathered together a library of all of the clips used during the sessions and would be happy to share with other athletes and/or coaches.

You can reach me at [email protected] to request access to the clips. 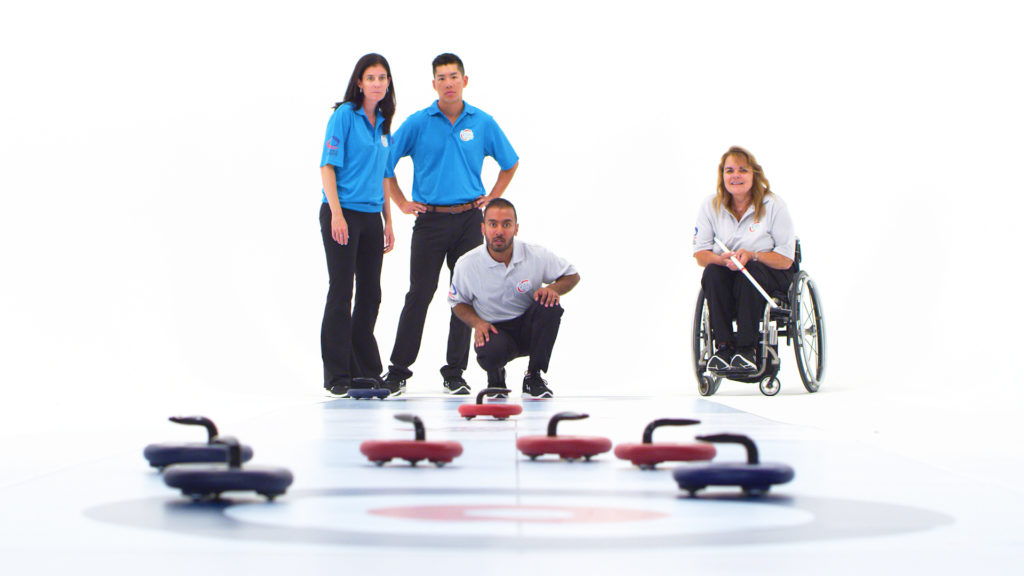 Rock Solid Productions Inc. has teamed up with The World Curling Federation to provide Member Associations with additional resources to grow curling without ice being required.

The FloorCurl Instructional Videos series is a collection of 9 videos that introduces the viewer to floor curling, focusing on Terminology and Scoring, Delivery, Positions, Basic and Advanced Shots, Strategy, and Accessibility.

The video series is one of the first resources available on the new World Curling Academy website which aims to provide tools to develop and grow curling locally and globally.

Visit the World Curling Academy website to watch videos one, two, and seven. By registering for a free account on the website you can watch the full series.

These videos allow nations to grow the sport of curling with innovative and interactive iceless curling initiatives. The training covered in the FloorCurl Instructional Video Series ensures viewers can seamlessly go from FloorCurl to the ice and is a great way to grow the reach of your association.

The video series is currently available in English, Russian, Mandarin, French, Korean, Spanish, Portuguese, and Luxembourgish — with more languages to be added.

The World Curling Academy will be releasing the new Ice Technician and Umpire courses throughout the summer. Subscribe to the World Curling Federation social media channels to get up-to-date news on the progress of these courses.