Olympic silver-medallist Susan O’Connor is one of many curling athletes working on the front lines during the COVID-19 pandemic.

The vice-skip of Cheryl Bernard’s Canadian team at the 2010 Winter Olympics in Vancouver is a Respiratory Therapist working in Calgary, and wrote a blog for the Curling Canada website detailing her job, her fears and her advice to readers.

“The stats on this coming out of Europe, and now the United States, of health-care workers affected are concerning,” wrote O’Connor. “This is not just affecting the elderly. People my age and younger are critically ill in our country right now. Will I bring it home to my family? How many weeks or months will it be before I feel comfortable cuddling my little boy?

“Here’s where all those years of sports psychology come in handy. You have to let go of outcome-based thinking and focus on what you can control.

“So I beg you, please take this seriously. Stay home when you can. Catch up on rest, start that project you’ve been putting off. Reach out to that friend you’ve been meaning to catch up with. Technology is a life-saver these days. Spend quality time with your family. Snuggle up with your kids. You probably don’t realize it, but being bored is a luxury.”

When James Bangura and Joseph Fornie from Sierra Leone, together with Seedia Ceesay, Edward Assine, Keita Kebba and Lamin Camara from Gambia, landed in Lampedusa on October 15th, 2016, after escaping from wars and persecution or simply leaving their homes hoping for a better life, they would have never imagined to start playing curling only a few months later.

Integration with sport: the challenge of the club “Diaconia Valdese” in cooperation with the “Sporting Club Pinerolo” was to include six young Africans in curling.

Kebba had never seen ice before, James had, but in cubes and inside a Coca-Cola. Edward, on the other hand, after he felt the cold for the first time, he thought he would not survive  for more than a few days. 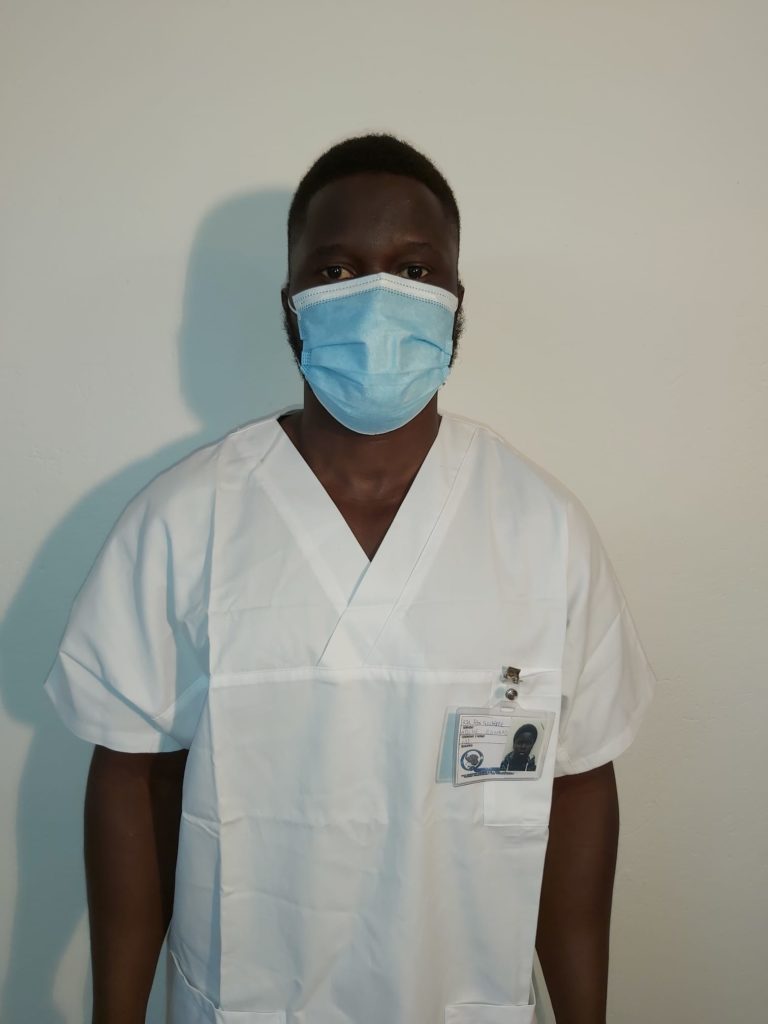 After their first months, the official debut was a match against a mixed team of Pinerolo and in the following year, after having overcome countless bureaucratic obstacles, the debut in the official Serie-C Championship of the Italian Ice Sports Federation finally took place.

But not only did they invest time and hard work in their sports career, but also in their education. They have all been introduced to education programs in order to learn the Italian language and they have also been directed towards specific professional training. Edward Assine had to work really hard for passing a public examination in order to then become a healthcare worker. After finally obtaining the qualification certificate, he has been offered a full-time position and has executed since activities aiming for satisfying the primary needs of elderlies living in Val Pellice in an important healthcare facility.

Edward, always at the front line, has been trying to protect the elderly at risk. While Edward has offered important services for the community of elderly, he has been concerned with the possibility of the virus spreading in Gambia as it did in Italy. As soon as it is possible, the boys will come back and take back up the curling championship, which was interrupted in early March. They want to demonstrate that they can also fight on the sports field.

A young curler from St. Petersburg, Timofei Vinogradov, who is representing the sports club “Adamant”, shared some details on his experience as a nurse in the intensive care unit of one of the city’s hospitals during the COVID-19 pandemic.

Timofei is finishing his third year at the St. Petersburg Medical University while working part-time in the hospital. Whenever he has some free time he heads to his workplace, because these days all hospitals are in need of medical staff. He is not a part of the infectious disease department as his work is mainly focused on the patients who have cardio-related problems, but still he confirms that there are more and more people coming to the hospital every day. This can be partly related to the fact that many of them have to remain inside until they get the COVID-19 testing results, others are getting hospitalized because of stress they are living through these days that causes health issues.

He has an impression of living in a sort of a vacuum these days, home and work being the only places he finds himself at daily. Timofei thinks that all doctors, especially those who are working in the infectious disease departments are heroes. “Just imagine being sealed in the protective suit for instance,” he is admitting, “after 5 minutes it’s getting very hot inside of it! I tried it once, and it was awful. Not to mention the risk the medical staff is putting themselves at.”

In general Timofei is happy to combine studies, work and curling. He first started to work in the hospital at the age of 14 and believes that medicine is his future. After he decided to enter the university there was less time left for sport, but he still has a dream to become a National team player, as he considers curling an important part of his life and continues to practice.